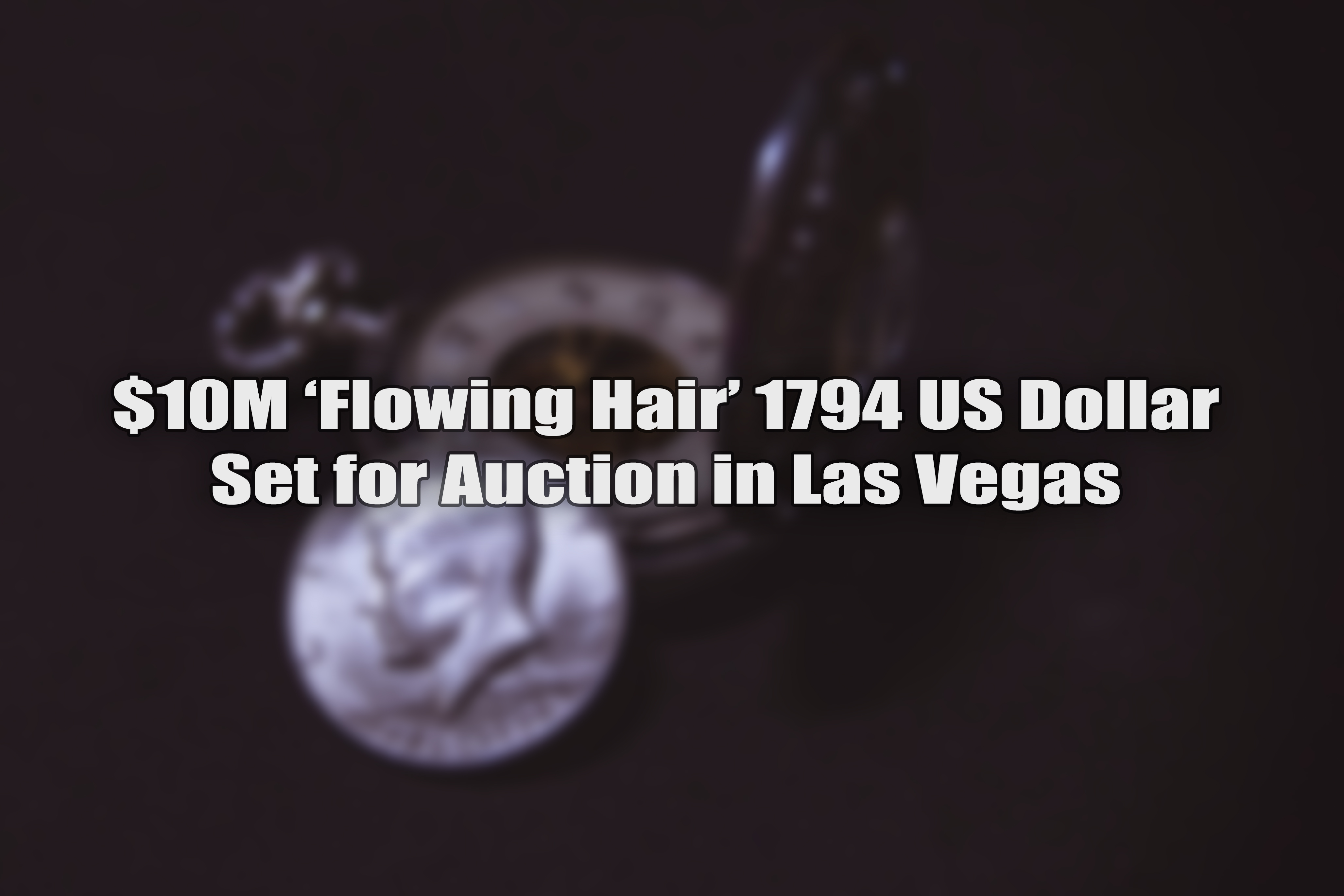 The owner of a 1794 U.S. silver dollar said to be among the first ever minted and shown to be the most expensive ever sold is preparing to put the coin up for public auction in Las Vegas.


Experts say the piece dubbed the Flowing Hair Silver Dollar might again fetch the $10 million that Las Vegas resident Bruce Morelan spent to buy it in 2013.


“This coin is so valuable because it has been identified as perhaps the first piece made in silver” in the young United States, said Douglas Mudd, director of the American Numismatic Association museum in Colorado Springs, Colorado, where the coin used to be displayed.


“It has the record for the sale of any private coin anywhere in the world that we know of,” Mudd said. “It’s in beautiful condition."


Morelan said documents show the coin — featuring Lady Liberty ringed with stars on the front and an eagle on the back — was one of 1,758 silver dollars struck in one day at the first U.S. Mint in Philadelphia. It was presented to then-U.S. Secretary of State Edmund Jennings Randolph, who referred to it with a letter to President George Washington.


Perhaps 300 of those original silver dollars still exist, Mudd said, including about 100 circulating among collectors.


Brett Charville, president of Professional Coin Grading Service of Santa Ana, California, certifies Morelan’s coin is authentic. He grades it a “specimen,” above mint condition, and a 66 on a scale with 70 being perfect. Another 1794 silver dollar, graded 35 of 70, sold last January for $288,000, and one graded at 12 sold last year for $99,000, he said.


“It’s widely believed that this was the first coin off the press,” Charville said of Morelan's coin.


Morelan bought the Flowing Hair dollar from the nonprofit Cardinal Collection Educational Foundation of Sunnyvale, California, which bought it in 2010 for $7.85 million from Steven Contursi, a collector who acquired it for an undisclosed sum in 2003.


Cardinal Collection curator Martin Logies wrote a book about the coin, which Mudd said has several distinctive Mint-made marks resulting from filing it to ensure it was $1 worth of silver at the time.


“Some people buy real estate, some buy stocks. I buy coins,” Morelan said Friday after displaying his world’s most valuable coin Wednesday and Thursday at an event hosted by Charville's business at the Bellagio resort on the Las Vegas Strip.


“I really enjoy building sets. It was the centerpiece of the set,” he said. “It’s time to let other collectors own the set.”


The auction, scheduled Oct. 8 at The Venetian, will feature Morelan's set of silver dollars dated from 1794 to 1804, along with several other of his rare coins in denominations from a half-penny to $10 gold piece. Legend Rare Coin Auctions CEO Matthew Bell called organizing the event a once-in-a-lifetime opportunity.


According to the U.S. Mint, the first-ever circulating U.S. coins were struck in March 1793 in Philadelphia. The more than 11,000 copper cents that were produced drew complaints because they were larger than a modern quarter; bulky for small change.


A different Lady Liberty image was adopted for silver dollars beginning in 1795.


Mudd noted that Lady Liberty remained standard on U.S. coins until 1909, when pennies began being minted with the face of former President Abraham Lincoln.