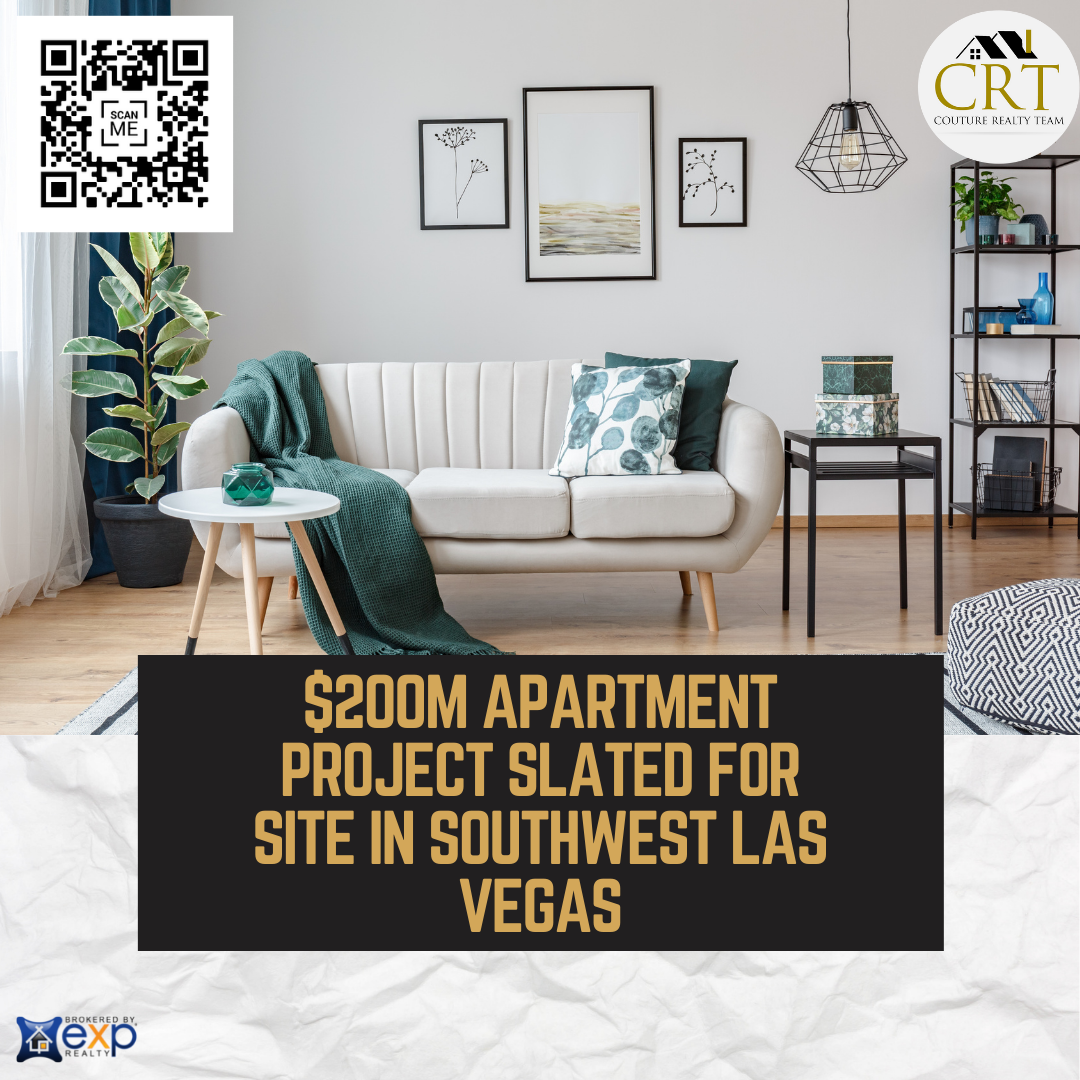 The plans were all too familiar: Build condo towers in Las Vegas.
The end result was all too common as well: The project went nowhere.
Now, more than 15 years after a developer set out to build a cluster of high-rises in the southwest valley, only to leave a giant hole in the ground, another developer is pushing ahead with plans for a big apartment complex on the site.
Tru Development Co. founder Tim Deters told me recently that he aims to close on a construction loan in October for a 614-unit rental project and to start building the underground garage and first batch of apartments afterward.
The project, 8030 W. Maule Ave., between Buffalo Drive and Cimarron Road just south of the 215 Beltway, is slated to cost nearly $200 million, he said.
Deters’ plans long predate the current housing boom that has swept Las Vegas the past year with fast-rising sales prices and rents, shrunken inventory, and concerns of affordability.
But his project is in a part of town that has been growing fast for years and would bring closure to a site that, for a long time, was a failed leftover of a past real estate craze, comprising little more than an untouched crater with a partially built garage.
Like other apartment developers in the valley, Deters plans to have plenty of amenities at his project. He said that it would feature a 12,000-square-foot clubhouse with a high-end gym and that the complex’s first phase would have a pool area with cabanas, a beer garden, and an outdoor workout facility.
Deters said the apartment market overall is seeing “a lot of activity right now” and that developers are still not building enough to meet demand. He also pointed to higher development costs, saying that when they climb, rents go up, too.
Overall, rents are climbing at an escalating speed amid the current housing frenzy. The typical rental rate of a Las Vegas-area home soared almost 23 percent year over year in July, compared with a roughly 9 percent jump nationally, listing site Zillow reported.
Las Vegas’ rent growth was second fastest among the 50 metro areas in the report and was up from a 6.7 percent annual gain in January.
Still, new apartment projects are leasing up, and plenty of people have been moving here, Deters noted.
“Everything’s performing very well right now,” he said.
Like countless other sites in the valley, Deters’ plot previously was supposed to have something else on it: In this case, it was a project called Spanish View Tower.
During the mid-2000s bubble, developer Rodney Yanke acquired the property and announced that Spanish View, consisting of three 18-story condo towers, would “surpass anything Las Vegas has seen” and be “the foundation for high-rise living” in the Western U.S.
It was one of many proposed high-rises from the “Manhattanization” of Las Vegas days, and one of many supersized projects from that era never to materialize.
Work crews excavated the site and started building an underground garage. But construction stopped around mid-2006, according to creditors who filed court papers to push the project into bankruptcy.
Ultimately, a project lender acquired the site out of bankruptcy, but the lender also went bankrupt. Las Vegas broker and investor Jack Woodcock, another project lender, acquired the property through foreclosure in 2012 and later partnered with Deters on the apartment complex.
Clark County commissioners approved project plans in late 2017.
Developers have been building apartment complexes across the valley for years now, though no one has built a residential high-rise in the Las Vegas area for more than a decade.
Given what happened last time around, can you blame them?