4 Things to Watch in Raiders’ Last Game of Season

4 Things to Watch in Raiders’ Last Game of Season 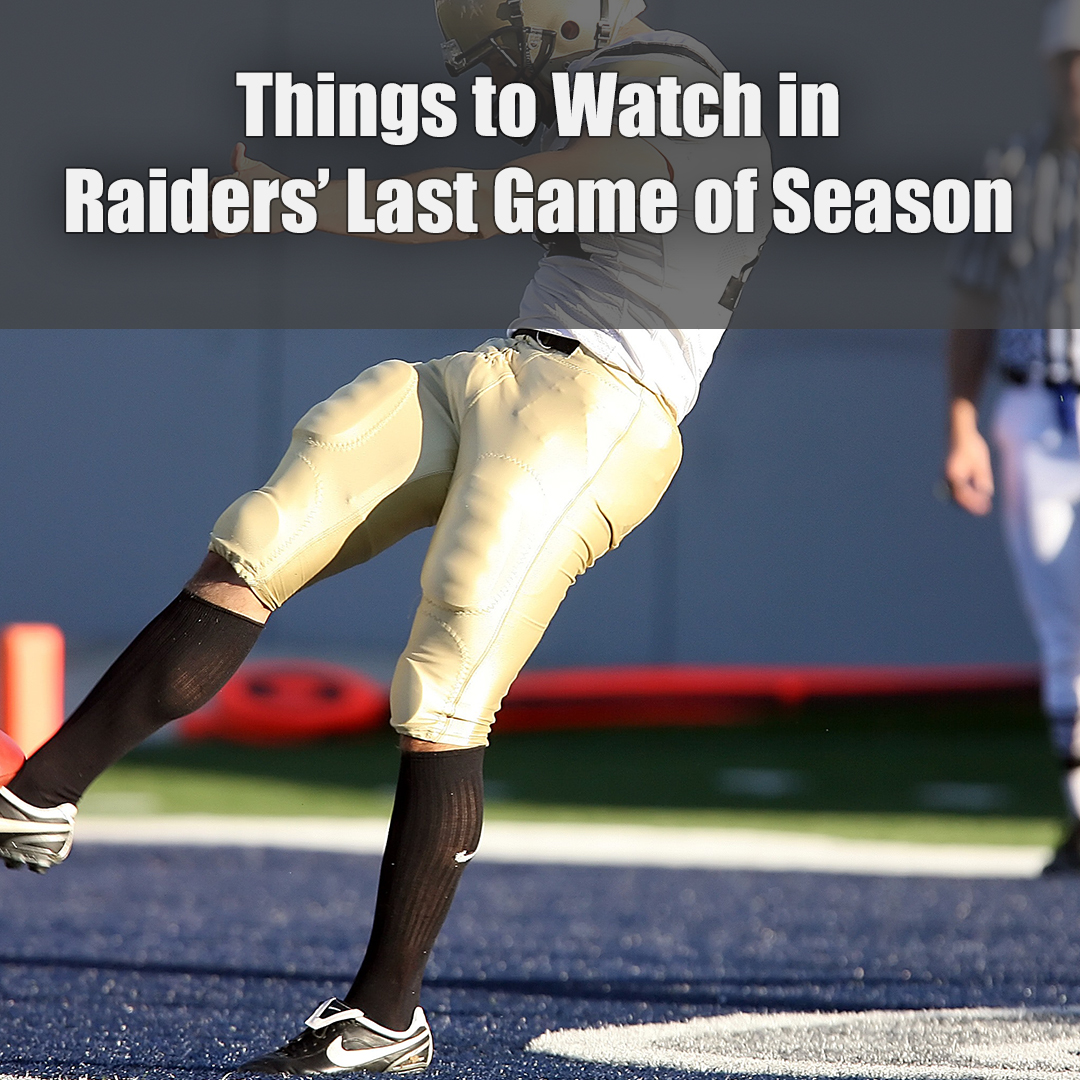 In two games during the last six weeks, the Raiders’ offense handed leads over to the defense with less than two minutes to play. In another, the offense gave the opponents the last chance in overtime.

The results cost the Raiders a shot at an 11-win campaign and their second playoff appearance since 2002 as they enter the season finale Sunday at the Denver Broncos.

Instead, the goal is to avoid a second straight 7-9 finish and their 15th losing season in 18 years.

The Raiders have more to play for than just improving on last year’s seven-win effort. Here are four areas worth watching in the season finale:

Fixing the defense is priority No. 1 this offseason. Doing so will require handing the keys to the right guy as defensive coordinator.

While the Raiders could make Rod Marinelli the permanent defensive coordinator, the sense is they will look outside the building.

That said, he can make a case for himself with a strong showing Sunday. He would need to build on the defensive performance over the first three quarters against the Miami Dolphins, and avoiding the fourth-quarter collapse.

While the Raiders did some positive things Saturday — their three sacks were the most in four weeks — the coverage breakdown on Ryan Fitzpatrick’s 34-yard throw to Mack Hollins and Arden Key’s costly face-mask penalty showed there is a lot of work left in messaging and instruction.

In Marinelli’s third game in the job, the defense needs to show continued growth to justify retaining him as the full-time coordinator.

The Raiders’ red-zone touchdown percentage this year is 54.4 percent, which ranks 25th in the NFL after a steady decline during the last six weeks. That includes the 38.5 percent touchdown success rate during the last three games — all losses.

Had the Raiders remained at their season average, they could have reversed the outcome in at least two games.

“I just have to do a better job trying to find the right play,” said coach Jon Gruden.

Mariota piqued the Raiders’ interest with his running and throwing in relief of Carr two weeks ago against the Los Angeles Chargers.

But with Carr healthy enough to play against the Dolphins (and intent on trying to finish the season strong), it meant Mariota was on the sideline against Miami.

It might behoove the Raiders to add Mariota to the mix Sunday, if not to add a different dimension, especially in the red zone. Also, it would be good to see if such a role would justify bringing Mariota back next season.

Ruggs, however, was returning from the COVID-19 list, which sidelined him for the Chargers game and kept him out of the Raiders facility for 10 days.

“He just showed up Friday,” said Gruden. “We didn’t even know if he was going to play.”

That said, it has been hit and miss with Ruggs. His 23 catches, 414 yards and two touchdowns fall short of expectations for the 12th overall pick in the draft.

The reasons vary. He has missed three games because of ankle and hamstring issues and COVID-19. Also, the offense as of late has been structured to prioritize playmakers Waller and Nelson Agholor.

All of which Gruden noted this week.

“Ruggs has got to practice, stay with us longer and do more with his targets,” Gruden said. “When he does, he’ll see the ball more.”