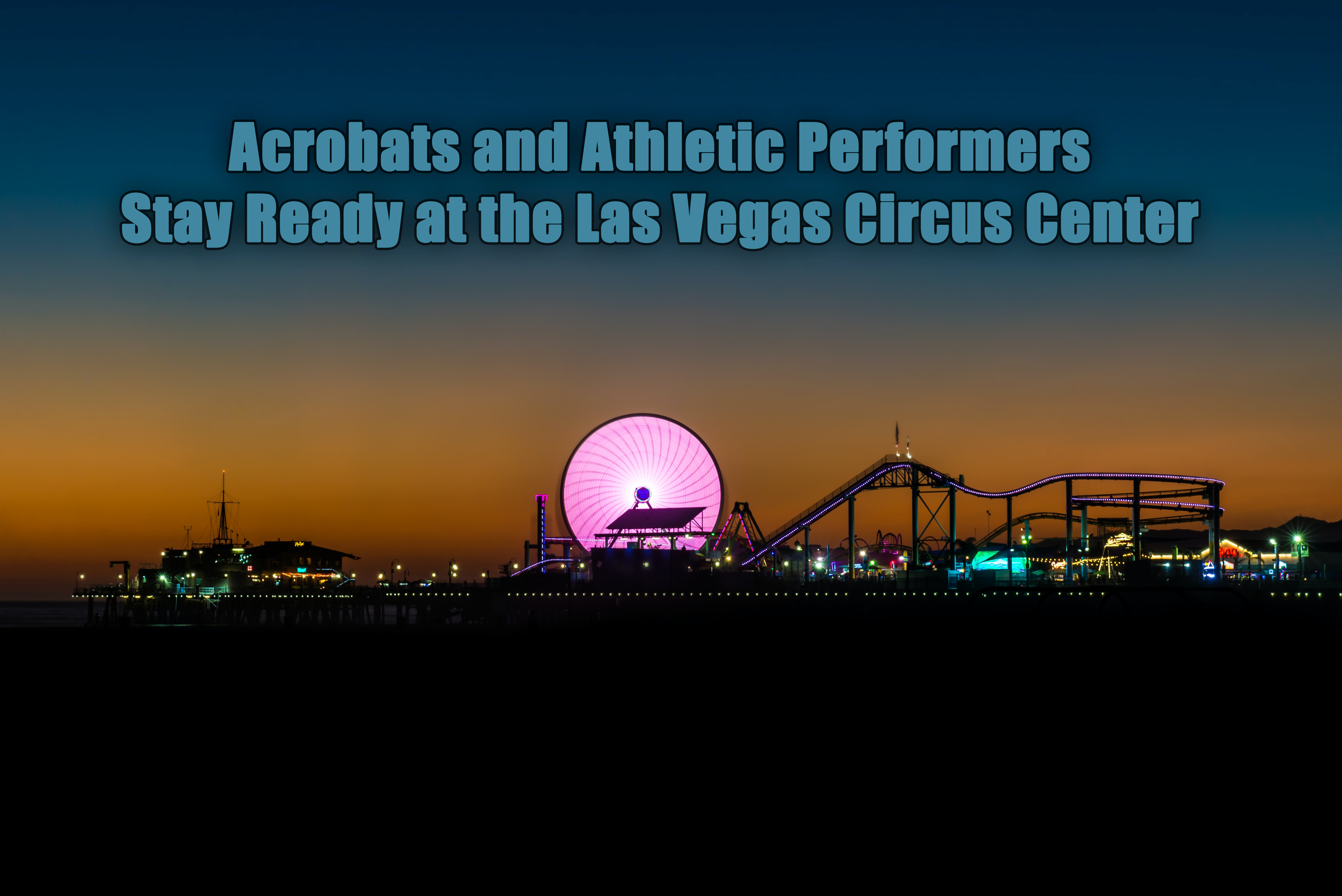 It’s been open for less than two years but the Las Vegas Circus Center has already become an essential operation for many members of a very specific local community.


The Strip’s dynamic production shows draw large numbers of acrobats, gymnasts, aerialists, trapeze and trampoline artists and other athletic performers. The 52,000-square-foot facility in the southwest valley is one of the biggest and best equipped training centers in Las Vegas, and while those performers are out of work or on hiatus due to the indefinite suspension of their shows, many are focusing on training and staying stage-ready here.


“Until COVID happened, I was traveling too much to train like this,” said former Cirque du Soleil acrobat Christopher Purdy between bounces and flips on a series of trampolines. “You can social distance because it’s so big and all the equipment here is world-class, everything is maintained properly and the people who run it are incredible.


“You’ve got to make the best of it. This place helps maintain a positive mindset. I forget all about it when I’m here.”


Brand and Michelle Hunt opened the center in December of 2018. He runs a software company but dabbles in juggling and unicycle, and his wife is involved in aerial acrobatics. The oldest of their four children is in the center’s youth troupe.


“We’ve been in Las Vegas for 18 years and developed a lot of friends over time who are circus artists and athletes,” Brand Hunt said. “Clearly there’s a need. There are flying trapeze rigs elsewhere in Las Vegas but they’re all outdoors. As miserable as it is to do this outside when it’s 110 degrees, sometimes there are also 40 mile-per-hour winds and it’s hard to [practice] trapeze under those conditions.”


All of the center’s setups are designed to exact specifications of Strip shows for the athletes’ convenience, which explains why so many artists from Cirque, Spiegelworld and other shows spend so much time training here.


The massive warehouse space offers plenty of space for weightlifting, aerobic workouts and dance training in addition to its vast collection of specialized circus arts apparatuses, everything from teeterboards to Russian swings. There’s even an “America Ninja Warrior”-style stunt course.


You don’t have to be in Vegas showbiz to train at the center, which is why there are beginner classes and “junior jumper” and “tumbling tots” youth classes. And professional performers don’t just train here, they teach as well.


“A lot of the performers from these shows coach here. Our top coach in flying trapeze is a catcher in ‘Mystére’,” Hunt said. “We have more than 1,000 artists [in town] who are now unemployed and we’re still running our same programs.”


Like traditional gyms and fitness facilities, the center was forced to close in March and was able to reopen under the state’s Phase Two restrictions in late May, but Hunt said he took another week to organize and acquire the needed sanitation and cleaning supplies that weren’t previously required.


Coronavirus also shifted the center’s membership model. Now those who use the facility are limited to three-hour training sessions and reservations are mandatory and tracked.


Christopher Purdy and his younger brother Michael Purdy both grew up in Las Vegas, graduated from Palo Verde High School, performed in Cirque’s “Michael Jackson ONE” show at Mandalay Bay and developed unique careers in acrobatics.


Michael was a full-time artist in that show when all live entertainment was forced to close in March. “I’ve just been hanging out and trying to stay busy and productive,” he said.


Both brothers have been training at the Las Vegas Circus Center since it opened. “This facility makes it easy to push tricks further. If you’re trying to do something new, it can be pretty intimidating to try to do it [while rehearsing] at the show,” Michael said.


The Purdys agreed interacting with fellow Vegas performers at the center is a much more important part of the experience these days. “It almost seems like we’re in touch with more people now because everyone is off,” Michael said.


The center also regularly draws out-of-town athletes to Las Vegas specifically to train with its specialized equipment. The pandemic hasn’t stopped that from happening.


Eve Diamond has been performing professionally for seven years, a Boston native who’s been in Switzerland with Circus Monti for the last two and half years. She’s performed in special one-off events produced by Cirque du Soleil, including the annual “One Night for One Drop” charity show in Las Vegas.


When her new gig in Montreal was canceled due to coronavirus, she ended up staying with family in San Diego until a Vegas friend invited her to come to town to train at the center for a few weeks.


“I’m really relying on the sanity I get from having a place to train that’s safe and comfortable and there are other professionals around,” Diamond said. “I’ve worked and trained in a lot of studios and this one is awesome. Everyone is friendly and welcoming and they care about safety. You can feel it.”


She typically performs an aerial duo act on two ropes, and her performing partner is stuck in Washington so they’ve been recording videos of training sessions and comparing them side-by-side in order to maintain sharp choreography.


“Circus people tend to be really adaptive to any circumstances,” Diamond said. “When there’s a hard thing in the way, that’s when we show up and make it happen. Circus is something people do as a love and a passion and there’s a feeling of making it happen however we possibly can. We’ve trained our whole life for things that are difficult.”