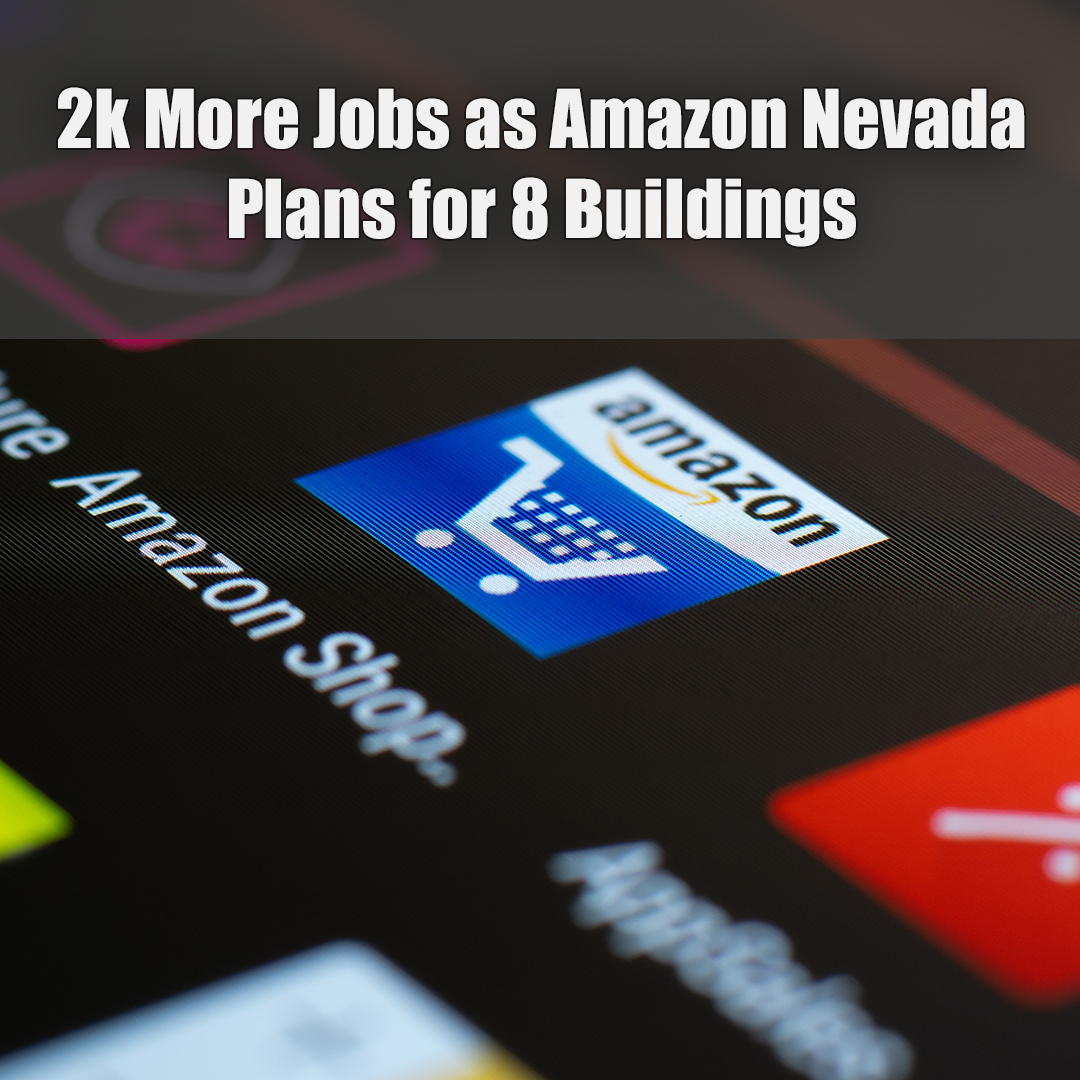 The online retailer unveiled plans to open three customer fulfillment and delivery centers in the Las Vegas Valley next year, bringing its total of new locations in Nevada to eight.

“Amazon has been a part of Nevada for over 20 years since we launched in Reno,” said Amazon Fulfillment General Manager Perry Williams. “We’ve seen such a great workforce here, very talented individuals, and we consider ourselves a part of the community and excited to continue our partnership here within the state.”

Amazon broke ground on the 855,000-square-foot building in October and expects to fill 1,500 full-time positions once the facility is complete next year.

Williams said hiring details will be announced next year on Amazon’s Careers website once construction on the facility is nearing completion.

The building will be home to the retailer’s robotics technology that helps employees pick, pack and ship smaller items to customers such as books and small household goods. It’s also the second fulfillment center in Nevada that has the technology. The other fulfillment center with Amazon Robotics is also in North Las Vegas.

“Amazon continues to make investments to support local communities and has become a lifeline for those in our state who have experienced job loss during the pandemic,” he said. “We are grateful for Amazon’s decision to expand operations across Nevada, creating thousands of career opportunities for our citizens.”

Amazon said plans are underway to open delivery stations next year in Henderson, Las Vegas and Reno. The stations are billed as “last mile” networks that will also be used by independent contractors and entrepreneurs looking to “build their own small business delivering Amazon packages.”

The additional facilities sprinkled throughout Nevada means the addition of more than 2,000 full- and part-time jobs with a minimum $15 per hour wage and benefits, according to Williams.

Amazon already operates 11 sites in the state and employs more than 10,500 full- and part-time employees.

The timing of a new fulfillment center appears to make Amazon well-poised to handle the surge in online sales many retailers have faced this year as shoppers opt for a virtual experience instead of walking through the aisles of brick-and-mortar shops.

The number of online shoppers rose 44 percent between Thanksgiving and Small Business Saturday year-over-year for a total of 95.7 million, according to National Retail Federation.

Amazon, as usual, stayed quiet on how it performed over the shopping weekend from Thanksgiving to Cyber Monday but said in a news release this year has been its “largest holiday shopping season so far in our company’s history.”

Adobe Digital Insights reported this week Cyber Monday sales reached a record $10.8 billion, making it the largest online shopping day in U.S. history, up about 15 percent from last year. The firm had forecasted growth between 15 percent and 35 percent.

While Williams said Amazon’s newest fulfillment center is part of the company’s overall growth strategy, it has been preparing throughout the year for the holiday season.

It hired over 1,000 seasonal employees in Nevada in addition to the more than 100,000 seasonal positions filled in the U.S. and Canada. That figure doesn’t count the estimated 427,000 employees hired between January and October, making its total global workforce over 1.2 million. Clark County’s population is about 2.3 million according to U.S. Census Bureau estimates from 2019.