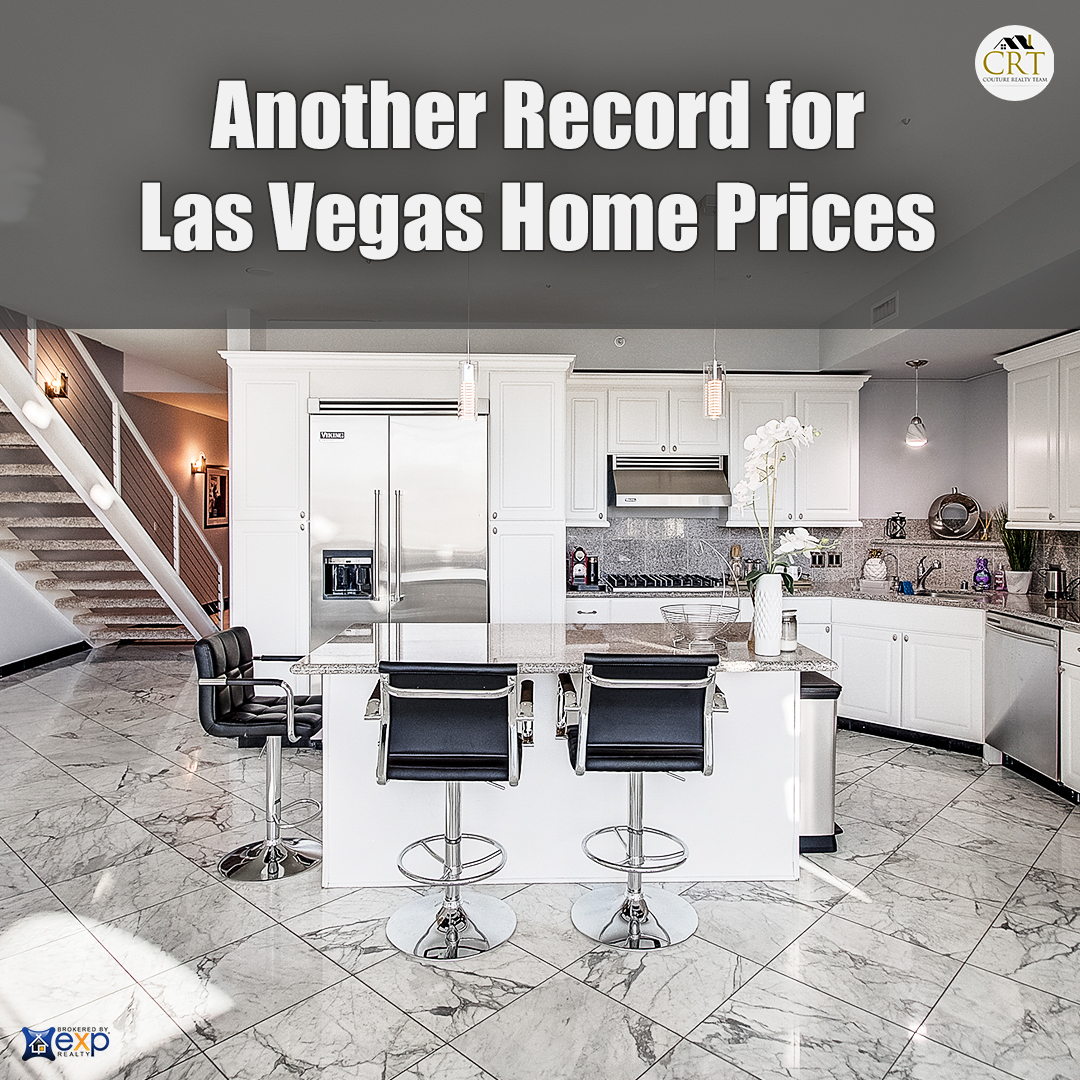 A report released Thursday by Las Vegas Realtors shows local home prices have never been higher while the local housing supply has rarely, if ever, been lower.

LVR — formerly known as Greater Las Vegas Association of Realtors — reported that the median price of existing single-family homes sold in Southern Nevada through its Multiple Listing Service during April was $375,000. That breaks the all-time record set in March. April’s median home price is up 3.3 percent from March and up 21 percent from $310,000 one year ago.

“These April statistics benefit from a comparison to the same month last year, when our housing market was hit hard by the beginning of this pandemic,” LVR President Aldo Martinez said. “It’s still striking to see how home prices here and nationwide continue to rise to record levels. April did signify the first month this year when single-family home sales did not exceed the previous month. We closed the month with 3,528 units sold compared to the annual high set in March of 3,726.”

Martinez, a longtime local Realtor, said the shortage of homes available for sale continues to present a challenge for potential buyers and a rare opportunity for sellers. While a six-month supply is traditionally considered to be a balanced market, the pace of local home sales in April compared with the number of existing homes available for sale equates to well under a one-month supply.

By the end of April, LVR reported 1,827 single-family homes listed for sale without any sort of offer. Although down from the same period last year, Martinez said: “It’s the second straight month where we ended up with more inventory without offers — 3.1 percent more. The same cannot be said for condos and town homes. The 519 properties listed without offers in April represent a 13.1 percent decrease from the previous month and the fifth straight month this year where that inventory continues to decline. This just shows how consumers are adjusting their sights when it comes to affordable housing.”

He attributes what he calls “abnormal price growth” in recent months to a shortage of homes available for sale, strong and steady demand and relatively low mortgage interest rates.

He added that “the pandemic has contributed to the supply shortage due in part to homeowners being out of work and therefore unable to upgrade their homes even if they wanted to unless they can pay cash.”

And he pointed to research from the National Association of Realtors showing that homeowners are staying in their homes longer and are slower to move than in past years.

“Homebuyers should stay persistent because our numbers show that over 20 percent of accepted offers get cold feet and those homes are then awarded to the second, third and even fourth buyer in line,” Martinez said. “Last month, our MLS reported 8,056 times when a property went from active to under contract, and 1,644 of those went back into active status again.”

During April, LVR reported that 27.9 percent of all local property sales were bought with cash. That is up from 13 percent one year ago, when the housing market was reeling from the onset of the pandemic. That is still well below the March 2013 peak of 59.5 percent.

Martinez suggested that the percentages may rise slightly as some homeowners “may have difficulty coming out of forbearance programs — however, nowhere near what we had seen in the last recession.”

He was encouraged by a Consumer Financial Protection Bureau message released April 5 “promising that lenders will be working with homeowners.”

These LVR statistics include activity through the end of April. LVR distributes statistics each month based on data collected through its MLS, which does not necessarily account for newly constructed homes sold by local builders or homes for sale by owners. Other highlights include:

Las Vegas Realtors was founded in 1947 and provides its more than 15,000 local members with education, training and political representation. The local representative of the National Association of Realtors, LVR is the largest professional organization in Southern Nevada. Each member receives the highest level of professional training and must abide by a strict code of ethics.