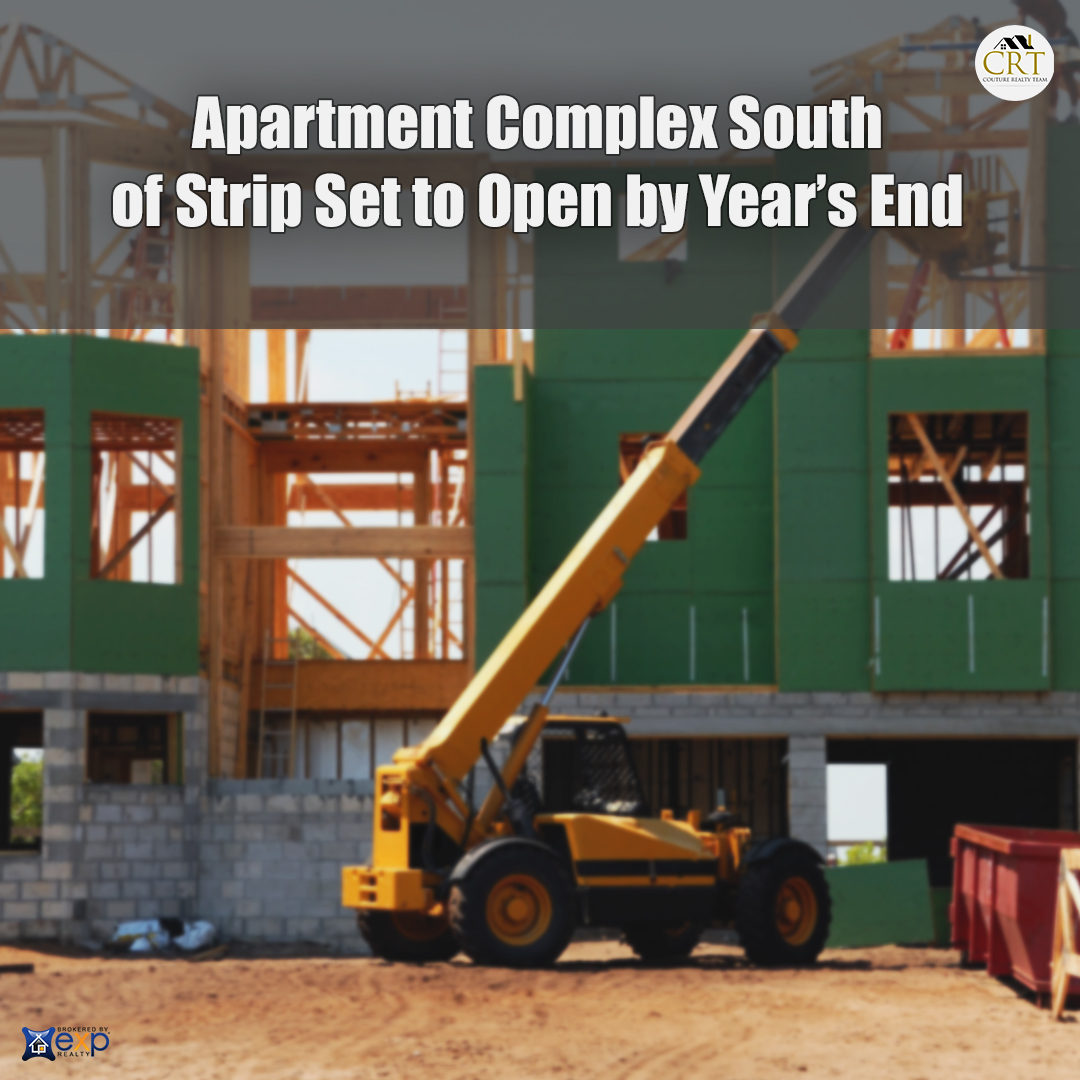 A sprawling apartment complex is taking shape on a quiet stretch of Las Vegas Boulevard.

Construction is underway on Ariva, a 754-unit project off the west side of the boulevard just north of Starr Avenue, with its cranes and wood-frame buildings visible to passersby. The first phase is expected to open toward year’s end, and all of the units are scheduled to be finished by 2023, according to contractor Sam Nicholson, whose firm was hired by the owner as the project’s development manager.

Located several miles south of the Strip, Ariva is also slated to feature about 75,000 square feet of retail, restaurant and office space, which will be completed before the residential units are done, Nicholson recently told the Review-Journal.

Las Vegas Boulevard is known for its towering hotel-casinos, though several miles south of the tourist corridor, closer to the M Resort, the street is lined with sprawling tracts of desert. But investors have bought swaths of land there in recent years, and some housing projects have come out of the ground.

Ariva, owned by Silicon Valley-based WTI Inc., is slated to include four pools, a spa, a yoga studio, basketball and volleyball courts, dog parks, and a sky deck that offers “breathtaking views” of the Las Vegas Valley, according to Nicholson’s firm, Grand Canyon Development Partners.

Another big project underway nearby is Mosaic, which, like other housing tracts around the valley, has drawn plenty of buyers during the cheap-money-fueled buying binge of the past several months.

Buyers there are almost entirely first-time homeowners, and more than 200 house hunters are on the waiting list, he said.

Mosaic has relatively low prices, ranging from the $260,000-range to the low $300,000-range, according to McCormick, who noted its proximity to Interstate 15, the Strip and Henderson.

“You can get everywhere,” he said.