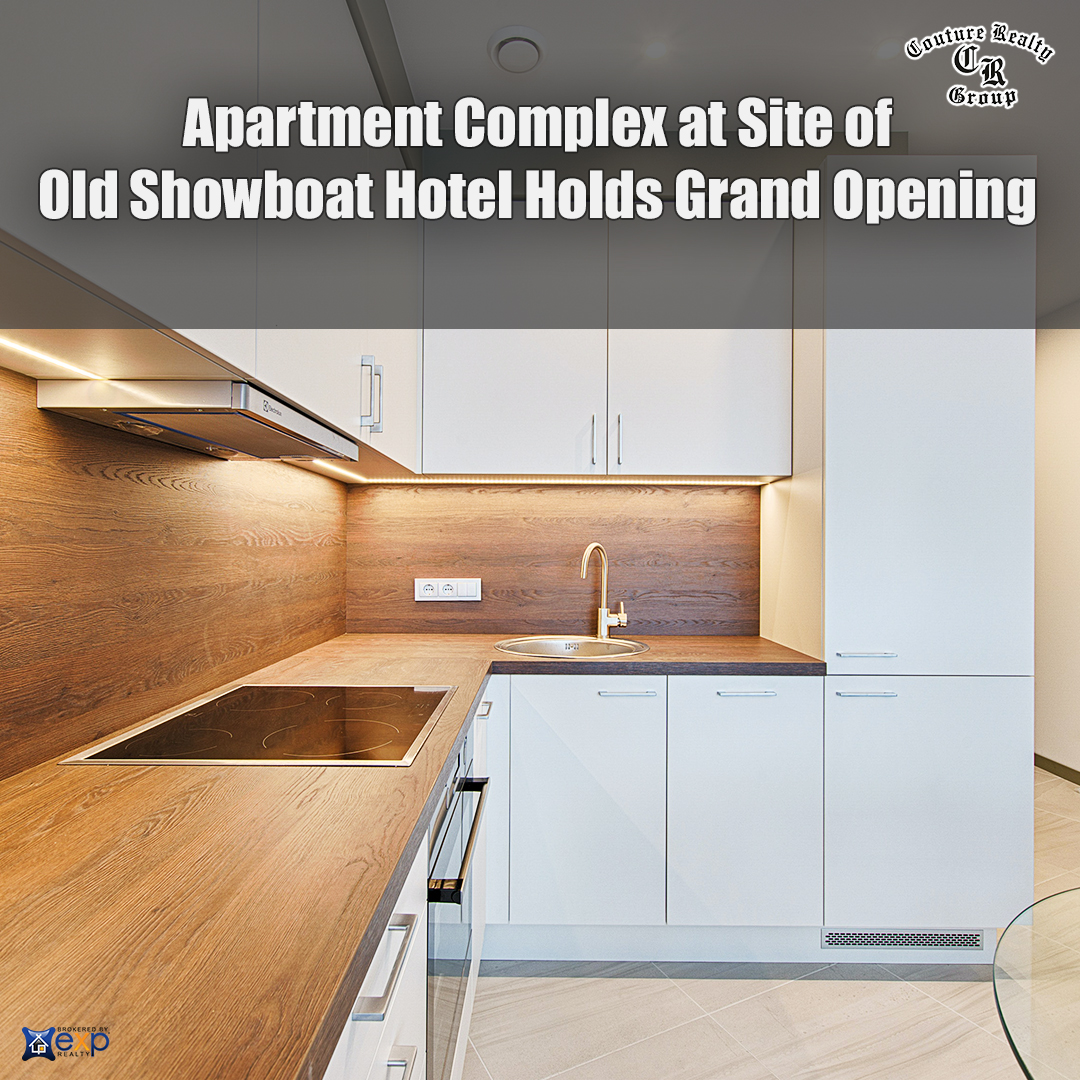 The site of the former Showboat hotel near downtown Las Vegas may be gone, but it’s being memorialized in a new way.

While a portion of the 344-unit complex is still under construction, Bentar Development owner ChiChi Bengochea said new tenants have already moved in with more signing leases this week.

“There’s already 60 (units occupied), and 15 or 18 were rented last week,” Bengochea said. “It is challenging to deal with the demographics on this side of town. The price point does push them a little bit, but there’s people that really want to be here. We wanted to create a difference.”

Bengochea said the project to redevelop the 25-acre site is a special one. He recalled coming to the Showboat as a high school student with friends and noted his father was a blackjack dealer at the property.

“Too often community is forgotten trying to chase the rent. … There’s a community prepared to welcome people from all professions and all walks of life,” he said.

The project is also bringing three nearby restaurants, a car wash, grocery store and storage facility — locations that will open later this year, Bengochea said.

It’s been more than a decade since a new multifamily-living option was offered in the neighborhood, according to an earlier release from developer.

Stout Management President Taylor Verhaalen, whose firm is managing the complex, said at the opening event that Showboat Park and its amenities “would stand on its own in any location in Las Vegas as a luxury community.”

“This area has been lacking in redevelopment of a new project like this for a long, long time, and we knew it would be well received,” he said, adding the first renters moved in during January.

Peter Guzman, president of the Latin Chamber of Commerce, echoed Verhaalen’s comment saying he believes change is coming for the neighborhood.

“This is in an area that unfortunately doesn’t see a lot of development as it should. But I think a lot of that is going to change under Councilwoman (Olivia) Diaz, and developers are now taking a look down here,” Guzman said.