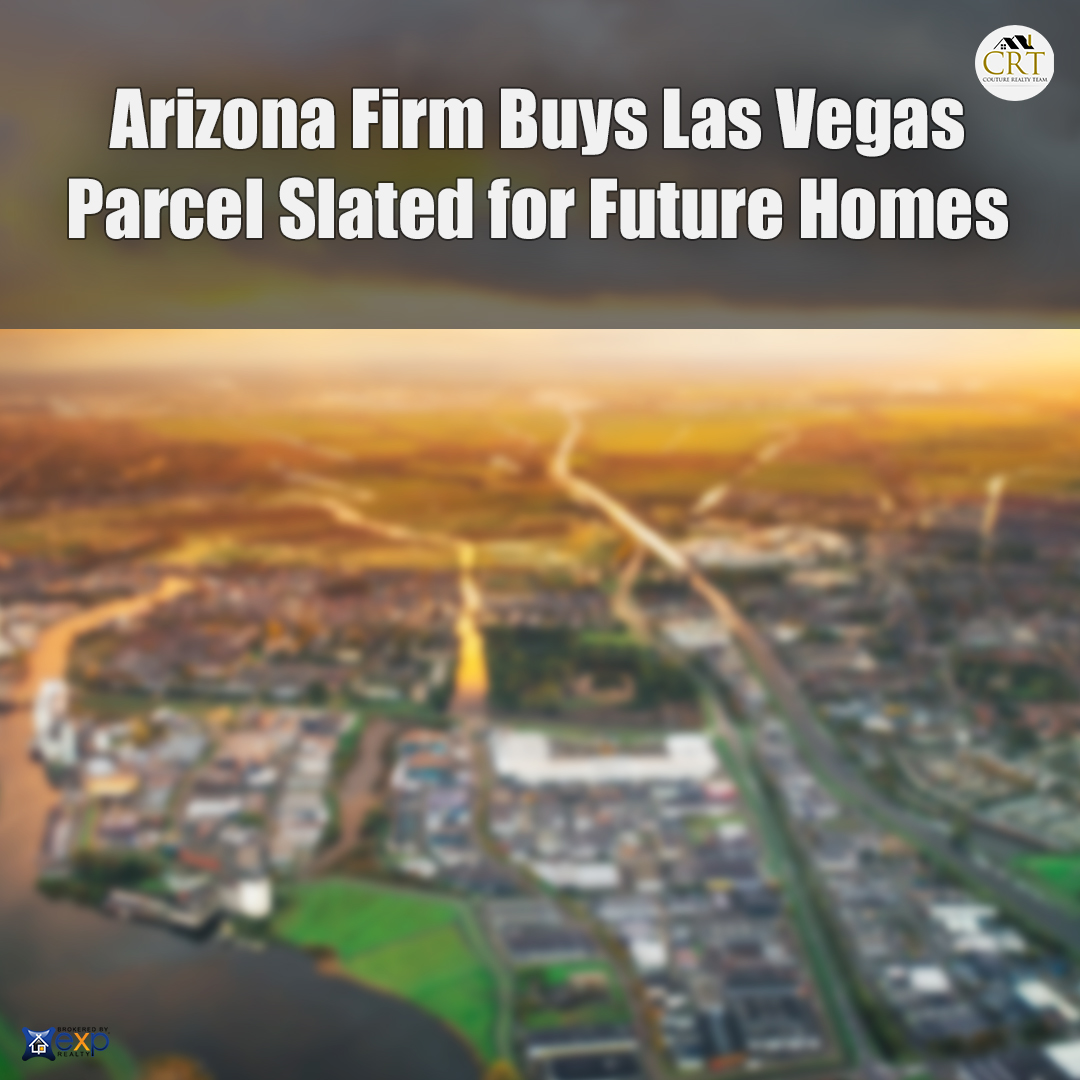 A residential land investor with holdings in the U.S. and Canada has ventured to Las Vegas as the housing market keeps accelerating.

The firm, Walton, announced this month that it acquired a 17-acre tract in the southwest valley and that a “top national homebuilder” plans to develop 175 town houses and single-family homes there.

Land development is slated to begin this fall, and home sales are expected to start in summer 2022, the release said.

It did not name the builder, but Clark County records indicate that Texas-based D.R. Horton, one of the biggest homebuilders in the nation, plans to develop the project.

D.R. did not respond to a request for comment.

Police say Terrell Rhodes said "Kill me" after his arrest

Walton is a so-called land banker, or a company that buys vacant tracts and then sells them to builders that prefer not to hold the plots longer than necessary.

Las Vegas broker Rick Hildreth of Land Advisors Organization noted that builders face plenty of work, including grading the site and installing utilities, before they can put up any houses, meaning they won’t make money off the land right away.

“Just because I buy a piece of land doesn’t mean I can start building today,” he said.

Walton, based in Scottsdale, Arizona, boasts of a portfolio of more than 100,000 acres in the United States and Canada, saying it provides a “platform to support homebuilders with just-in-time inventory.”

Locally, its land is off Buffalo Drive just north of Blue Diamond Road.

Its venture comes as Southern Nevada’s housing market accelerates with rapid sales and record prices, thanks largely to rock-bottom mortgage rates that have let buyers lock in lower monthly payments and stretch their budgets.

Amid a flood of house hunters, homebuilders have regularly raised prices lately, put buyers on waiting lists, and taken bids for lots, multiple sources have said.

Ed Hadley, executive vice president of builder land acquisition for Walton, said his firm is not entering Las Vegas because of the market’s hot streak, but rather because the builder it’s working with wanted the firm here.

Still, Las Vegas gets plenty of home construction and, according to Hadley, is a “natural fit” for Walton.

“If you’re going to be in our business, you should be in Vegas,” he said.

He said Walton typically holds land for a developer until that firm is ready to start construction and described this as a risk-mitigation tool, as the builder doesn’t sit on land it can’t use right away or purchase property it might ultimately decide not to develop.

According to Hadley, builders put down a deposit with Walton to purchase the project site and then can pay off the firm in pieces with each closed home sale.

Land bankers aren’t prevalent in Las Vegas but were more common before the market crashed a decade or so ago, according to Hildreth, of Land Advisors.

He said many of them got burned after the frenzied mid-2000s bubble burst, as builders walked away from their purchase options and land bankers were left holding properties that no one wanted.

Builders closed nearly 39,000 home sales in Southern Nevada in 2005 but only around 3,900 in 2011 after the market tanked, according to Las Vegas-based Home Builders Research.