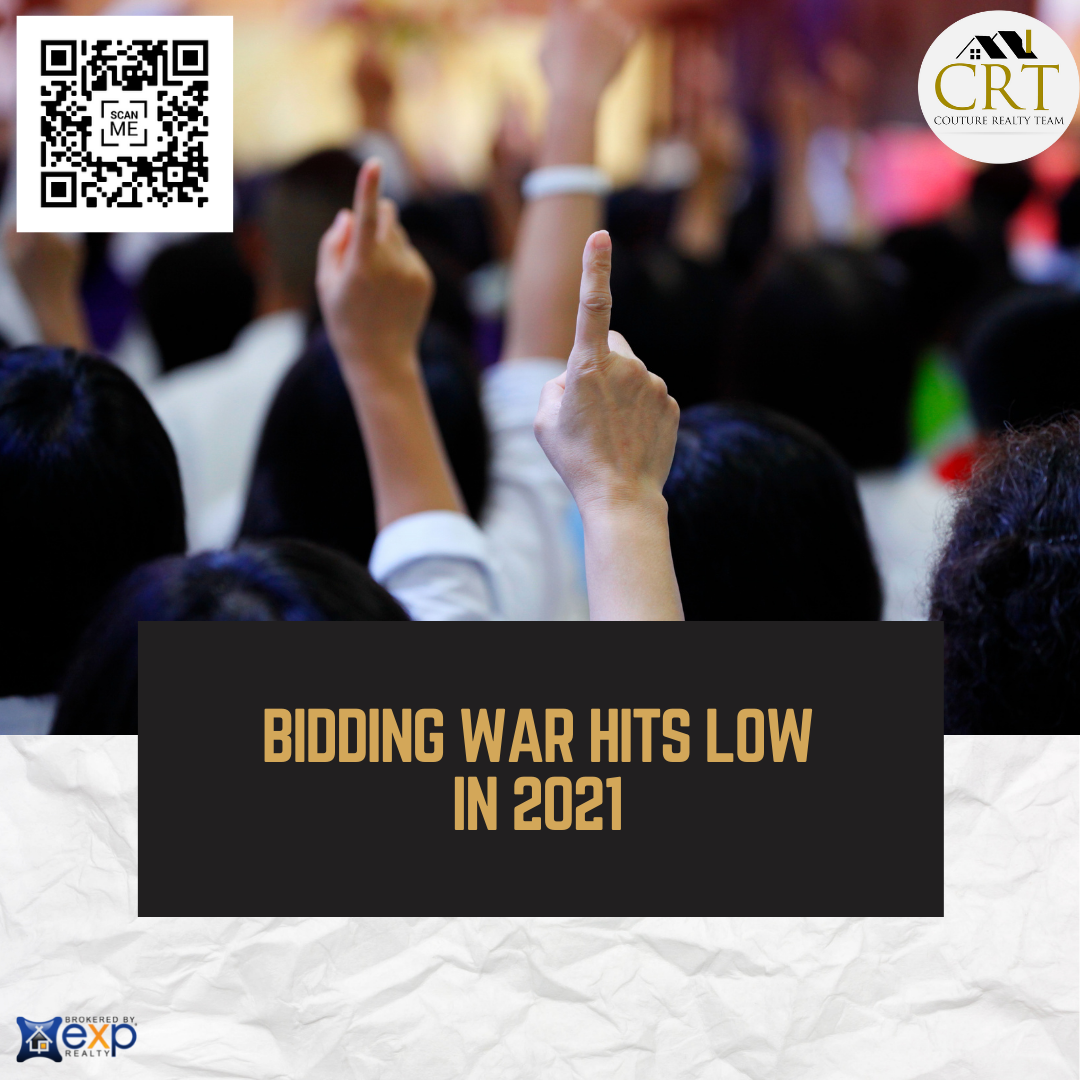 Homes are still selling at a brisk pace, but the number of bidding wars for individual listings has dwindled this fall.


Only 58.9% of home offers faced competition in September, the lowest level for 2021 so far, according to a market index produced by Redfin based on offers written by its agents. That’s down from a peak of 74.3% in April. September also marked the fifth consecutive month of declines in bidding wars.
“It’s typical to see a decline in competition as families head back to school and the weather cools down,” says Taylor Marr, Redfin’s deputy chief economist. “Buyers also aren’t having to offer as much above the asking price as they were in the spring, when competition in the housing market was peaking. As mortgage rates continue to rise, we can expect bidding wars to keep slowing.”
Still, homes are selling quickly: Eighty-six percent of homes sold in September were on the market for less than a month, according to the National Association of REALTORS®’ latest housing report. About 33% of homes that went under contract had an accepted offer within just one week of being listed on the market, up from 30% a year ago and 20% in 2019, according to Redfin data. Forty-five percent of homes sold at or above list price, up from 22% in 2019.
Where Competition Is Highest
The highest bidding war rate of 45 metro areas tracked was in the following areas, according to Redfin’s index: