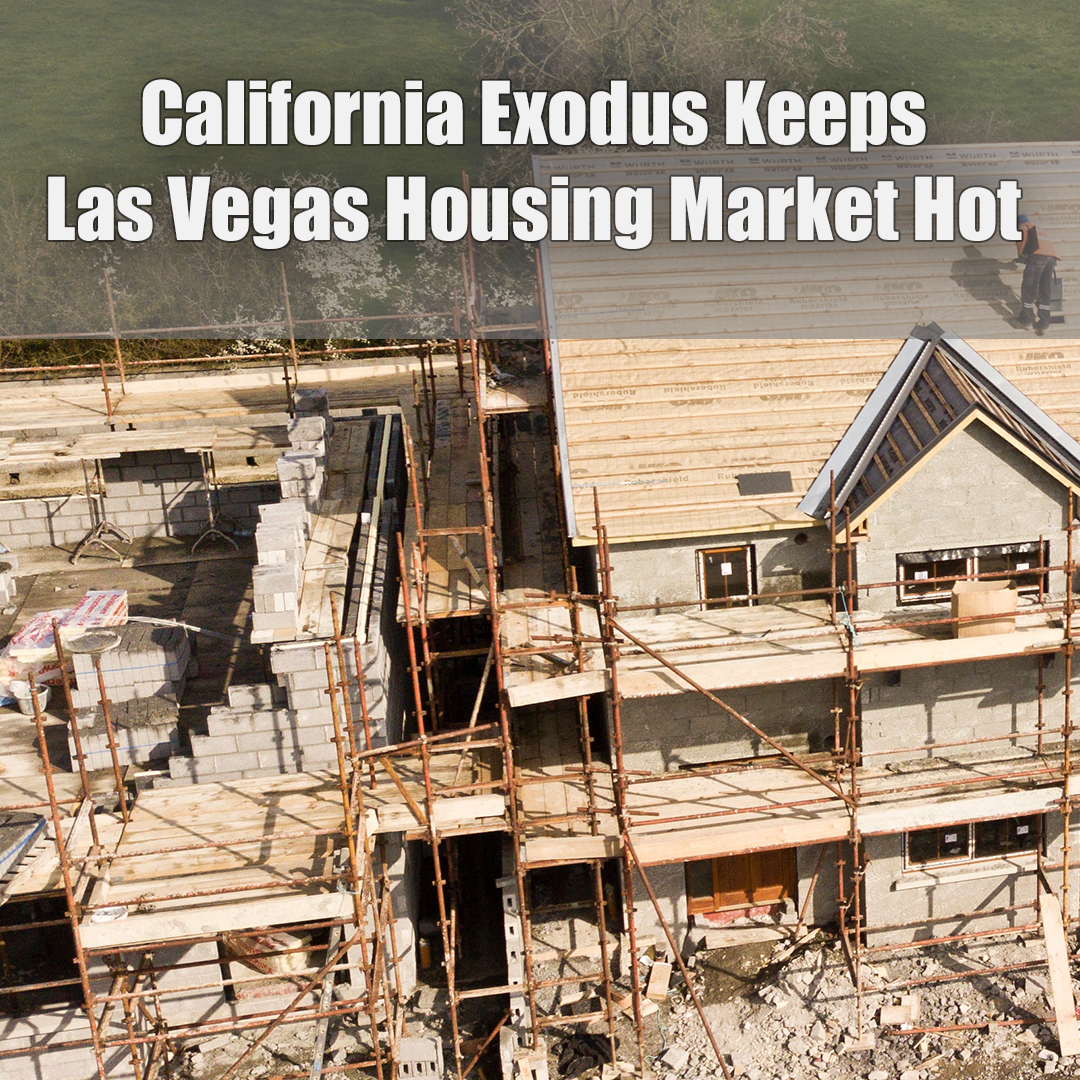 The Las Vegas area housing market continues to stay hot, thanks in large part to an influx of Californians escaping high taxes and much more stringent COVID-19 lockdowns and restrictions.


Grana believes the California exodus will also help the local housing market remain bubble resistant into the near future. “It doesn’t look like the flow of Californians is going to stop anytime soon. And by that, I mean not even into 2022.”


The Californians are jumping into a Las Vegas housing market that has been short on inventory for several months. According to Grana, “last week we had just over 800 new listings come onto the market. That’s an incredibly low figure. Just before the crash of ’08, we were seeing numbers around one thousand to 12-hundred new listings coming out weekly, and that was considered low. Now, we are well below that figure and our population is even higher.”


But as low inventory drives up prices, falling interest rates are helping to tip the scales back in the favor of the homebuyer.


“We’re driving the amount of inventory which are continuing to go down,” said Aldo Martinez, the President-Elect of Las Vegas Realtors. “It’s causing the prices to go up, however, the interest rates have gone down also as well, so it’s almost like an offset. Even though the price has gone up, the cost of ownership has remain the same,” he added.


Martinez believes, as more renters do the math, they will also decide to get serious about buying a home.


“The interest rates are so incredibly low, I think if they were a tenant and they were renting, they are looking at it from this perspective- I can actually own a house for so much less than renting,” Martinez said.


David Grana says the same house pricing exodus bringing Californians to Nevada could also result in Nevadans leaving for more favorable housing markets. “What I have been hearing a lot of right now are empty nesters that have already raised their kids are looking at taking advantage of the market- selling out and leaving, and going to some other state,” he said.


But, according to Grana, the climbing home prices likely won’t help local homebuyers who need a bigger house as their family grows, or wants to move closer to a preferred school. “For any families that have kids that want to move to a new school zone, unfortunately, you’re going to be selling your house at a high price and buying another home at a high price.”