Campaign Begins to Return NFR to Las Vegas in 2021

Campaign Begins to Return NFR to Las Vegas in 2021 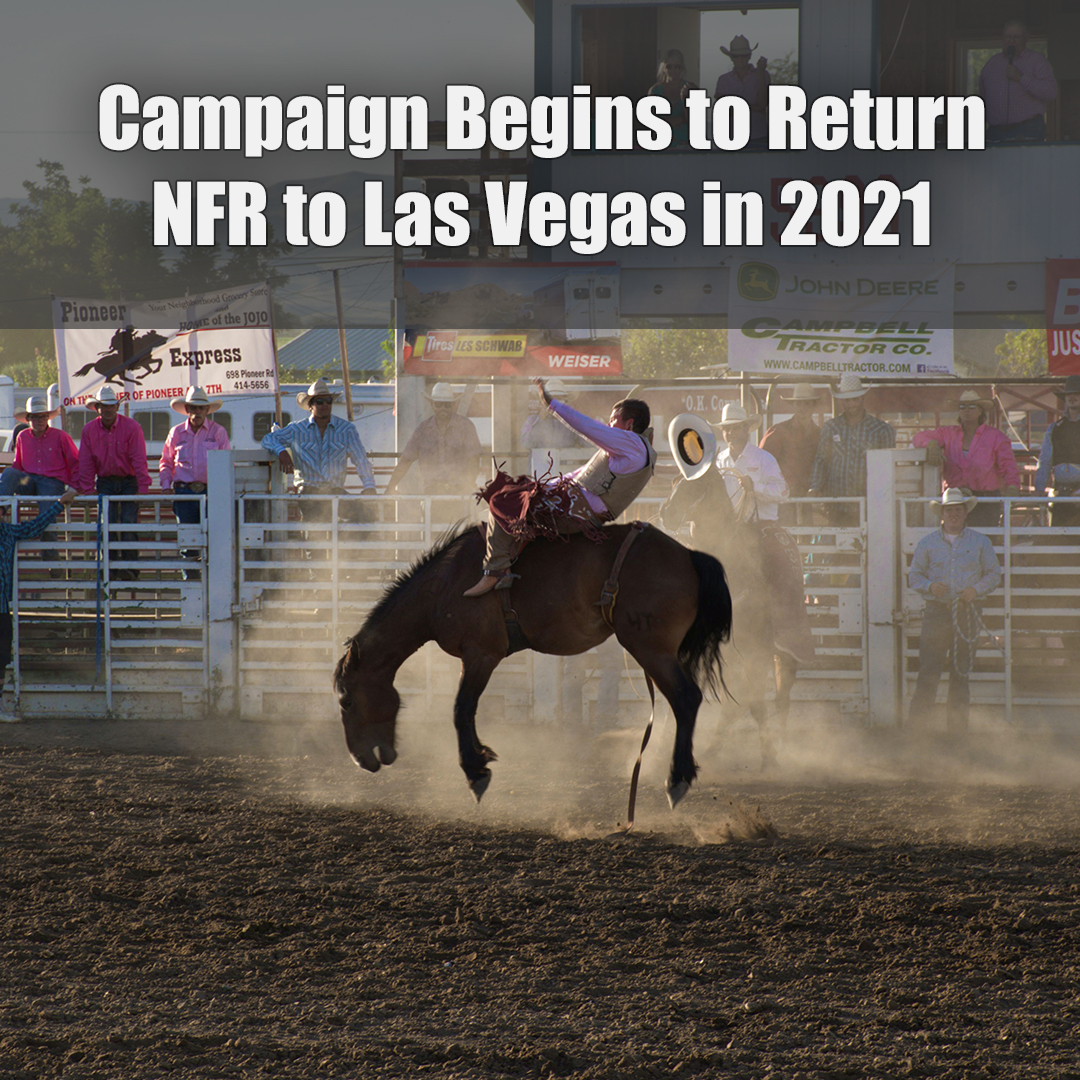 The National Finals Rodeo is scheduled to return to Las Vegas next year, and local officials want to make sure that indeed happens.

Las Vegas Events announced Saturday that it was launching a campaign to return the highly popular event to the Thomas & Mack Center in 2021. The campaign is called “There is ONLY One NFR/There is ONLY One Vegas.”

The NFR was moved to Arlington, Texas, this year because of restrictions imposed by Nevada on large gatherings because of the COVID-19 pandemic. As a result, Las Vegas’ contract to host the NFR was extended to 2025, but local officials are nervous that Texas might try to wrangle the event full time and sent a team of 12 to the rodeo.

“This campaign is our most aggressive to date,” LVE president Pat Christenson said in a statement. “We missed everything about hosting the Wrangler NFR, which for the first time since 1984 wasn’t contested at the iconic Thomas & Mack Center in Las Vegas. The Wrangler NFR is the heart of a festival-like celebration that brings to life a huge piece of Americana — and this campaign captures that spirit as we build up to the return in December of 2021.”

LVE is using a four-part campaign to try to ensure the NFR’s return — a promotional video, a 75-page story book that details the event’s Las Vegas experience and what the future could look like, a video portal called NFR 360 featuring a wide variety of topics and a social media push.