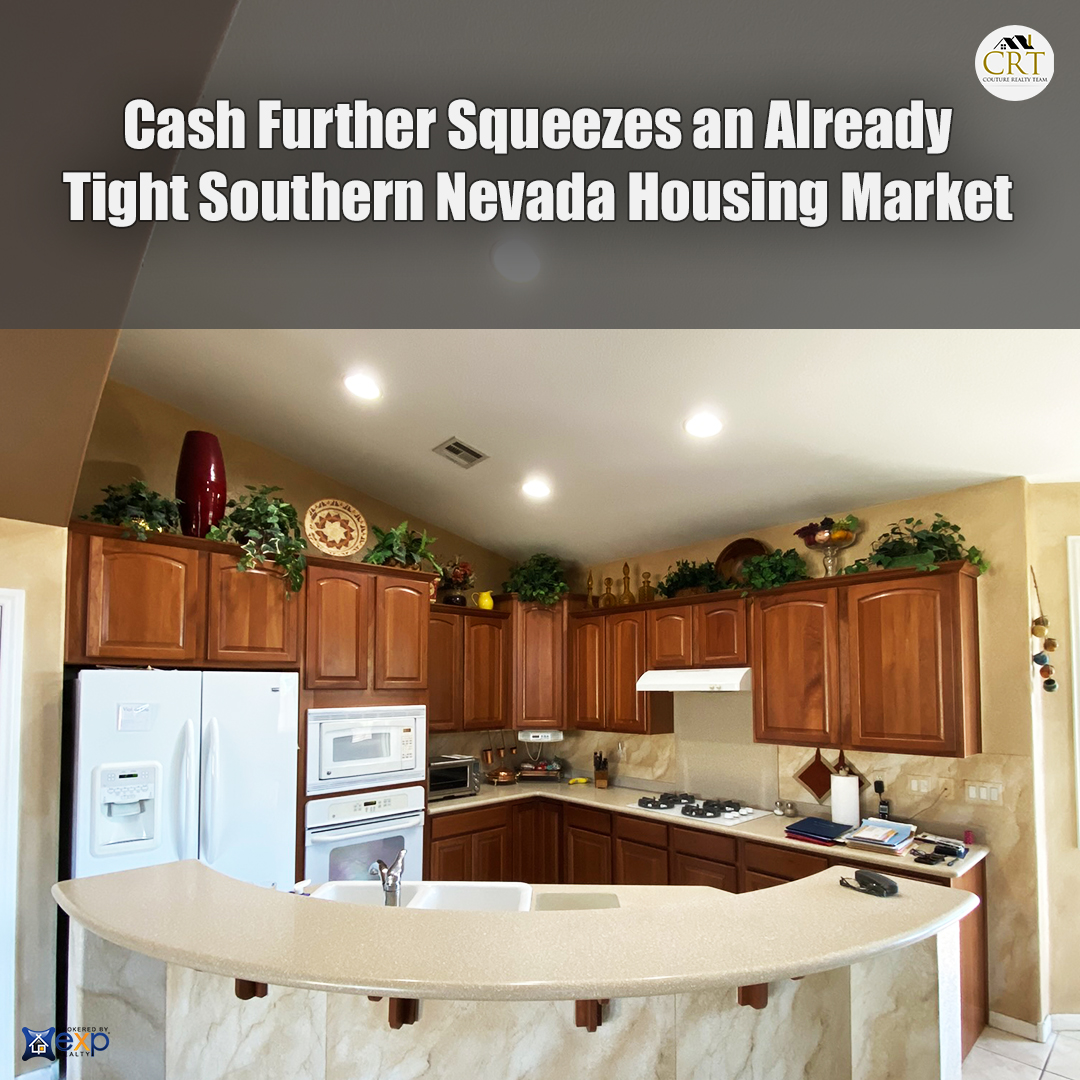 More buyers, according to the latest statistics from the Las Vegas Realtors trade group, are closing deals with cash. In May, 31% of all existing homes sold in the Las Vegas area were purchased with cash, which is an increase of 15% from May 2020.

With existing home inventory at an all-time low, according to the trade group and real estate experts, any rise in cash purchases is likely to put more of a strain on already tight inventory for first-time homebuyers and others in the middle class hoping to enter the market.

They are preapproved for a home loan and ready to start living the dream of being a homeowner, but their offer simply doesn’t measure up to a cash buyer.

“Most of the time, if there’s a cash offer on the table, the seller will go with cash instead of a buyer with a loan,” a local realtor said. “It’s very competitive. It’s not uncommon to see well over 30 offers on homes that are priced at or close to market value.”

Aldo Martinez, president of Las Vegas Realtors, said several different entities that have purchased hundreds of homes in the Las Vegas Valley have done so with clauses in their purchase agreements that the properties must be “rentable.”

“This all leads me to believe that people are thinking that home prices are going to become so out-of-whack, the average person won’t be able to own,” Martinez said. “People are betting that would-be homeowners will have to rent.”

For many, the housing market in Las Vegas might have already hit that point.

While there are multiple culprits to blame for the inflated cost of homes in the Valley—pandemic-induced mortgage forbearance programs, low mortgage interest rates and a general need for more housing among them—there’s also the steady stream of new Nevada residents from places like California.

In the Golden State, for example, the median price for a home reached nearly $759,000 in March, according to California’s Department of Finance.

That means someone who owns a home there can easily cash out, purchase in Southern Nevada and, in doing so, get more home for their money.

“Some of it is speculation, but there’s also a lot of California money coming here,” said Vivek Sah, director of UNLV’s Lied Center for Real Estate. “Looking at the numbers, it can be difficult to identify cash buyers, but there is a Californication of Nevada happening.”

Last year, according to the Nevada Department of Motor Vehicles, nearly 70,000 out-of-state driver’s licenses and identification cards were handed over to the state by people applying for a Nevada card. Nearly 30,000 of the surrendered cards were from California.

Sah said the flood of new residents from California also likely has to do with businesses that have moved here. Nevada generally has tax policies that are more business-friendly when compared with its neighbor to the west.

“Businesses are moving here,” Sah said. “When they decide to move, people are selling expensive homes in California and buying cheaper homes in Nevada. Some of those buyers are cash buyers.”

While it’s true that some millennials and other younger buyers are in danger of being priced out of the housing market, Sah said many in the younger demographics simply have a desire to rent.

That might be helping to drive decisions by large entities to buy swaths of homes to eventually rent out.

Earlier this month, The Wall Street Journal reported that Fundrise, a startup firm that aims to open the rental home investment market to those wishing to invest as little as $500, secured a $300 million credit line from Goldman Sachs.

Though on a national scale, Martinez said the faith shown by the investment banking giant proves that a rush of cash purchases of homes throughout the country could continue this year.

The peak of the cash-buying craze on the heels of the Great Recession settled at about 60% of homes sold in Southern Nevada in March 2013.

The market isn’t expected to hit those levels anytime soon—and a housing market crash like the one witnessed in Las Vegas about a decade is unlikely, according to experts—but Martinez said the cash-buying trend is likely to continue.

“These companies that are buying, they’re buying homes between $250,000 and $400,000,” Martinez said. “That’s the entry-level market today for homebuyers. It’s getting tough for the average homebuyer to compete in this marketplace.