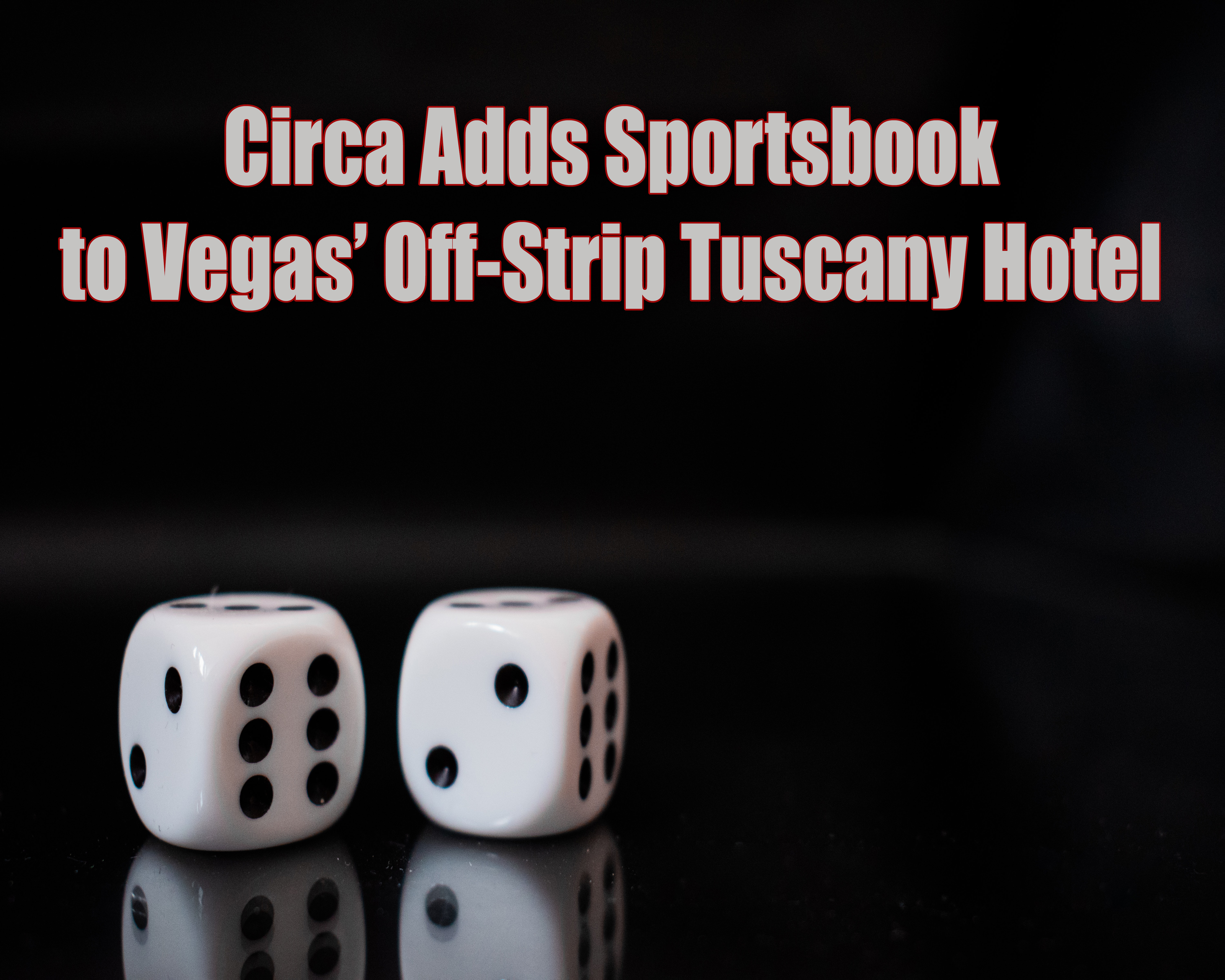 Circa Sports is expanding beyond the confines of Downtown Las Vegas, entering into a partnership with the off-Strip Tuscany Suites & Casino to rebrand that property’s sportsbook.


While Tuscany isn’t on the Strip and it’s not the most well-known hotel in Sin City, running the venue’s book is a coup nonetheless for Derek Stevens and his upstart Circa Sports. Not only does the deal expand the company’s brick-and-mortar sportsbook presence beyond Stevens’ the D and Golden Gate casinos downtown, it’s a victory over rival William Hill – the current operator of the Tuscany sportsbook.


This will open a lot of doors in the market to provide wider sports betting opportunities for customers,” said Stevens, referring to Tuscany as the Circa’s first satellite location in Las Vegas.


Reviews of the current sportsbook at Tuscany mostly describe it as small but quaint, noting that it’s usually not crowded and that seating is limited to just a dozen people. The book, which is close to several bars and restaurants within the hotel, features a full-service counter and multiple self-serve kiosks.


Circa didn’t get into specifics regarding how it plans to alter the venue, except to say the “reimagined space” will open in March 2021. Assuming that time line is met, it would position Circa and Tuscany to capitalize on the NCAA Tournament, which is one of the most wagered-on sporting events in the US – if it takes places next year. Financial terms of the agreement weren’t disclosed.

It’s just one book, but plenty of sharp sports bettors will likely be happy about Circa swiping a Las Vegas location from William Hill.


As the US sports betting industry booms, encouraging consolidation and partnerships among large companies, professional gamblers are decrying the loss of independent lines in markets such as Sin City. That situation is amplified by William Hill’s arrangement with the new Caesars Entertainment. The old version of that company ran its sportsbook operations in-house. Now, William Hill runs the show.


Conversely, Circa Sports is independent, and it’s rapidly gaining a following among the sports betting community for a willingness to take large wagers and exercise limits that are well in excess of rival books.


For example, one pro took to Twitter earlier this week, posting tickets of two NFL futures bets – one made at a BetMGM book, the other with Circa. BetMGM capped the player’s bet at $500, while Circa took a similar wager from the same bettor for $5,000.


Looked at differently, it’s not uncommon for professional sports bettors to refer to large books as “babysitters” or “dress makers.” But those sentiments are never applied to Circa.


Circa Growing its Footprint

The Circa Resort & Casino is opening in Las Vegas in late October, and with it will come the world’s largest sportsbook. When the Tuscany book comes aboard next March, the operator will have four retail locations in Southern Nevada, along with online and mobile betting.


In partnership with Century Casinos, Circa also runs a mobile sports wagering app in the fast-growing Colorado market.


Although other states haven’t been specifically mentioned as avenues for growth, Stevens doesn’t shy away from his desire to bolster Circa’s sports betting exposure in Las Vegas and other markets.