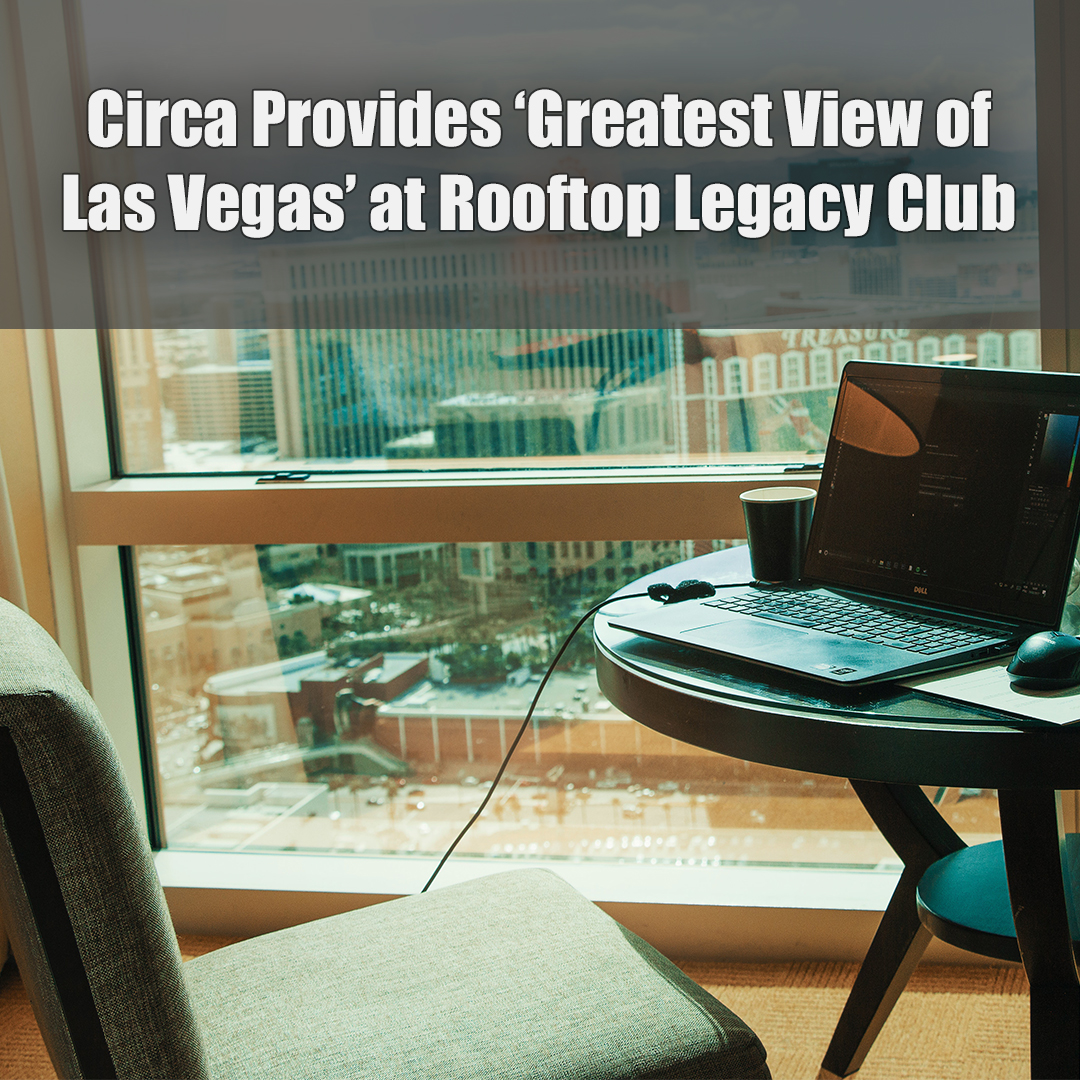 Derek Stevens looked out at a view of the Strip skyline as the sun started to set on this Las Vegas evening in downtown.

Standing on the rooftop Legacy Club at his new Circa Las Vegas, Stevens proclaimed what appeared to be obvious: “I think this is the greatest view of Las Vegas in Las Vegas,” he said. “We’re really trying to celebrate the history of Las Vegas and what the city is as a whole. We want people to come up here and take a look and see how great this valley is.”

Circa will open the club and hotel portion of the property Monday, following the October debut of the casino — the first new casino built in downtown in four decades.

The resort will initially open 512 of the planned 777 rooms of the hotel tower. On the 60th floor of the tower is one of the property’s jewels — the Legacy Club, a spacious indoor-outdoor bar and lounge area that promises to be one of Las Vegas’ new hotspots.

Stevens, who also owns Golden Gate and The D, wanted to do something “special” on Circa’s top floor, eventually choosing a lounge area over a possible rooftop restaurant concept.

“This was actually the last element of Circa that we designed,” Stevens said of Legacy Club. “We wanted to do something to utilize the height. We sent drones up a few years back, just to get a sense of the views. I thought this concept would be better than a hotel room and better than a restaurant because we wanted to give people an opportunity to take some photos, get a cocktail, then turn it over from there.”

With its floor-to-ceiling windows, Legacy Club offers a nearly panoramic view of the valley. On the patio portion, circular seating options surround fireplaces.

The club has a display of 500 two-ounce gold bars, all bearing the Circa name. Above the vertical display is a digital sign showing the real-time market value of 1,000 ounces of gold. As Stevens spoke Tuesday, the value of the display case’s contents was a little over $1.8 million.

“I feel great about (Legacy Club),” Stevens said. “It’s going to give visitors and people from Las Vegas a chance to see something really spectacular. When you get to see the city light up before your eyes, you know it’s going to be a great night ahead of you.”

As he often does, Stevens also spoke of wanting to honor the history of Las Vegas.

Stevens, like those pioneers before him, is constantly looking at ways to make the visitor experience more enjoyable.

While Circa opens its hotel Monday, officials offered guests the opportunity to check in two days early — beginning at 3 p.m. on Saturday — at no charge. As of Tuesday, about 100 guests had promised to take advantage of the deal.

Alice O’Keefe, director of design and architecture for the Stevens group, said the idea was to give Circa’s rooms a “classic” feel. The standard rooms will have a king-sized bed and spacious sit-down showers.

The hotel will feature several different types of suites. One such option is the “Circa studio” suite, which has beds that face the window and hidden Inova “sofa-WallBeds” — a new spin on the Murphy bed concept — that turn a sofa-against-a-wall into a pull-out sleeping arrangement.

The hotel also has six “founders suites,” which have two bedrooms, a total of 1,830-square-feet of space, and plenty of areas to entertain small groups of people. Founders suites can cost up to $999 per night. Stevens and his wife, Nicole, have been staying at the property the past this week.

“This has been a four-year process for me,” O’Keefe said. “This is my baby, which is now all grown up. I’m sharing it with the world now. I think what we created from a design standpoint is relevant and will be relevant for many years to come.”

For now, Las Vegas, like other tourism-dependent cities, is in a bit of a holding pattern as the effects of the COVID-19 pandemic continue to put a chill on U.S. air travel.

Stevens is well aware of recent announcements, such as the MGM Resorts International plan to close all midweek offerings at the Mirage beginning early next month, that have continued to show light demand for the Las Vegas experience during the pandemic.

“I think there’s so much pent-up demand in this country,” Stevens said. “There’s a desire for people to get out of the house when everyone feels comfortable again. I think the economy is going to really fire back strongly. I think it’s a question of when and hopefully it’s not too much further down the road.”