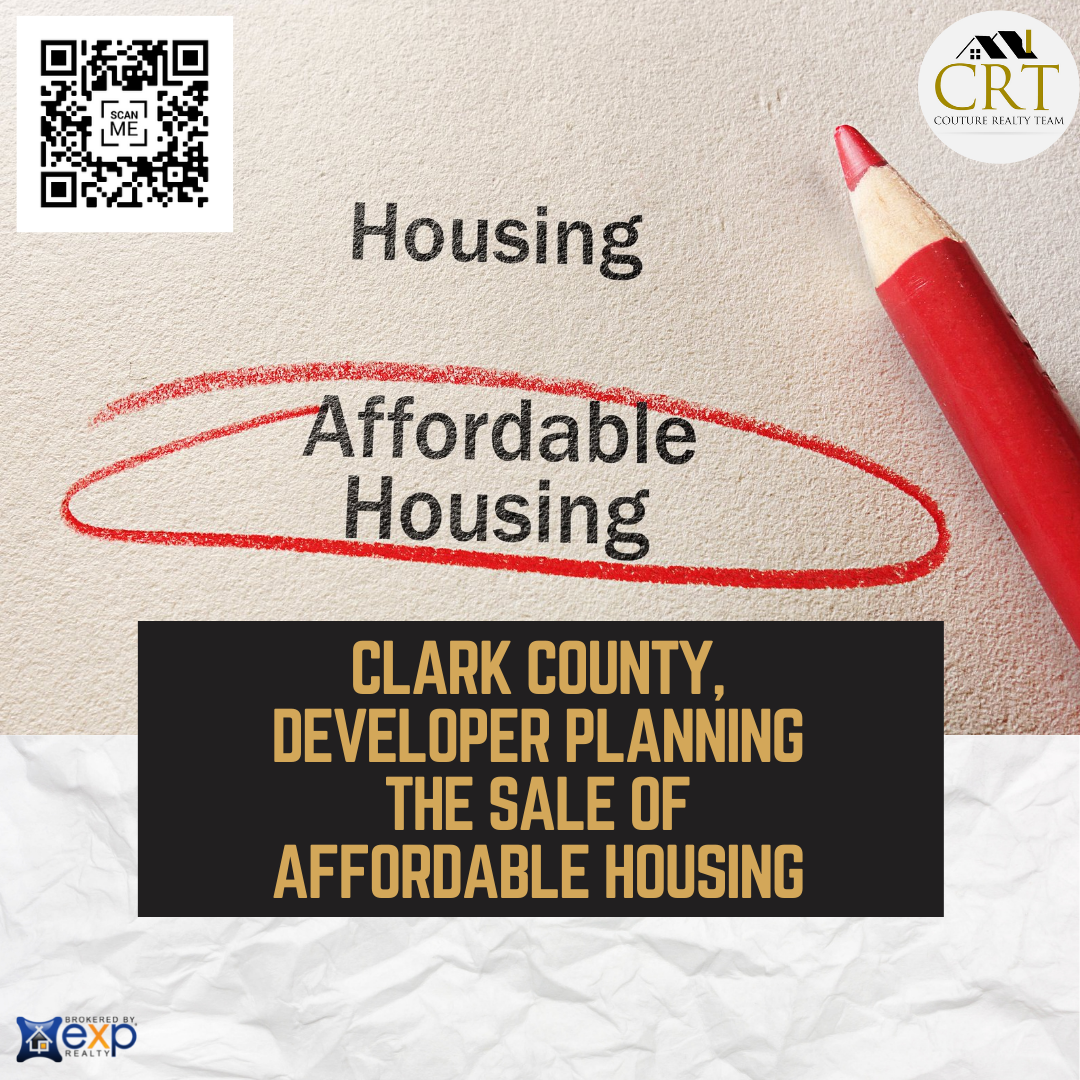 Increasing the affordable housing stock has generally been a reserved effort to help renters, but Clark County officials plan to target a new market: home buyers.
In the near future, officials say they envision low-income families having an opportunity to purchase homes under an affordable housing model that will make use of federal land.
County commissioners on Tuesday inched closer to realizing a plan underway for years by setting off negotiations with developer Kavison Homes to construct more than 100 single-family units on 15 acres in southwest Las Vegas to be sold to low-income families.
The proposed affordable housing tract, along Cactus Avenue and east of Buffalo Drive, represents the first of its kind for the county, which ultimately hopes to approve similar projects at least a few times every year to grow its pipeline of for-sale affordable homes in Southern Nevada.
“Homeownership has many benefits for families and the community, but it is a dream that is simply out of reach for many residents,” County Manager Yolanda King said in a statement.
The plan comes amid an affordable housing crisis that has been exacerbated by economic uncertainty as a result of the pandemic. Record housing prices only recently started to stabilize. The median sales price of previously owned single-family homes hit $406,500 in September, up more than 20 percent from the year prior, according to trade association Las Vegas Realtors.
Under the housing model, the county and a developer would work out a development agreement on a parcel owned by the Bureau of Land Management, according to a county staff report. The county then would seek a direct sale of the property from the BLM, which coordinates with the Department of Housing and Urban Development for final approval.
Land sold under this disposal process for affordable housing purposes can be discounted 75 to 95 percent of fair market value, according to federal guidelines. Nancy Amundsen, the county’s director of comprehensive planning, acknowledged to commissioners that the process can be lengthy.
County officials said that families expected to qualify for the first project, now under negotiation, would earn less than 80 percent of the area median income, or $64,000 or less annually for a family of four.
‘Plethora of buyers’
Even though the project is a year or so away, county Commission Chairwoman Marilyn Kirkpatrick suggested that the county lean on the nonprofit sector to provide financial literacy assistance to potential homebuyers.
Todd Stratton, owner of Kavison Homes, told county lawmakers that the company would be internally discussing how to identify and educate potential buyers.
“There’s a plethora of buyers in this town,” he said. “We have to get them, educate them, get them ready.”
County officials said they planned to reach out to diverse communities, labor unions, and school districts, but that ultimately buying into the affordable housing tract would be first come, first serve.