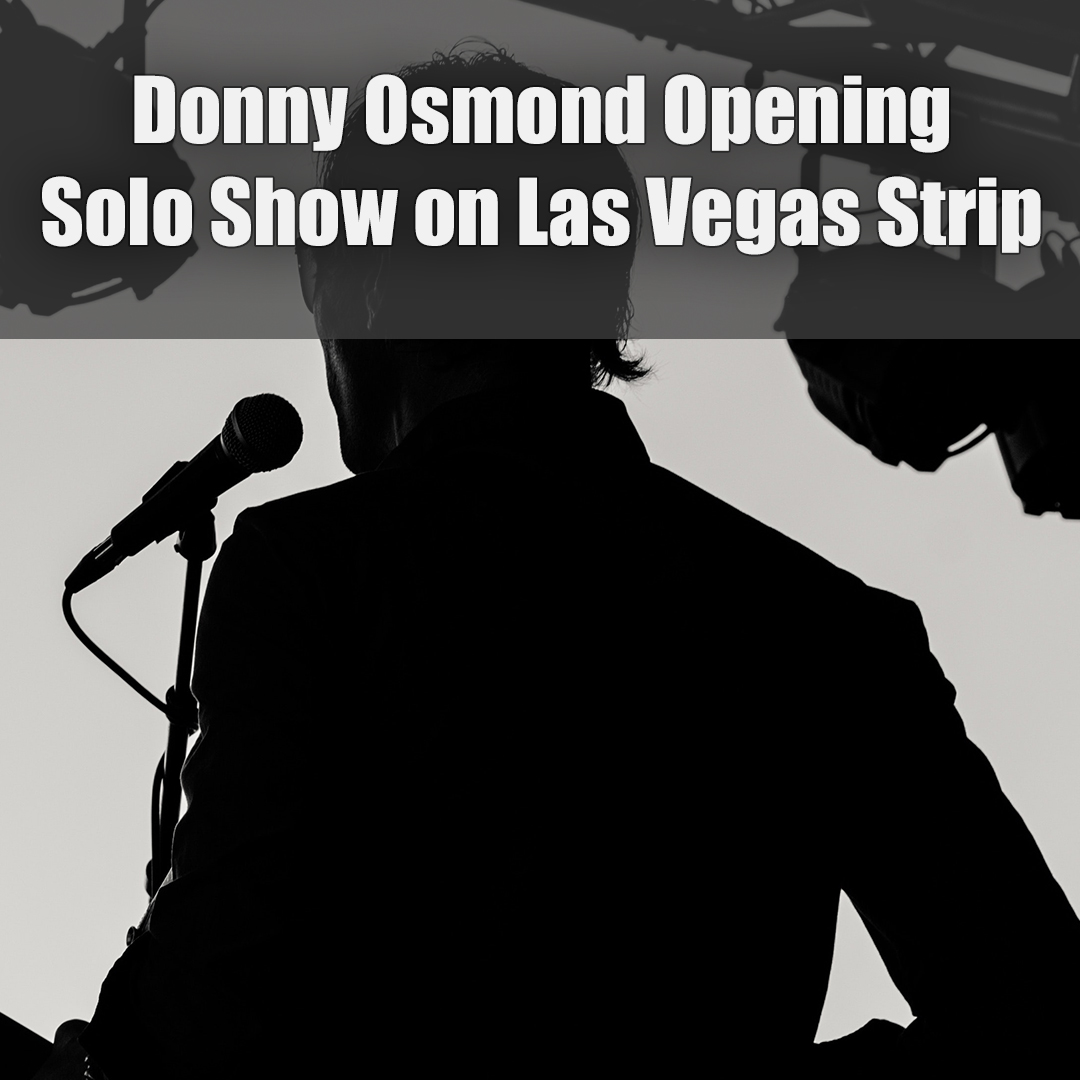 The one and only Donny Osmond is returning to Las Vegas with his first-ever solo show. Caesars Entertainment made the announcement on Friday, November 20th.

It was one year ago this week that Osmond and his sister Marie ended their 11-year run at the Flamingo and now he’s back at Harrah’s.

Osmond is already looking to the future which is lit up in lights as bright as his star power. “It’s more than a pinch-me moment. I just can’t believe it,” he said.

He already has a key to the strip and a star on the strip and decades of experience performing in the Entertainment Capital of the World. Now, a solo show. “It’s going to be six decades of music in 90 minutes.”

So, what does that look like? It’s personalized he said. “The show changes every night, depending on what the audience wants to hear, that’s what they’re going to get.”

The hits. The requests. And, yes, dancing. He joked that since winning Dancing With The Stars in Season Nine, the bar has been set. “Dance Donny, come on, do something,” he said laughing.

But, it’s also hard work putting together a show that appeals to every age. “I want people to walk out, no matter what demographic it is, they walk out of the theater and they say, I heard what I want to hear, and I saw what I wanted to see.”

Donny opens August 2021 and he is keenly aware of how much even just one show can mean to a city that’s really struggled amid the global pandemic. “It’s not just about me, The Donny Show. Think of all the costumers, the dancers, the musicians, the hotel staff.” He said it’s a privilege to have been part of the city’s fabric and knows it’ll once again return to shine.

“To bring some life and light back into this great city that has been so good to me over the years,” he said, “We are Vegas Strong and we are coming back.”