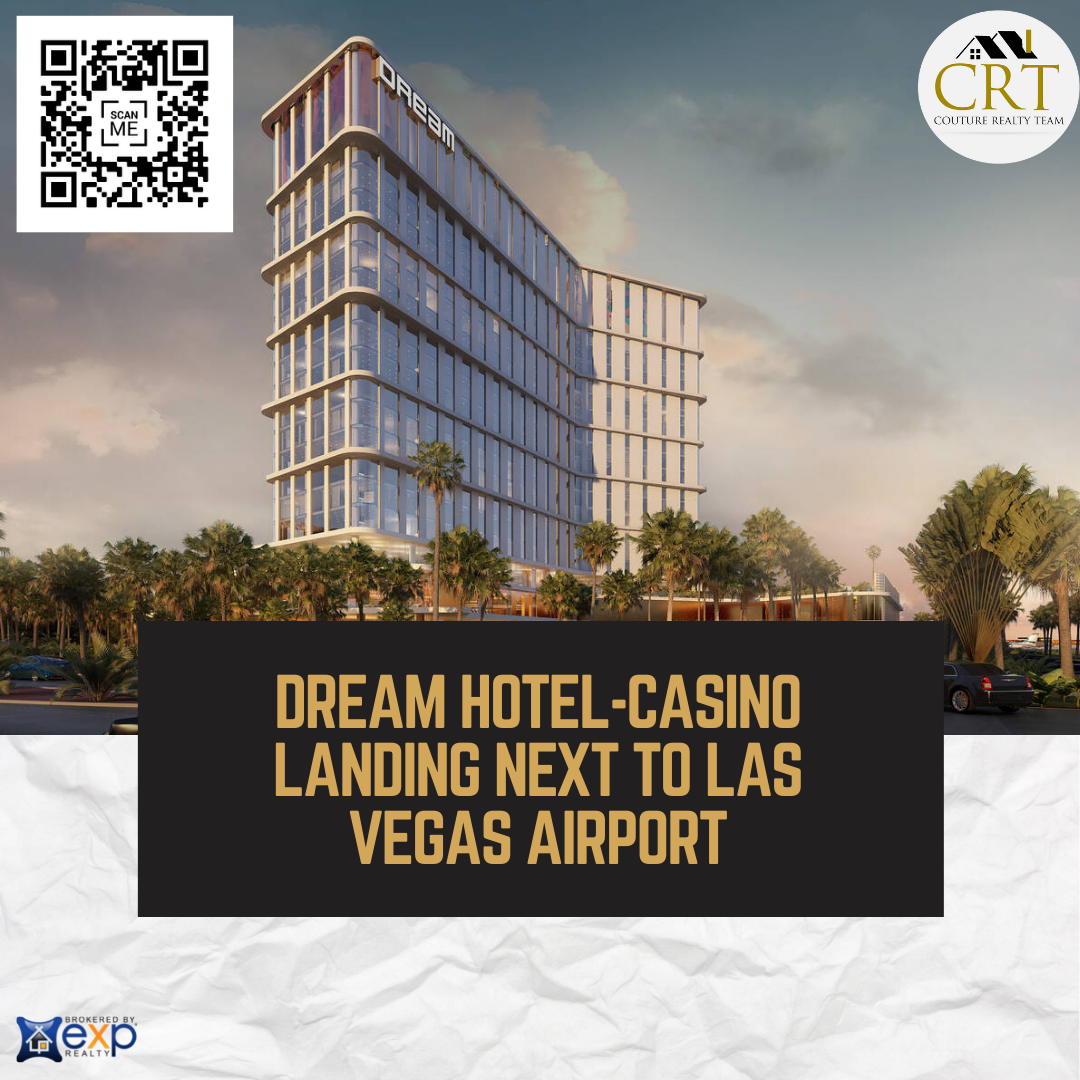 After worrying about possible illegal drone flights, laser lights, gunfire, and even bombs hidden in garbage trucks, the developers broke a major hurdle this week in their quest to build a resort next to the Las Vegas airport.
The Clark County Commission voted 6-1 to approve plans Wednesday for Dream Las Vegas, a 20-story hotel-casino that would be built next to the Harley-Davidson motorcycle dealership near the south edge of the Strip. Its roughly 5-acre plot of land on Las Vegas Boulevard is currently separated from McCarran International Airport by chain-link fencing.
Commissioner Ross Miller — who during the hearing said the “first threshold question” is whether county leaders should “allow for casino-hotels directly on top of our airport” — cast the lone “no” vote.
Dream developers David Daneshforooz and Bill Shopoff hope to break ground by late second quarter or early third quarter 2022 and open about two years later.
It is slated to cost around $500 million, Daneshforooz said.
The 527-room project would be much smaller than other resorts on Las Vegas Boulevard, offering a boutique-style experience in an ultra-competitive market dominated by massive resorts that often have thousands of rooms apiece.
Shopoff figures his group will “find our following” among visitors who don’t want to stay in a sprawling hotel-casino.
He also said the developers will probably spend more than $10 million on physical changes to the project that stem directly from the concerns and opposition they faced.
‘Flash blindness’
Shopoff, founder of Shopoff Realty Investments, and Daneshforooz, chief executive of real estate firm Contour, announced project plans in February 2020, a month before the coronavirus pandemic devastated Las Vegas’ economy and turned the Strip into a surreal site of closed casinos and quiet sidewalks.
Dream, however, faced a series of obstacles due to its location.
As outlined in county documents, the proposal raised “safety and security concerns” about McCarran operations, and project plans were sent to agencies including the FBI, the Department of Homeland Security, and the Secret Service.
The Transportation Security Administration issued an assessment stating the project is near an area of the airport “used for high-level individuals, special operations and military aircraft parking,” and the resort “would increase risk to both the aircraft and the passengers due to active shooters and the ability to throw things over the fence intended to cause harm” to people and planes, county documents show.
The TSA also said the hotel’s proposed service road would make its border with the airport “more susceptible to Vehicle Borne Improvised Explosive Device attacks delivered by vendor or garbage truck,” and that open areas planned for the third and ninth floors “provide a direct line of sight for laser flashing and long gun attacks” against aircraft and the airport, county documents say.
Moreover, major airlines such as Southwest, Delta, American, and United all raised concerns about the project, citing such issues as illegal drone activity, lasers, and lighting and billboards that “could potentially be a source of flash blindness.”
Design changes
Project representative Tony Celeste of law firm Kaempfer Crowell described multiple design changes to the commission Wednesday.
Dream’s porte-cochere was moved, letting the developers shift the tower away from the airport property line and toward Las Vegas Boulevard, and its border with McCarran will feature a “nine-foot-tall, double-reinforced security wall” with guard rails and wrought-iron fencing, he said.
A security checkpoint will allow only authorized vehicles onto the service road that rings the property, and grates or spikes will be installed on the other side of the building to prevent drivers from avoiding that checked entry, according to Celeste.
More importantly, he told commissioners, sightlines to McCarran have been “dramatically reduced.”
The parking garage will be enclosed; the hotel’s now-lone pool deck will have a “decorative” 10-foot security wall; all of the guest-room balconies were scrapped, and each room will have a “glass-break detector system” that will alert security if anyone tampers with the windows, Celeste said.
The gunman who attacked the Route 91 Harvest festival on Oct. 1, 2017, killing 60 people and injuring hundreds more, broke through windows on the 32nd floor of Mandalay Bay to take aim at the open-air concert grounds on the south Strip. He also fired several rounds at airport fuel tanks.
‘Vacant space’
Rosemary Vassiliadis, the county’s director of aviation, told commissioners Wednesday that officials “appreciate the commitment” from the developers to adhere to a range of preconditions, which she said “should mitigate the severity of the security and safety concerns” but not eliminate them.
“Pilots like open, vacant space,” she said, “so with that, they will not support a project like this.”
Vassiliadis also said that the Federal Aviation Administration did not find “any obstruction impact” to airport operations stemming from Dream’s proposed height, currently 234 feet.
Commissioner Jim Gibson, whose district includes the project site, alluded to the county’s sale of the parcel in the late 1990s and noted it came with a deed restriction that allowed for a resort hotel.
Gibson also pointed to Vassiliadis’ comments about mitigating — not eliminating — security concerns.
“It is impossible, it really is impossible on almost any project to say this … will never, can never happen,” he said.