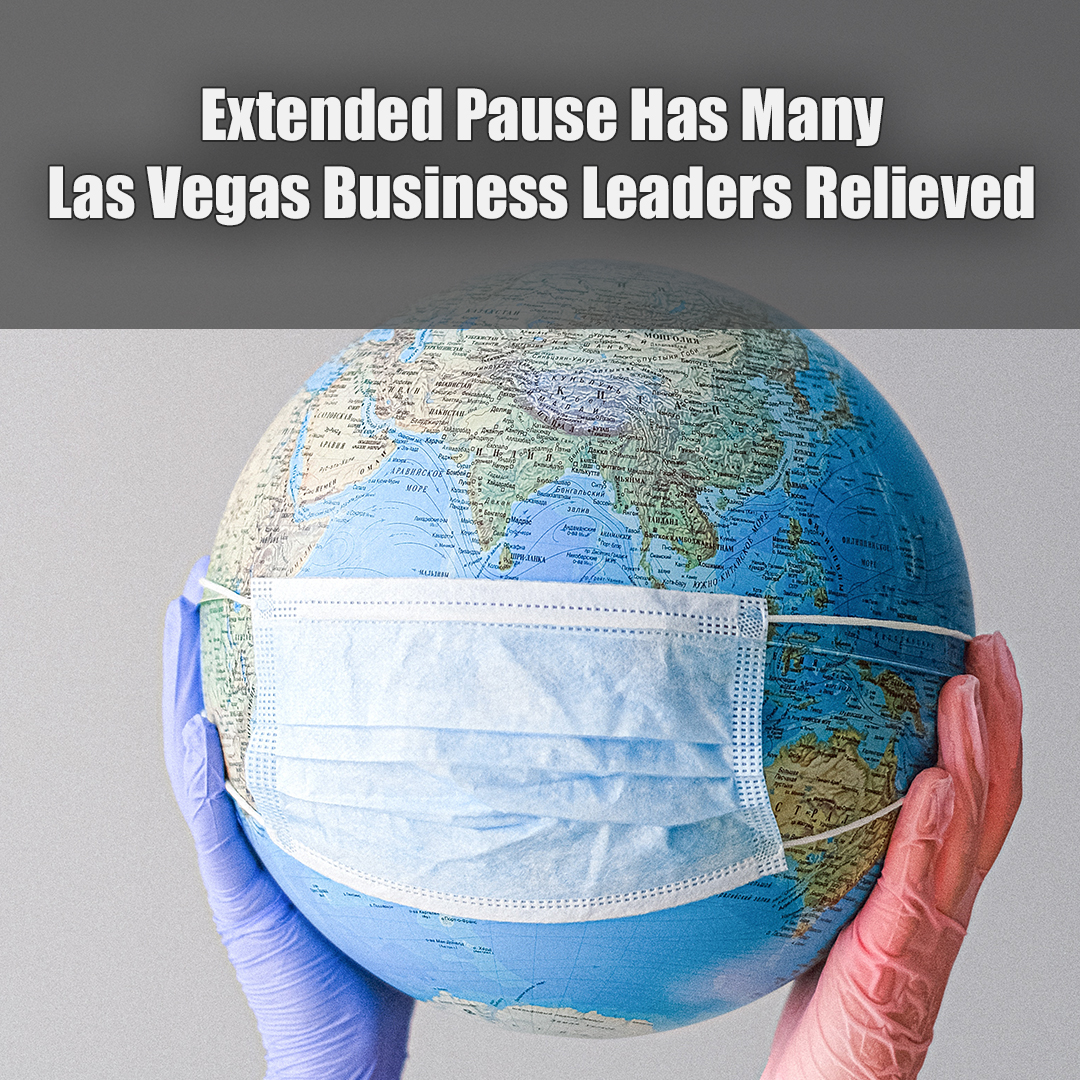 It could have been worse.

That’s the consensus of business leaders on Gov. Steve Sisolak’s decision to extend the statewide pause to Jan. 15 in an effort to slow the spread of the coronavirus.

Though the pause has been devastating to businesses, most business leaders said they were grateful the governor didn’t order additional restrictions and closures even as infection rates climb.

“Closing businesses, as they have in other states, would be a death knell,” said Cara Clarke, a spokeswoman for the Vegas Chamber.

Peter Guzman, president of the Latin Chamber of Commerce, said Sisolak’s decision to not impose further restrictions give businesses “a fighting chance to keep their doors open.”

Businesses open means people working, and that means “people will be able to buy Christmas gifts and have somewhat of a Christmas and a holiday season,” he said.

Ken Evans, president of the Urban Chamber of Commerce, said businesses are “running thin” at 25 percent capacity, but “we’re trying to, as safely as possible, avoid a total shutdown.”

Thoran Towler, CEO of the Nevada Association of Employers, said he was nervous about what the governor was going to announce with news of increasing COVID-19 infection and death rates climbing.

“Extending the current restrictions is hard for so many small businesses and their workers, but I realize it could be a lot worse,” Towler said. “Many of the businesses I work with are fearful of the governor shutting down some entire industries or counties like California has done recently.”

But Randi Thompson, Nevada director of the National Federation of Independent Business, was critical of the governor.

“I was very upset to see that we have enacted these restrictions and they’re not making a difference,” she said. “Opening up our economy and telling those who should stay home to stay home is working in other states. Why are we not looking at other states that are allowing their economy to work but protecting those that are most vulnerable? That should be our focus.”

The extension of the pause is a “mixed bag” for the gaming industry, said Brendan Bussmann, director of government affairs for Las Vegas-based Global Market Advisors. Even though there aren’t more restrictions, the current restrictions are harming casino operators.

“The industry continues to lead as it is the most regulated in the state but faces some of the strongest restrictions,” he said.

Meanwhile, gaming and tourism leaders reacted favorably to the announcement.

“The health and safety of our guests, visitors and fellow residents remain the resort industry’s highest priority,” said Virginia Valentine, president and CEO of the Nevada Resort Association “We understand the difficulty of the situation and appreciate the governor’s balanced approach in making this decision.”

The Las Vegas Convention and Visitors Authority also was supportive.

“Our resorts, casinos and attractions remain committed to putting the health and safety of our residents and visitors first and will continue to support the state’s extended directives to help reduce the spread of the virus,” said LVCVA spokeswoman Lori Nelson-Kraft.

Nehme Abouzeid, president and founder of LaunchVegas LLC, a professional services firm based in Las Vegas, said most casino companies already have written off 2020.

“As far as the casino industry is concerned, everybody has already written off the year as a bust and are planning around the vaccine delivery next year,” Abouzeid said. “The industry is grinning and bearing it until the vaccine arrives while also thinking how they can make their businesses smarter for the future.”