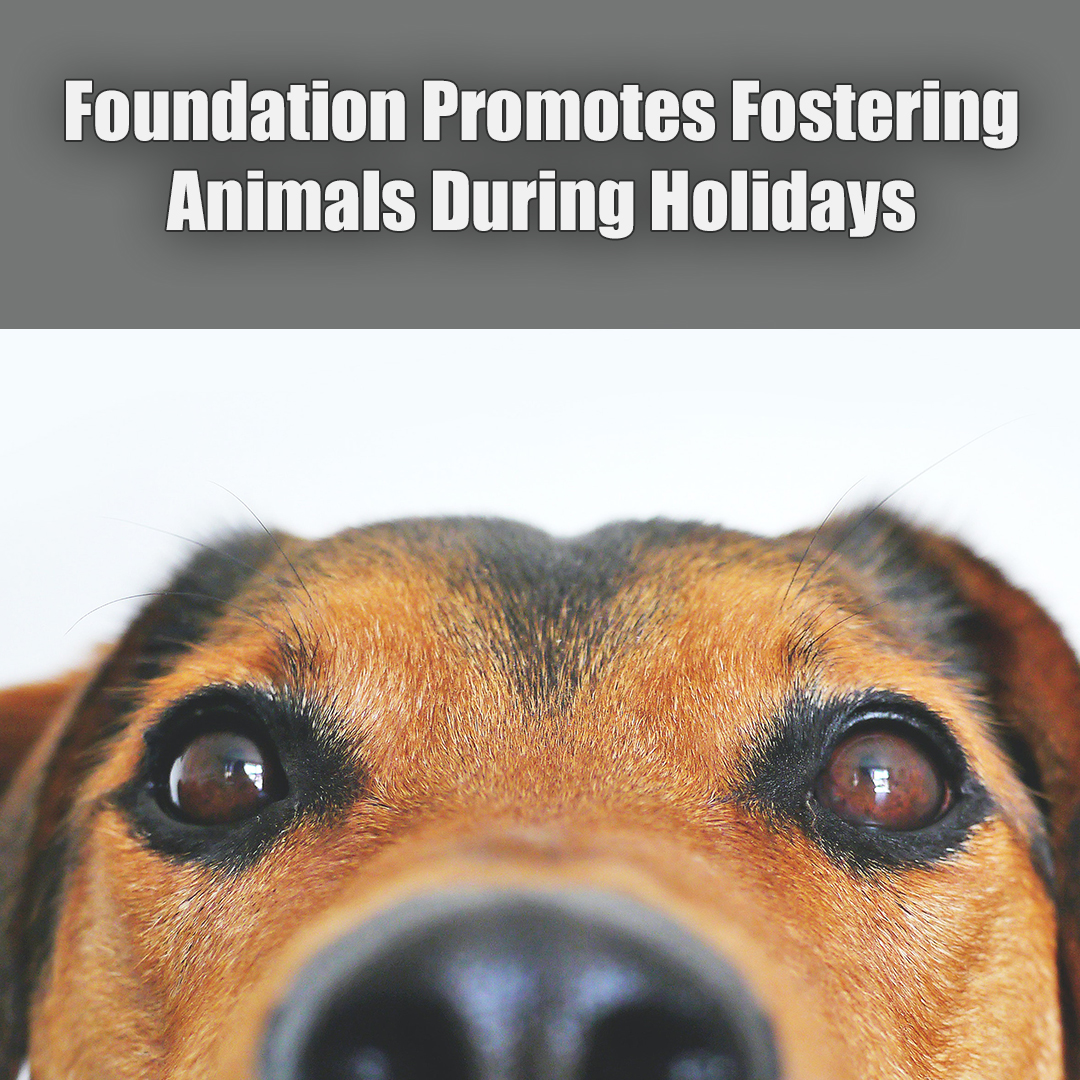 After about nine years of fostering kittens, Krista Neibaur and her family fostered an adult pit bull last year for Christmas when they heard about a holiday promotion run by The Animal Foundation.

Neibaur said she, her husband and their five kids love cats but didn’t have any experience with dogs, so they decided a short-term foster would be the perfect way to test the waters. So they took in Harry Potter, a pit bull with a scar on its head from being hit by a car.

Harry needed a home while recovering from surgery and the Neibaurs immediately fell in love, but they quickly found a great family that wanted to adopt him. So after he was sent to his new home, the family adopted a new puppy: a goldendoodle named Roman.

Roman is “the best foster brother,” Neibaur said. He loves other animals, cats and dogs and helps teach the foster pets how to play with other animals and come out of their shells before they go on to their forever homes, she said.

In the past year, the family has started fostering both dogs and cats, even adopting a kitten recently that Neibaur said was supposed to go to her mother-in-law in Idaho but couldn’t get there because of COVID-19.

“There isn’t anyone in my family who doesn’t love fostering,” Neibaur said. “My husband is always like, ‘Oh, here we go again,’ but he’s always the first one to fall in love with them once he sees them.”

She said she recommends fostering to all of her friends, and many of them have gotten into it as well.

“It’s a win-win,” she said. “You get to try out a new pet short-term, and you can either keep them, or you help give them a good home until they go to their forever home.”

The Animal Foundation is running the promotion again this year, and foster coordinator Alec Petronsky said about 35 animals were available as of Thursday afternoon.

Petronsky said the promotion began the week before Thanksgiving with about 100 animals. Thirty were placed in foster homes for Thanksgiving, and a few were adopted. A few are still with their foster families and a few are back at the Animal Foundation.

The promotion focuses on finding weeklong foster homes for cats over 6 months of age and dogs over 30 pounds. Petronsky said about 20 dogs and 16 cats are available.

“The smaller animals get adopted pretty much immediately,” he said. “So this promotion focuses on getting the older animals who spend more time at the foundation out for a week or so. Our goal is to not have any adoptable animals staying at the foundation by the time we close on Christmas Eve.”

Last year, Petronsky said only nine animals were left at the foundation on Christmas Eve. The goal this year is zero.

The foundation is proud of its “foster fail” record, Petronsky said, laughing: About a third of the families that foster pets end up adopting them.

Anyone who wants to foster a pet over the holidays should check the Animal Foundation’s website then call to schedule an appointment with a pet already in mind, Petronsky said. When foster families come in for their appointment, they will just pick up the animal and a week’s worth of food to limit COVID-19 exposure.

Foster families are asked to take the pet for a week over the holidays, then they can continue fostering, adopt the pet or return it to the foundation, Petronsky said. They are asked to get photos and videos and write a bio about the pet to help expedite adoption if the pet is being returned to the foundation.

Anyone interested in fostering a pet this holiday season can contact The Animal Foundation at foster@animalfoundation.com to apply.