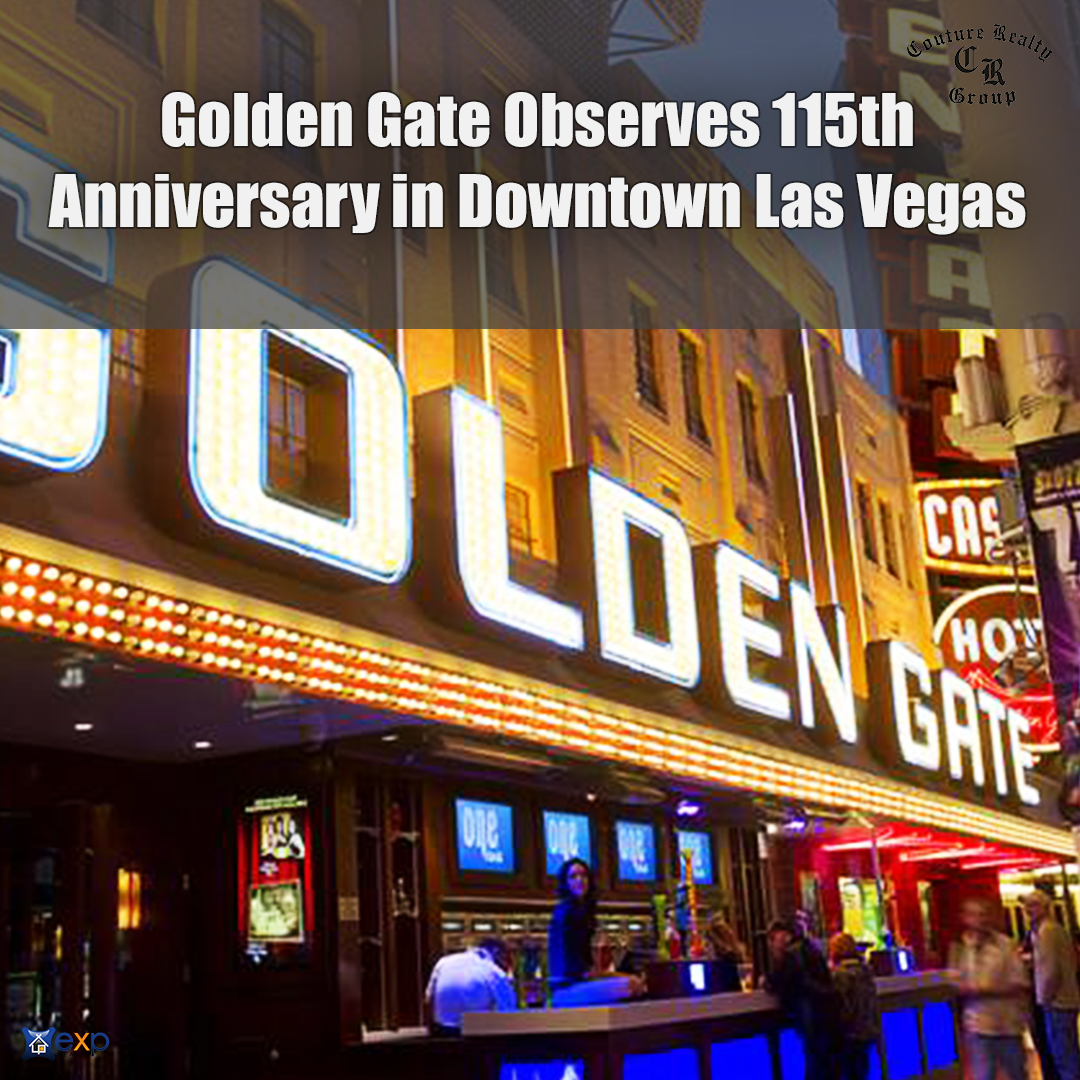 Telephones were few and far between. The first one in town, with the phone number of “Ring 1,” was installed in 1907 at the two-story hotel at Main and Fremont streets that is observing its 115th anniversary this week.

Derek Stevens is the owner of the oldest and newest hotel properties in Las Vegas, and they’re right across the street from each other.

“Golden Gate was a place that I always thought needed to be protected as the oldest building in Vegas. With Fremont Street, all that history, we always wanted to celebrate the history of the Golden Gate,” Stevens said Friday while standing beneath the Fremont Street Experience canopy, midway between the historic Golden Gate and the weeks-old Circa.

Stevens explained that the Golden Gate was the first property that he and his brother, Greg, acquired and that enabled them to learn the hotel and gaming business and provide ideas for their next property, The D, and then the development of Circa, which had a split opening of the casino in October and the hotel at the end of last year.

Over the years, the Golden Gate, formerly known as Hotel Nevada, was not only at the center of the dusty railroad town known as Las Vegas but also in the middle of historic changes involving the legalization of gambling and drinking.

Gambling was outlawed in 1910, and the hotel put away the roulette wheels, felt tables and card games until 1931, when it was legalized just in time to serve the Hoover Dam workforce. It survived during the Prohibition era, when the production, importation, transportation and sale of alcoholic beverages was prohibited starting in 1920 but returned at the end of 1933 with the repeal of the 18th Amendment.

The Golden Gate is the home of Bar Prohibition, and a newspaper cover announcing the end of Prohibition is prominently displayed on the wall at the bar. The hotel also showcases old whiskey bottles that were hidden in the walls of the building.

A group of businessmen in San Francisco took over the property in 1955 and renamed it the Golden Gate.

The Golden Gate, also once known as the Sal Sagev (Las Vegas spelled backward), was also the originator of a Las Vegas staple, the inexpensive shrimp cocktail, in 1959. Its website notes that the hotel-casino had sold as many as 2,000 shrimp cocktails in one day. Today, the treat is on the menu at Saginaw’s Delicatessen at Circa.

Rat Packers Frank Sinatra, Sammy Davis Jr. and Dean Martin bellied up to Bar Prohibition when the Golden Gate became one of their downtown hangouts.

The Stevens brothers entered the picture right around the time the property celebrated its 100th anniversary. In 2012, the property added a 35,000-square-foot luxury tower with 16 suites, and in 2017, a second major expansion was completed with a casino entrance from the Fremont Street Experience.

The most recent Stevens modification to the property was the introduction of Circa Sports and the resort’s first sportsbook in 2019.

When COVID-19 struck in 2020, Golden Gate was among the hundreds of properties closed for 78 days. Stevens is more than ready to put that behind him.

“Golden Gate is ready to go,” he said. “Once we get past 2020 and hopefully at some point in 2021, not too far down the road, we’re able to do what we’ve always done, which is throw parties every night and get people from around the country and around the world to come visit us.

“Golden Gate has never had the opportunity to open while little brother (Circa) over here is open. We want to get through this and back to operating.”