Golden Knights Get Chance to Rest

Golden Knights Get Chance to Rest 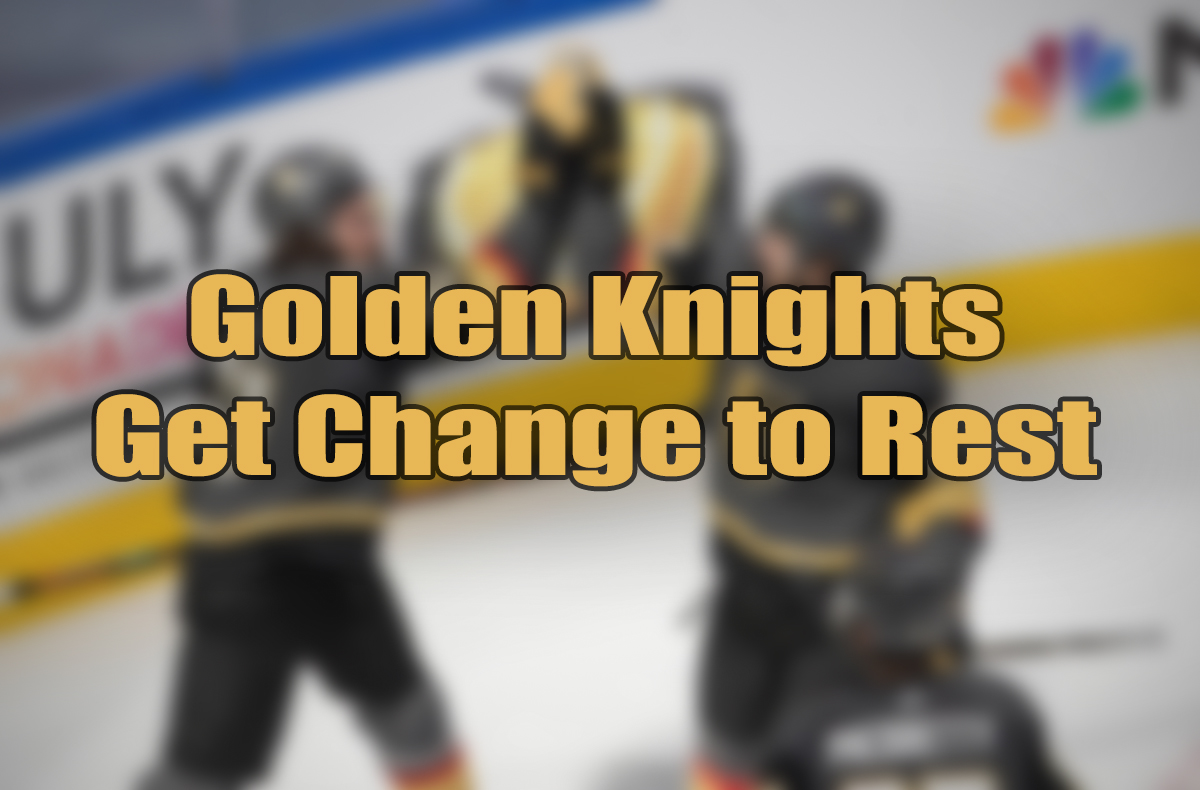 The Golden Knights became the first team to advance to the NHL’s conference semifinals and now have time to rest and recover from their series against the Chicago Blackhawks.

The Knights, who eliminated the Blackhawks in five games with Tuesday’s 4-3 victory in Edmonton, Alberta, won’t know their next opponent for several days and won’t play again until next Tuesday at the earliest. That will give them time to reflect on what worked and what didn’t in their first playoff series win since May 2018.

Robin Lehner started four of the five games against the Blackhawks.

Whether fans like it or not, that makes coach Pete DeBoer’s goalie hierarchy pretty clear for now. Marc-Andre Fleury will still play. He might even regain the starting job if Lehner struggles.

But for now, it’s Lehner’s crease.

“I thought he found a way to win us games,” DeBoer said. “It wasn’t an easy series for either of our goaltenders, and I thought they both performed really well.”

Fleury was great in Game 3. He allowed one goal and earned his 80th playoff win, tied for sixth all time with Ken Dryden.

Still, DeBoer went back to Lehner in Games 4 and 5. He trusted the trade deadline acquisition against his former team.

Lehner allowed nine goals against Chicago and saved 86 of 95 shots. He had a few miscues, such as the puck he headed into his net in Game 4, but was strong overall. He made 13 straight saves in Game 5.

“We played really well,” Lehner said. “We didn’t let them come in. There definitely was some nerves. You want to make the saves that come in when the game is on the line, the series is on the line. You just try to focus on saving the puck.”

The Knights advanced despite not being at full strength because of injuries.

Ultimately, it didn’t matter. The Knights got enough production from the rest of their lineup. Fourth-liners Ryan Reaves and William Carrier each had two assists. Even taxi-squad call-up Patrick Brown scored.

Pacioretty started to look more like himself in Game 5, when he had a goal and an assist. But the Knights’ performance when he was getting up to speed was encouraging because it showed they can win with different lineups.

“We’re a different team when (Pacioretty’s) healthy and moving and attacking and skating like he is now,” DeBoer said. “It’s nice to have him back. I think you look around all the bubbles, and injuries play a factor. If there’s key guys out for teams, they’re usually struggling, and I think we found a way to overcome some of that adversity and keep moving forward.”

But there might not have been two steadier players than defensemen Alec Martinez and Shea Theodore. They led the Knights in time on ice for good reason. They allowed only two goals at five-on-five despite being matched with 2016 Hart Trophy winner Patrick Kane’s line in Games 1, 2 and 5.

Kane scored just one goal in the series. It came Tuesday with Martinez and Theodore on the bench. Theodore finished the series plus-7 at five-on-five and Martinez plus-6.

“I think we were able to try to jam things up in the neutral zone, and then also in our own end, we were quick to contact and tried to take away their time and space,” Martinez said. “That was something that we focused on from the get-go. Just playing strong defensive hockey, we knew we would get chances the other way.”

Theodore scored two goals against Chicago. He has four in the playoffs, which led all defensemen entering Wednesday’s games. Martinez scored the Knights’ lone power-play goal of the series in Game 5.

“As great as Marty’s goal was on the power play, he blocked two or three key shots, too, at critical times,” DeBoer said. “Some real character blocks for us where he threw his body on the line in order to preserve the win in the third that were just as important. He does a little bit of everything for us.”