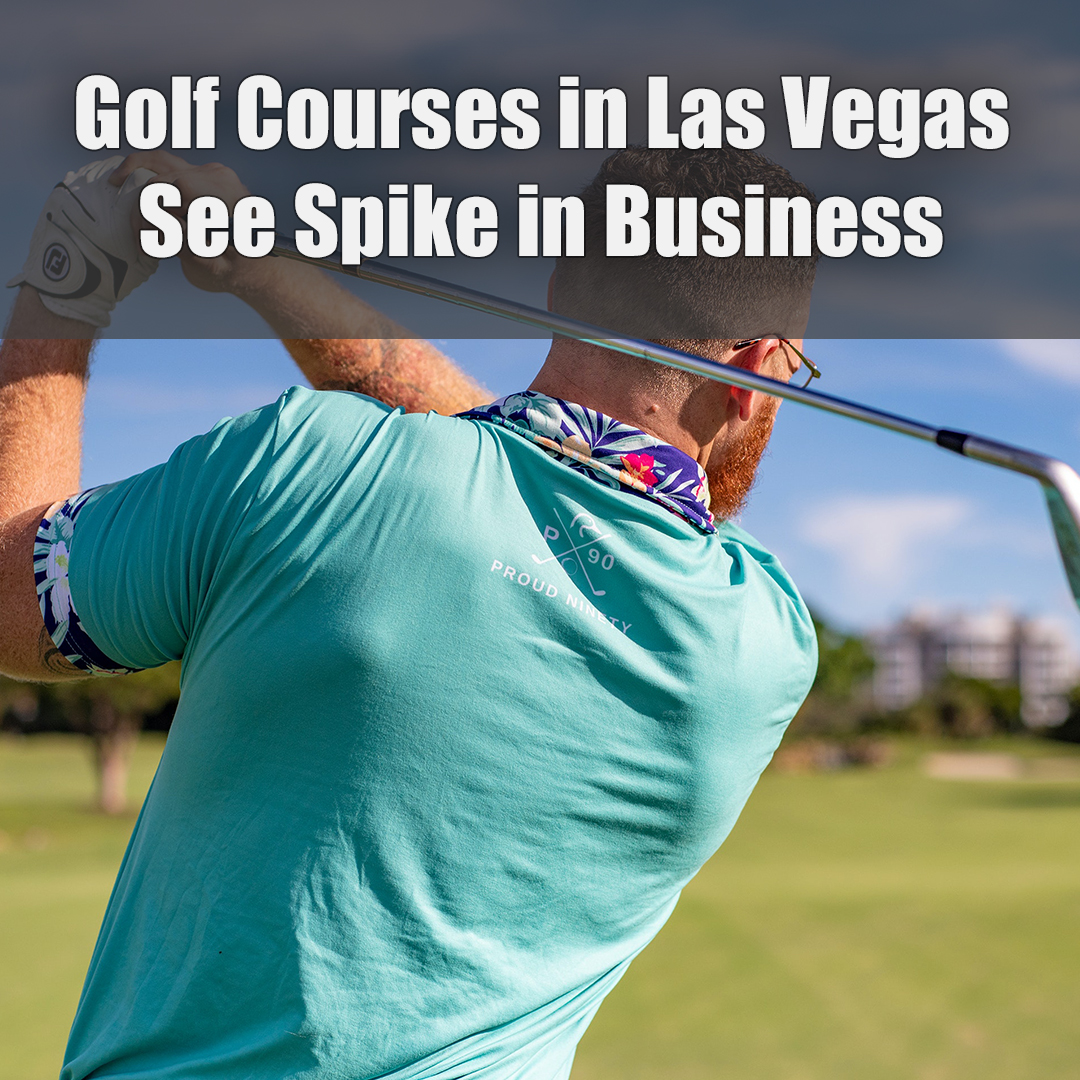 Ronda Henderson is no stranger to the golf course.

Golfers don’t qualify to play in major tournaments like the U.S. Senior Women’s Open—which Henderson did in 2019—without spending a lot of time on the links.

Since the onset of the COVID-19 pandemic, however, regulars like Henderson, a Las Vegas resident, have had more company than normal on the course.

“I think people are playing golf now instead of spending time on some of the other diversions they used to be able to do,” Henderson said. “I know that more of my friends are playing more golf now because they can.”

In many ways, golf is a perfect activity for COVID-19 times — it’s played outdoors, usually in small, socially distanced groups.

“In my opinion, we’ve seen one of the biggest influxes of new golfers or people returning to the game since Tiger Woods,” said Jim Leisenring, general manager of Angel Park Golf Club.

Rounds of golf played, according to research firm Golf Datatech, were up 22% in August in the Las Vegas area when compared with the same month last year.

Las Vegas golf writer and historian Brian Hurlburt said the pandemic, which has brought periods of idle time for many, has created an opportunity for the industry.

“For the past 10 or 15 years, it’s been a common refrain from golfers to say they don’t have four or five hours to play,” said Hurlburt, founder of the website Las Vegas Golf Insider. “Now, people relish that opportunity to be outdoors, to be doing something for several hours. They have the time now.”

In mid-March, like most other businesses in the state, Nevada golf courses were ordered closed by Gov. Steve Sisolak, though they were allowed to reopen several weeks later.

Some restrictions remain in place at the course, including a one-person limit for golf carts, and the requirement that players wear face coverings inside the clubhouse and on their way to the first tee.

Since visitation into Las Vegas — one of the top golf tourism destination cities in the West — is down significantly this year, many golfers populating course are locals.

That’s even been true on the Strip, according to Wynn Golf Club executive director Brian Hawthorne.

“Interestingly, we have seen a heavier local presence,” Hawthorne said. “Whether you can attribute that to folks who might normally take off for the summer and didn’t this year and might have some money to spend on a unique golf experience, I’m not sure. Quite frankly, we’ve seen more activity here lately than we probably could have ever imagined.”

Since golf courses can run the gamut from the public and affordable to the exclusive and expensive, business levels being witnessed by different operations can vary.

And even during the hot summer, business was booming, course officials said.

“It’s happening because of a pandemic, but I think it will continue to be a good thing for the game of golf,” said Tony Blasius, general manager at Las Vegas city-owned Durango Hills Golf Club. “Right now, the weather is almost perfect and answering phones, for us, is nuts. It’s that busy.”

It’s not just public courses that have seen increases.

Jason Cheney, general manager at Southern Highlands Golf Club, said memberships at private clubs are up “significantly,” along with numbers for rounds played.

“The game of golf has recaptured the interest of individuals at levels we have not seen as an industry for years,” Cheney said.

For the second straight month in August, every state in the continental U.S. witnessed a rounds-played increase of at least 2%, according to Golf Datatech.

At the Las Vegas Golf Superstore on Dean Martin Drive, employee Greg Kozlowski said he’s noticed an increase in golfers in their 20s and 30s.

“People are wanting to play and it’s been great for us,” Kozlowski said. “We’ve seen a lot of young people who have picked up the game, but we’ve also seen a lot of people in their 50s picking it up. We’ve seen a lot more women, too. It seems like a lot of ladies are playing the game again, which is great for our sport going forward.”