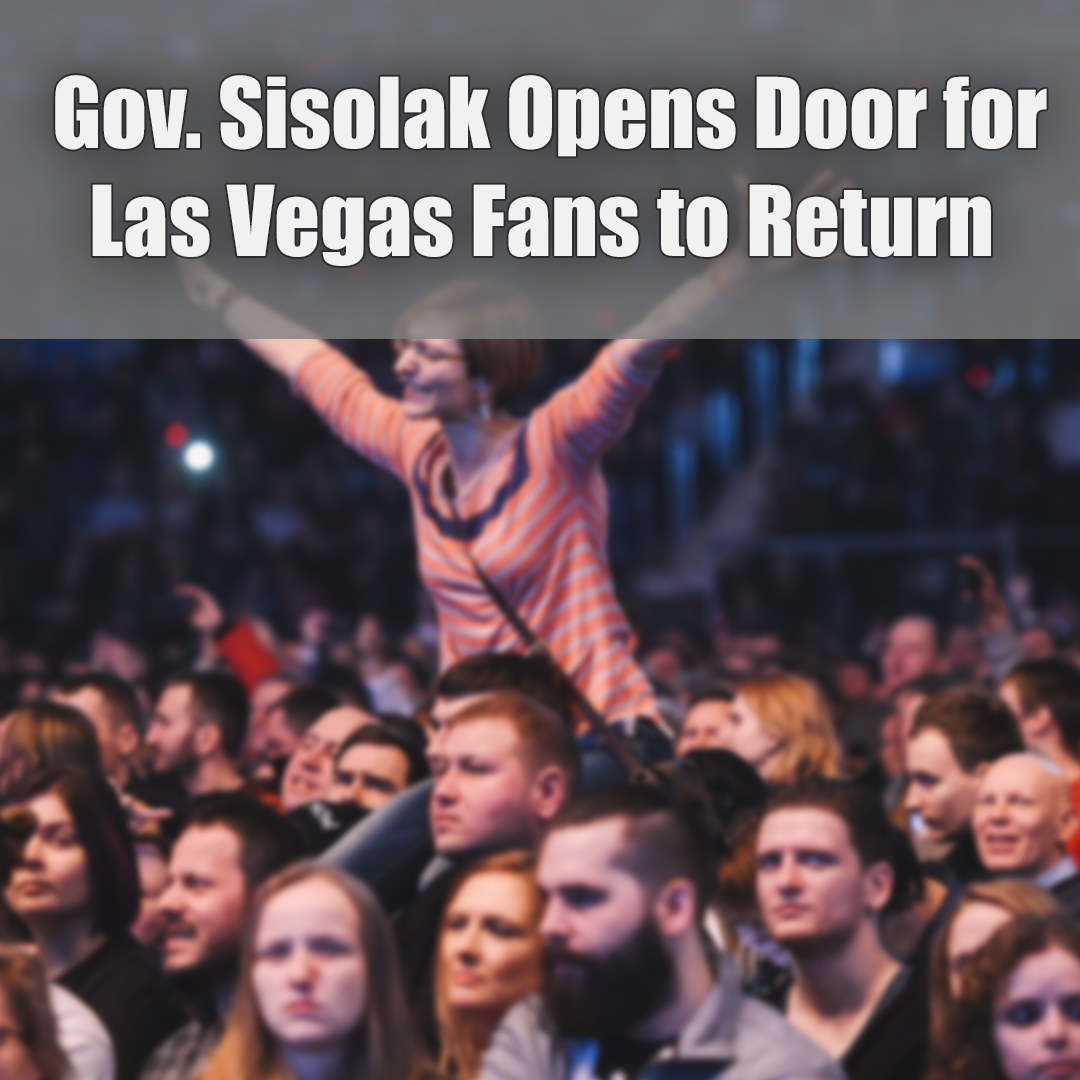 UNLV and the Lights didn’t waste time responding to Gov. Steve Sisolak’s announcement on Tuesday that he was creating a path for Las Vegas-area sports events to begin admitting fans.


That they were so eager underscores how badly those who run college and professional sports desire a return to some sort of normalcy and the revenues that come with it.


“Today, one of our student-athletes responded that everything they’ve been wanting over these last six months has finally come to fruition,” UNLV athletic director Desiree Reed-Francois said Wednesday in a text message. “It’s just amazing. While we still have work to do with our protocols, these last five days have provided much needed light.”


Las Vegas Raiders quarterback Derek Carr (4, center) pump a fist to the crowd after hammering a ceremonial sign into the ground during the official announcement ceremony for the the at Allegiant Stadium on Wednesday, Jan. 22, 2020, in Las Vegas.


UNLV hopes to sell tickets for up to 6,500 fans for its football games at 65,000-seat Allegiant Stadium. That’s 10 percent of capacity, the current limit according to Sisolak’s new guidelines.


UNLV’s plan must clear review by the Southern Nevada Health District and the Nevada Department of Business &Industry. Its home opener is against UNR on Oct. 31.


The Lights didn’t have to submit their plan to authorities or go through a 30-day waiting period because they weren’t looking to fill 10 percent of Cashman Field’s capacity, which is 10,000. By allowing only 250 fans, the Lights were able to move quickly.


Like UNLV, the Raiders could take advantage of the new rules to allow fans into one of the NFL’s newest and most spectacular stadiums, but Raiders owner Mark Davis said Friday he is still holding true to his initial commitment that it’s either all fans or no fans at Raiders games at Allegiant Stadium for the 2020 season.

Talk to local sports executives, and they agree that the coronavirus pandemic is unpredictable, which makes planning difficult.


Those who oversee teams that don’t play for several months, however, are optimistic that as time passes, so does the threat of the virus or at a minimum its severity diminishes.


“I think therapeutics and a vaccine are probably going to be available based on everything I’ve heard and read by the time we get ready to play next year,” Aviators president Don Logan said. “We’ve got to be able to get people back out not only to baseball games but to everything else.”


Even roughly six months out from first pitch, however, Logan conceded that certain health protocols, such as the wearing of masks and the availability of hand sanitizers, might remain in place.


The Golden Knights and their top affiliate, the Henderson Silver Knights, don’t have as long to plan. But their start dates are murky; their seasons could begin in December or be pushed into 2021.


“There’s very little certainty on dates for so many aspects of our lives, whether it’s NHL hockey, whether it’s family gatherings, weddings, live events,” Knights general manager Kelly McCrimmon said. “It’s impossible to predict. It’s unsettling, I think, for society. You need to continue to do your work, continue to prepare, and that’s what we’ll do.”


The Knights recently completed their season in a bubble setting in Edmonton, Alberta, one of two established for the postseason. The other was in Toronto.


NHL Players Association executive director Don Fehr made it clear in an interview with The Associated Press that next season will not be played in a bubble. That means, like the NFL and Major League Baseball, it will be a season played in home venues.


How many fans will be allowed to watch Knights games will depend on whether the virus case numbers continue to decrease.


The Knights play in one of the NHL’s most electric atmospheres at T-Mobile Arena. Next season will be the debut of the American Hockey League’s Silver Knights, who will play at Orleans Arena for a year while Lifeguard Arena in Henderson is constructed.


“The games once we got into the bubble were good, but it’s just not the same as being at home,” Knights president Kerry Bubolz said Tuesday on KSHP-AM (1400). “When we score a goal and that horn goes off, it’s amazing. I miss it a lot.”


Also uncertain what the future will bring is Las Vegas Motor Speedway, which proposed a plan remarkably similar to the one the governor announced to have fans for the South Point 400 on Sept. 27. That proposal was rejected, but Sisolak now has given hope to LVMS officials that the Pennzoil 400 on March 7 will go on before spectators.

Nevada isn’t the first state to allow limited crowds at sporting events. Others have allowed fans to watch NASCAR races and NFL games.


A handful of NASCAR races in front of limited crowds have not produced a measurable surge in the virus. That includes races in Daytona Beach, Florida; Bristol, Tennessee; Fort Worth, Texas; and Loudon, New Hampshire.


The results aren’t as clear in the NFL because there isn’t as much data as with NASCAR. But The Athletic reported last week that there is no apparent early surge of the coronavirus tied to NFL games. Thirteen teams have opened the doors to fans or announced they would take that step, and more are expected to follow suit as the season progresses.


“People travel from all over to go to sporting events, so you run the risk of introducing a mix of folks from multiple areas that may each have their own varying risks of infection,” said Dr. E. Oscar Alleyne, chief of programs and services for the National Association of County and City Health Officials. “So if the league is interested in trying to bring spectators back in, they really should be working hand in hand with their state and local authorities.”


The dropping case numbers in Nevada prompted Sisolak to pull back on restrictions, but what if there is a surge? Health experts have been concerned that the combination of flu season in the fall and winter and the coronavirus could lead to a spike in cases.


The virus also could take another noticeable dip because of health measures already taken or perhaps the development of a vaccine.


Alleyne said he couldn’t even advise that conditions will be improved enough by January for major crowds to return. “We’re not out of the woods,” he said.


“We were headed in a great direction in July,” Kirkpatrick said. “Our numbers were way low, and then all of the sudden we had this high spike right around Fourth of July. It kind of stopped us dead in our tracks, so it would be unfair to overpromise and then have to pull it back.


“We want to be able to change as needed.”