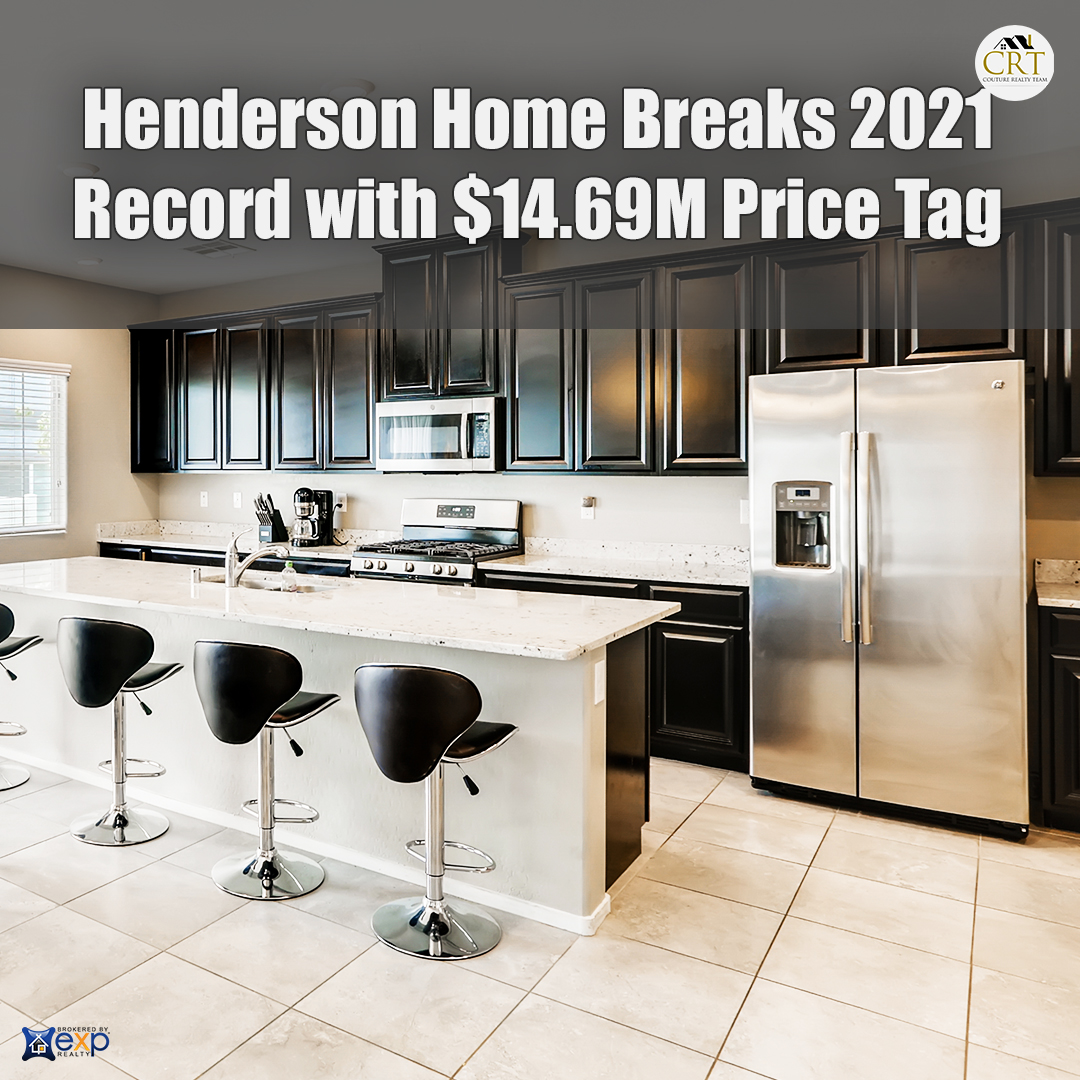 A Henderson estate dubbed the house of water and located in the exclusive hillside community of Ascaya closed Thursday for $14.69 million, making it the highest price paid for a single-family home in 2021 and third-highest price ever paid for a home in Las Vegas history.

The transaction comes as the Las Vegas Valley continues its record-setting luxury sales pace in 2021. Meanwhile, a newly built Blue Heron showhome in MacDonald Highlands listed for $28 million is under contract, according to a realtor who tracks the luxury market. The contract price on the Multiple Listing Service wasn’t disclosed, he said.

The Ascaya home that measures 12,100 square feet and sits on more than 2 acres belonged to 80-year-plus bachelor Stan Gribble who Real Estate Millions profiled in 2018 when he put his home on the market. It has a swimming pool that measures nearly 6,000 square feet, whereas luxury-home pools normally measure 2,000 to 3,000 square feet.

Called Villa Azul or Blue House by its builder, Sun West Custom Homes, the single-story home has been purchased by a Colorado entrepreneurial couple.

‘Such an amazing home’

The Gribble home in Ascaya is one story with five bedrooms, a full casita, eight bathrooms and a six-car garage. There’s a formal dining room and a kitchen with a separate prep kitchen. The home has a theater room, game room and study.

In addition to the oversized pool, the backyard has an outdoor kitchen, sport court, spa, cold plunge and putting green. It has views that overlook the Strip and valley.

“It feels great,” he said of the 2021 record sale of a home. “It’s such an amazing home, and they’re going to enjoy it. The sale in this price range had to be the right buyer at the right time, and this was the right time. Two years ago, we couldn’t get this price. It says the market can bear these higher-end homes at the prices they are worth.”

The Las Vegas luxury housing market remains on a roll with the latest sale and record-setting pace of sales of $1 million and above on the Multiple Listing Service. Through May, there were 687 sales of $1 million and higher of both high-rise condos and single-family homes. There were 825 such sales for 12 months of 2020 when last year set the all-time record.

“As some of the homes in the Summit (in Summerlin), The Ridges (in Summerlin), Ascaya and MacDonald Highlands (in Henderson) start to trade, some of these incredible builds are going to reshape where the luxury market has been,” he said.

“We’re going to start seeing homes sell for double compared to the $15 million to $17 million homes in the past,” he added. “There is more demand than properties and the properties in demand are one-of-a-kind, which means they will be the most expensive. Clients that I am getting are people looking for the ultimate home in Las Vegas and money is no object.”