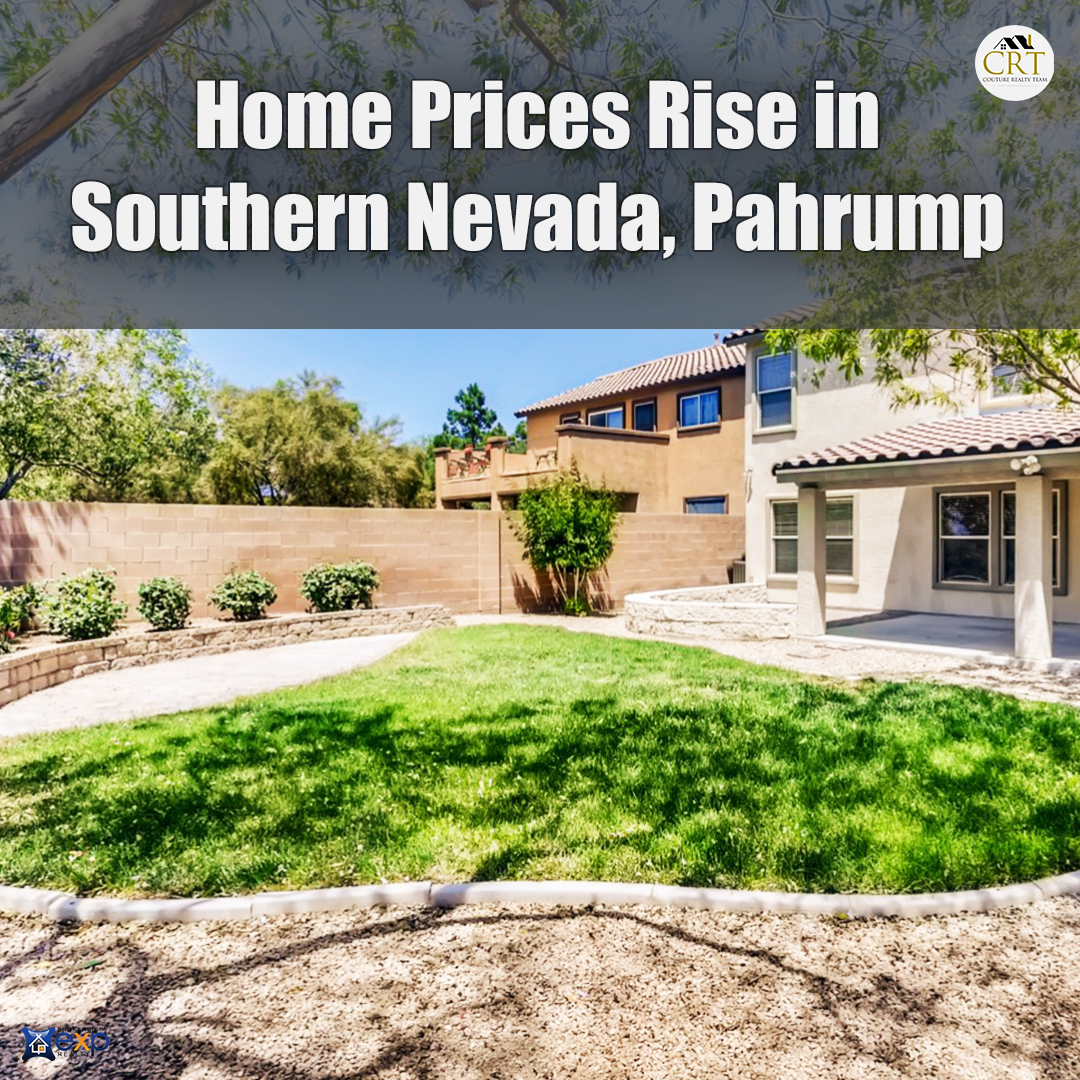 Prices for existing homes in Pahrump and across Southern Nevada reached record highs in April.

“These April statistics benefit from a comparison to the same month last year, when our housing market was hit hard by the beginning of this pandemic,” said 2021 LVR President Aldo Martinez. “It’s still striking to see how home prices here and nationwide continue to rise to record levels. April did signify the first month this year when single-family home sales did not exceed the previous month. We closed the month with 3,528 units sold compared to the annual high set in March of 3,726.”

The April median home price in Southern Nevada sets the overall record, which was set in March of this year.

Martinez, a longtime Realtor, noted a current shortage in the number of homes for sale in Southern Nevada. The shortage is presenting challenges for potential buyers and a “rare opportunity” for sellers, he said.

A six-month supply of homes is what’s considered a balanced market, but the pace of home sales last month as compared to the number of existing homes on the market for sale only equated to under a one-month supply.

At the end of April, LVR noted there were 1,827 single-family homes listed for sale without any sort of offer.

This number was down from last year; however, Martinez said, “it’s the second straight month where we ended up with more inventory without offers – 3.1% more.

“The same cannot be said for condos and townhomes. The 519 properties listed without offers in April represent a 13.1% decrease from the previous month and the fifth straight month this year where that inventory continues to decline. This just shows how consumers are adjusting their sights when it comes to affordable housing.”

A total of 4,552 existing homes, condos and townhomes sold during April, an increase of 79% for homes over the same time a year earlier, according to LVR. So far in 2021, local home sales are on track to exceed 2020’s totals.

Homes have been selling at a faster rate than in previous years. The number of existing local homes sold within 60 days in April was 89.2%, compared to 82.1% the same time a year earlier.

The housing market in Southern Nevada reached a post-recession bottom in 2012 and has since grown steadily on a year-over-year basis.

But that pace changed after the pandemic took hold. According to Martinez, the Southern Nevada housing market has been more in line with national trends for home sales and prices, which are “exceeding expectations.”

Martinez is attributing what he called “abnormal price growth” seen in recent months to a shortage of homes for sale, strong and steady demand and relatively low mortgage interest rates.

Martinez added, “The pandemic has contributed to the supply shortage due in part to homeowners being out of work, and therefore unable to upgrade their homes even if they wanted to unless they can pay cash.”

Additionally, Martinez notes, in combination to these issues, research from the National Association of Realtors shows that homeowners are staying in their homes longer and not moving at rates seen in previous years.

On another note, an offer does not mean a sale.

“Homebuyers should stay persistent, because our numbers show that over 20% of accepted offers get cold feet and those homes are then awarded to the second, third and even fourth buyer in line,” Martinez said. “Last month, our MLS reported 8,056 times when a property went from active to under contract, and 1,644 of those went back into active status again.”

The number of local properties purchased in cash in April was 27.9%, up 13% from a year earlier when the housing market was in distress from the onset of the pandemic. This number is well below the March 2013 peak when the percent of homes being sold in cash was 59.5%.

“Despite the pandemic, the number of so-called distressed sales remains near historically low levels,” LVR said in its April release.

Short sales and foreclosures combined accounted for 0.9% of existing property sales in Southern Nevada in April. A year earlier, that number sat at 1.5%. To compare further, two years ago this number sat at 3%; 2.5% three years ago; and 8.4% four years ago, according to LVR.

These percentages could rise as some homeowners, Martinez suggests, “may have difficulty coming out of forbearance programs – however nowhere near what we had seen in the last recession.”

He was also encouraged by a Consumer Financial Protection Bureau message released April 5 “promising that lenders will be working with homeowners.”