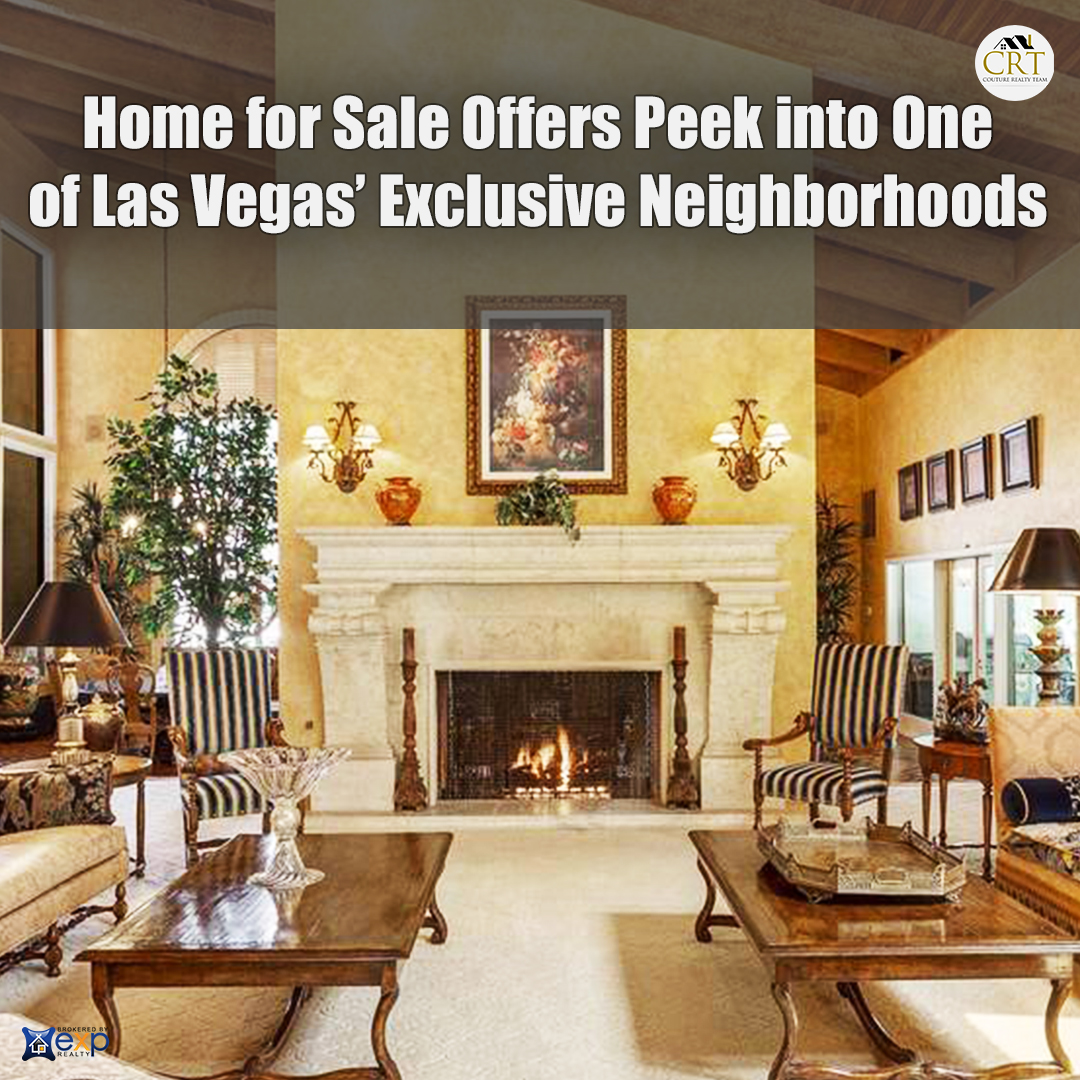 This home in Las Vegas’ historic Rancho Circle neighborhood has something that few homes of any price in Southern Nevada have: a basement.

But there also are plenty of other amenities and features to see at the $2.95 million offering at 950 Rancho Circle, including a peek into a neighborhood most never get to see.

Homes don’t change hands often in the small — just 36 homes — Rancho Circle development, a gated community off of Rancho Drive just north of Alta Drive that for decades has been where celebrities, casino executives, doctors, attorneys and Las Vegas’ movers and shakers have lived.

The 10,836-square-foot home at 950 Rancho Circle has five bedrooms, five full bathrooms and two half baths, and a guesthouse above the garage. Mature landscaping can be seen throughout the grounds, which encompass just over an acre.

Inside are 28-foot ceilings, a bar, granite counters and, of course, that furnished basement, accessible by an elevator.

There are also a resort-style pool/spa and waterfall and two attached garages that together accommodate eight cars.

Rancho Circle, established during the 1950s, “was once truly an elite neighborhood, and it still has a significant number of elite and important Las Vegans and, interestingly, longtime Las Vegans,” said Michael Green, an associate professor of history at UNLV.

Movie star Brigitte Bardot was married in Rancho Circle, and the neighborhood was featured at least once in the ’70s TV series “Vega$.”

The lure of Rancho Circle was, first, space, with relatively large properties — minimum lot sizes are just shy of an acre and go up to just about 3 acres — that could accommodate large custom homes, Green said.

Then, “it wasn’t totally off the beaten path, but it wasn’t right in the heart of town. You could feel truly suburban and removed,” Green said.

“And, then, it kind of built on itself. Once some of the prominent people who moved there were there, others felt the inclination to follow.”

The home at 950 Rancho Circle was built in 1979 by the Herbst family, Saunders said. Its original amenities included a racquetball court that owner Sharon Greenbaum, who has lived there since 2001, converted to a two-story basement office area.

“I love this house,” Greenbaum said, but it’s become “too big for us.”

Greenbaum lives there with her husband, Richie Clyne, developer of Las Vegas Motor Speedway, She and Clyne — who previously lived in the house across the street — married in 2007.

What Greenbaum expects to miss most about the house is its swimming pool area. “It’s like a resort in my backyard,” she said.

Then there are those two lemon trees in the yard. “They must be over 60 years old and produce over 500 lemons a year,” she said.

Greenbaum jokes that her neighbors, “don’t want me to move because because they’re afraid of losing their lemon connection.”

“Phyllis McGuire would come to homeowner’s association (meetings). She was a doll, the sweetest, nicest gal,” Greenbaum said.

Newer resident Billy Gibbons of ZZ Top “lives behind us, and he’s a car guy. Richie was taking his Duesenberg out, and Billy Gibbons jumped into the street to flag him down,” Greenbaum said.

“They introduced themselves. He said, ‘Can I take a picture in your car?’ Richie said, ‘Why don’t you get in the car and drive it and I’ll take your picture in the car?’ He said, ‘I don’t want to bother you,’ but Richie is pretty insistent.”

“We didn’t have any prima donnas here,” Greenbaum said.