Home prices skyrocketing in Las Vegas, across US

Home prices skyrocketing in Las Vegas, across US 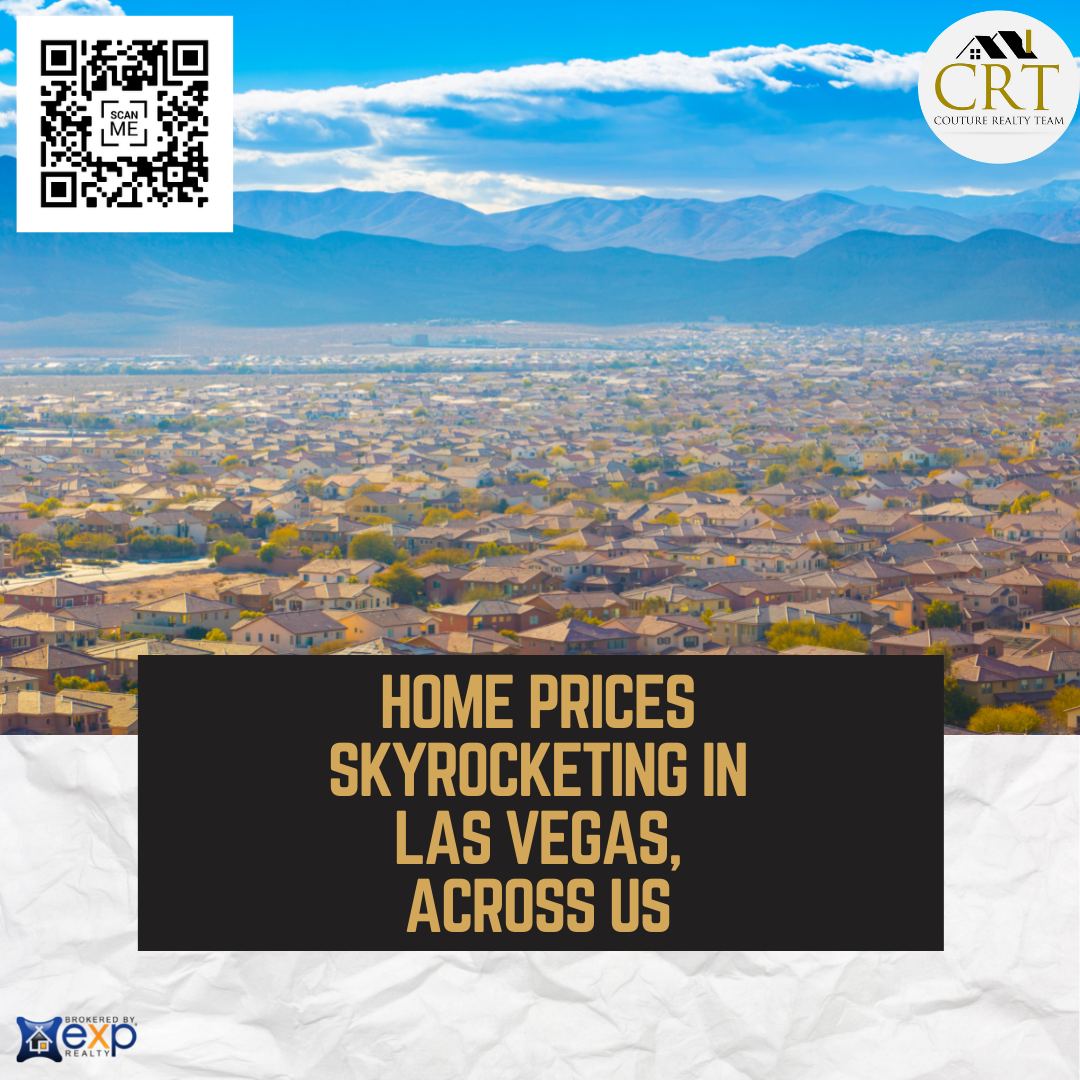 A new report shows that as the United States sees "extraordinary" growth in home values, home buyers are facing higher and higher prices in Las Vegas and across the country.

Southern Nevada home prices jumped 19.8 percent year-over-year in June, outpacing the national rate of 18.6 percent, according to the S&P CoreLogic Case-Shiller index released Tuesday by S&P Dow Jones Indices.
All 20 metro areas in the report showed double-digit price gains in June, with Phoenix leading the pack at a staggering 29.3 percent annual gain, and Chicago at the bottom with a still-fast 13.3 percent increase.
Home prices in nearly every market tracked for the report are at all-time highs, and price growth nationally has now set a record speed for three consecutive months, according to Craig Lazzara, global head of index investment strategy at S&P Dow Jones.
“The last several months have been extraordinary not only in the level of price gains but in the consistency of gains across the country,” Lazzara said in a news release.
Despite big job losses sparked by the pandemic, Southern Nevada’s housing market has accelerated over the past year with rapid sales and record-high prices, thanks largely to rock-bottom mortgage rates that have let buyers in Las Vegas and across the country stretch their budgets.
Locally, people have flooded homes with offers and routinely paid over the asking price, and builders have put buyers on waiting lists, regularly raised prices, taken bids for lots, and in some cases even drawn names to determine who gets to buy a place.
It has become increasingly difficult to purchase a home in the Las Vegas area, increasingly expensive, and, some fear, increasingly unaffordable.
Title-insurance firm First American Financial Corp. reported Monday that affordability in Las Vegas dropped 22.3 percent year-over-year in June, the third-steepest decline in the nation.
Moreover, Southern Nevada homes are selling for nearly 42 percent above their long-term pricing trends, making it the ninth-most overvalued market in the nation, according to a recent report from professors at Florida Atlantic University and Florida International University.
Simply Vegas agent Cassidy Cotten has told the Review-Journal that Las Vegas’ market has become unaffordable for some.
Competition is so fierce that if homebuyers can’t sweeten their bid with a cash-heavy offer, he said, they end up on a “merry-go-round” of seeing homes and trying to buy them.
Nationally, the housing market “feels like it has legs that never get tired,” but inventory and affordability constraints are “expected to put a damper on price growth,” Selma Hepp, deputy chief economist at housing tracker CoreLogic, said in a statement Tuesday.
Less competition and more homes for sale suggest the U.S. “may be seeing the peak of home price acceleration,” though price increases could still be in the double digits through the end of the year, she said.