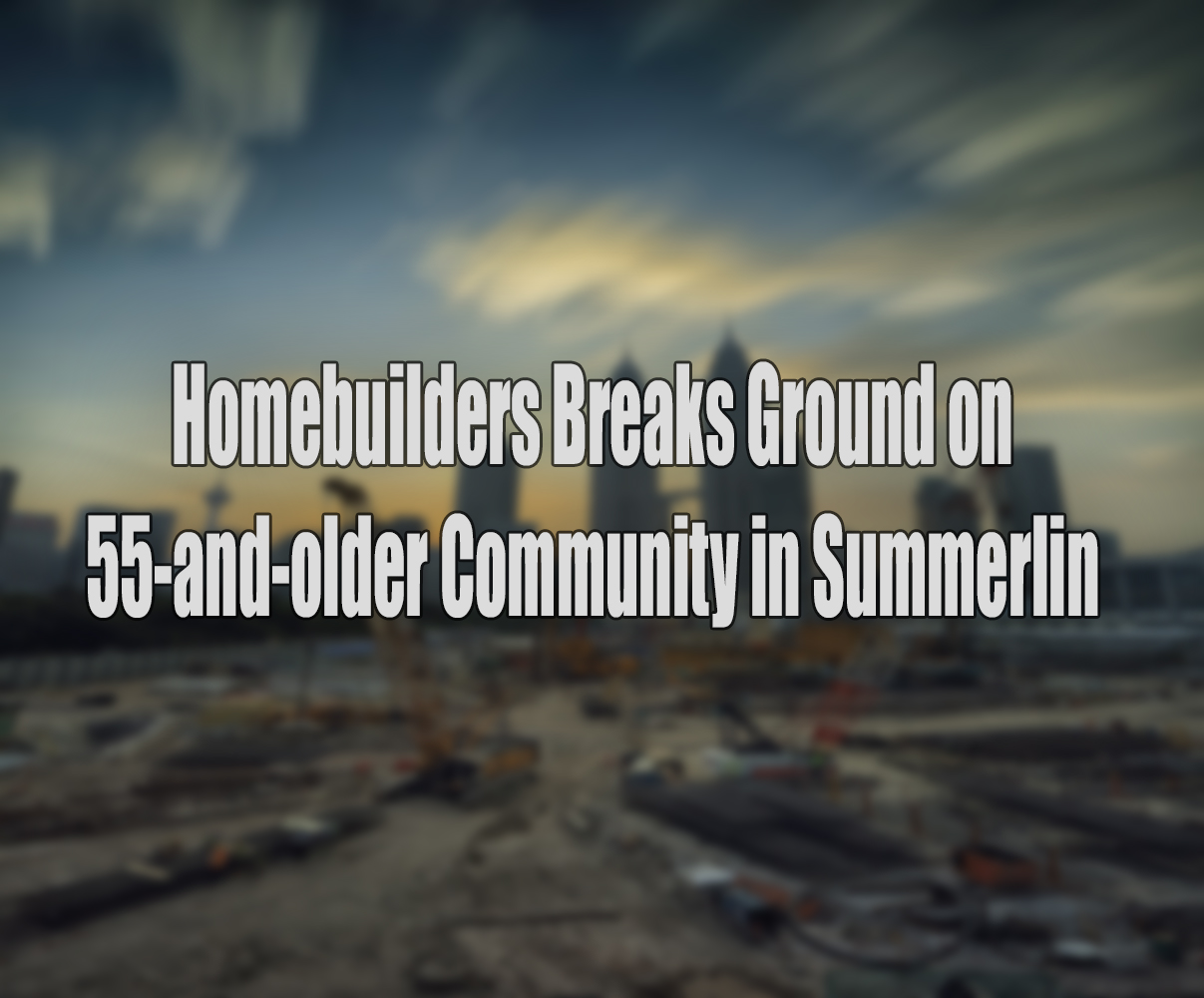 One of the biggest homebuilders in the nation is developing a 55-and-over community in Las Vegas that calls for more than 400 houses.


Prices are expected to start in the $400,000 range at the guard-gated community. Its amenities are slated to include pools and pickleball and bocce ball courts, with a recreation center built on a plateau offering views of the valley, she said.


Las Vegas’ tourism-dependent economy has been devastated by the coronavirus pandemic, and the housing market initially was hit hard by the chaos. However, home construction never stopped in the valley, and sales have been accelerating lately thanks in large part to record-low mortgage rates that have let buyers lock in lower monthly payments.


Lennar purchased the 103.8-acre Heritage site from Summerlin developer Howard Hughes Corp. in December for $63 million, property records show. It broke ground in January and did not consider tabling the project after the pandemic shut down much of the economy virtually overnight in March, Broddle said.


The developer changed the way it sold homes, including by offering self-guided tours, she said.


“We feel very confident in the Las Vegas housing market,” she said.


Lennar has built so-called “active adult” communities around the country under the Heritage brand, but the one in Summerlin marks its second in the valley, according to Broddle.


The first, in Henderson’s Cadence community, spans 218 acres and features more than 1,000 home sites, she said.