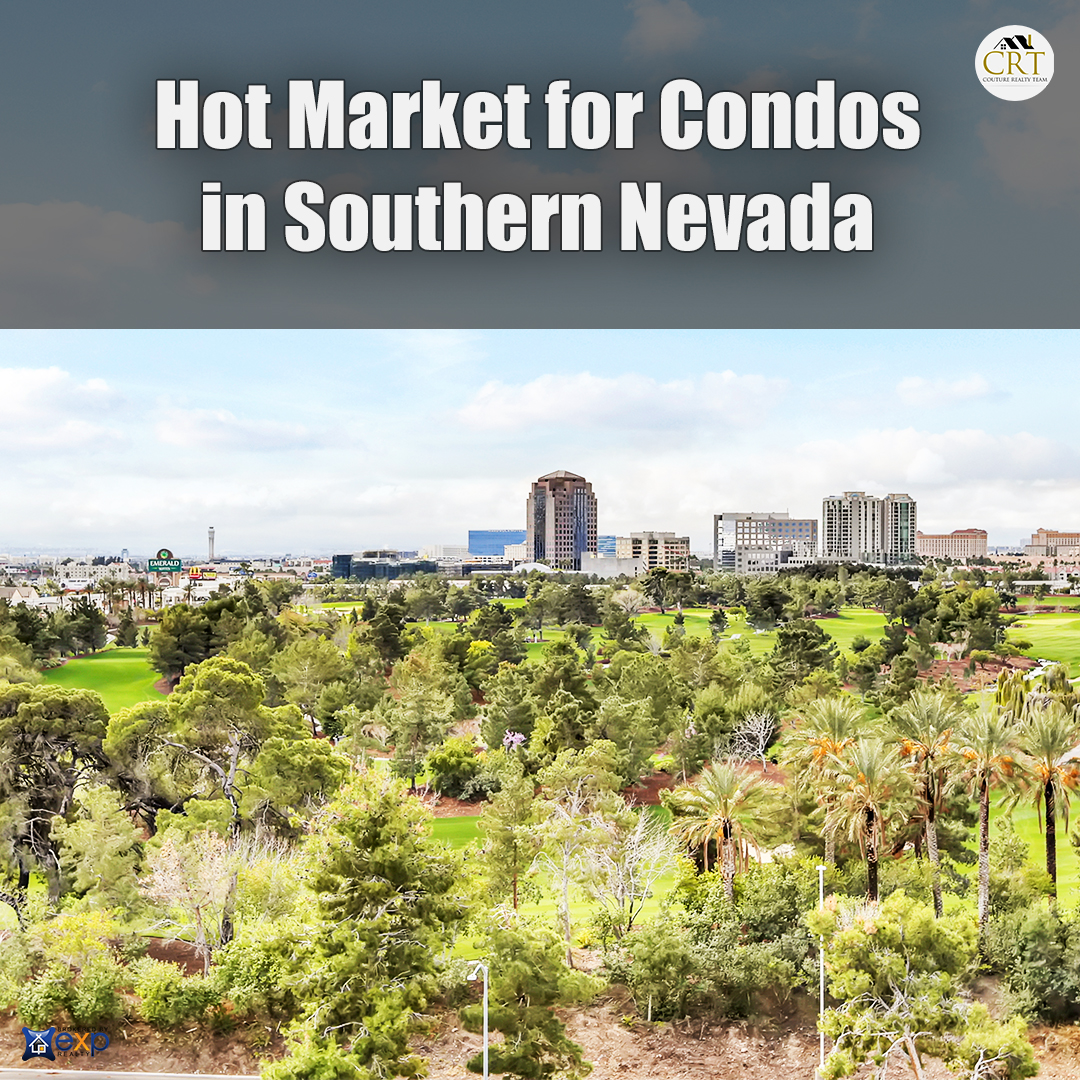 The condo near Sunset Park looks like a run-of-the-mill unit in Las Vegas, offering two bedrooms, two bathrooms, a fireplace and a balcony.

The one-level unit went under contract with a buyer less than a week after it went on the market — and sold for $20,000 over the asking price, its listing history shows.

Southern Nevada’s housing market is dominated by single-family homes, by far the most popular choice for buyers. But there are also plenty of condos and townhouses, which tend to be less expensive and have also sold rapidly and commanded higher prices amid Las Vegas’ months long homebuying frenzy.

Real estate pros say first-time buyers and others are drawn to attached homes in large part because of the lower prices, especially if those buyers are priced out of the single-family market, which has been flooded with house hunters and is seeing record-high prices practically every month.

On the resale side, the median sales price of single-family homes was $385,000 last month, up 22.2 percent from a year earlier, compared with $205,000 for condos and townhomes, up 10.8 percent, according to trade association Las Vegas Realtors, or LVR.

Condos also draw investors and second-home buyers, including in luxury towers on or near the Strip, where units can sell for a fortune.

‘Buying anything and everything’

Condos and townhouses make up a minority of home sales in Southern Nevada. With a freestanding house, people get a backyard, possibly with room for a pool; don’t share walls with their neighbors; and probably would have a larger set of prospective buyers if they decide to sell.

Still, as cheap borrowing costs let buyers lock in lower monthly payments and stretch their budgets, fueling a buying binge in Las Vegas and across the country, demand for single-family houses has gone into overdrive in Southern Nevada.

Buyers picked up 911 previously owned condos and townhomes last month, down 11 percent from April but up nearly 145 percent from May of last year, after the coronavirus pandemic sparked sweeping business closures and sharp drops in home sales amid the turmoil, according to LVR data.

He said that it’s now common for attached homes to sell over the asking price and that sellers are fielding multiple offers soon after their property goes up for sale, just like in the market for single-family houses.

Plus, with Southern Nevada rental prices rising at one of the fastest rates in the nation, and mortgage rates at historically low levels, tenants can buy a condo or townhome at a lower monthly payment than their rental rate, he said.

As sales have climbed, available inventory has dropped sharply, too. Just 529 condos and townhomes were listed without offers at the end of last month, up 1.9 percent from April but down 70.1 percent from last May, LVR reported.

“People are buying anything and everything right now,” he said.

‘Not having a hard time with anything’

An agent, who recently sold a condo off Lake Mead Boulevard near Buffalo Drive, said he received three offers for the unit within days of listing it.

“I really thought I was going to get more,” he said, noting he received five to six offers on another condo in a three-day period this year.

An agent said he showed a townhome recently, and, as he was walking out, another agent came through the door. She told him her offer for the place had been accepted — at $37,000 over the asking price.

Agent said, he always has felt houses are better investments than attached homes, unless a buyer can get a good deal on a condo.

“But no one’s getting a really good price right now,” he added.

In the homebuilding market, buyers closed 686 purchases of condos and townhomes this year through April, up 31 percent from the same stretch last year, according to figures from Las Vegas housing tracker Andrew Smith, president of Home Builders Research.

The median sales price for newly built attached homes, more than $309,800 in April, was up 11.5 percent from a year earlier and marked “the first time in recent memory” that it surpassed $300,000, Smith reported.

Smith noted the valley’s homebuilding market is dominated by single-family houses, but amid the surge of demand for residential real estate across Southern Nevada, there is no sign that builders are selling condos and townhomes at a slow pace.

“They’re not having a hard time with anything,” Smith said.

‘An incredible project for us’

A developer of condo and townhouse complex in Summerlin, has been selling units there within a few days of releasing them, on pace with its single-family housing tracts, according to Rob.

He noted Affinity is a higher-end project with prices starting in the high $400,000-range and said it draws second-home buyers, newcomers to Las Vegas and move-up buyers.