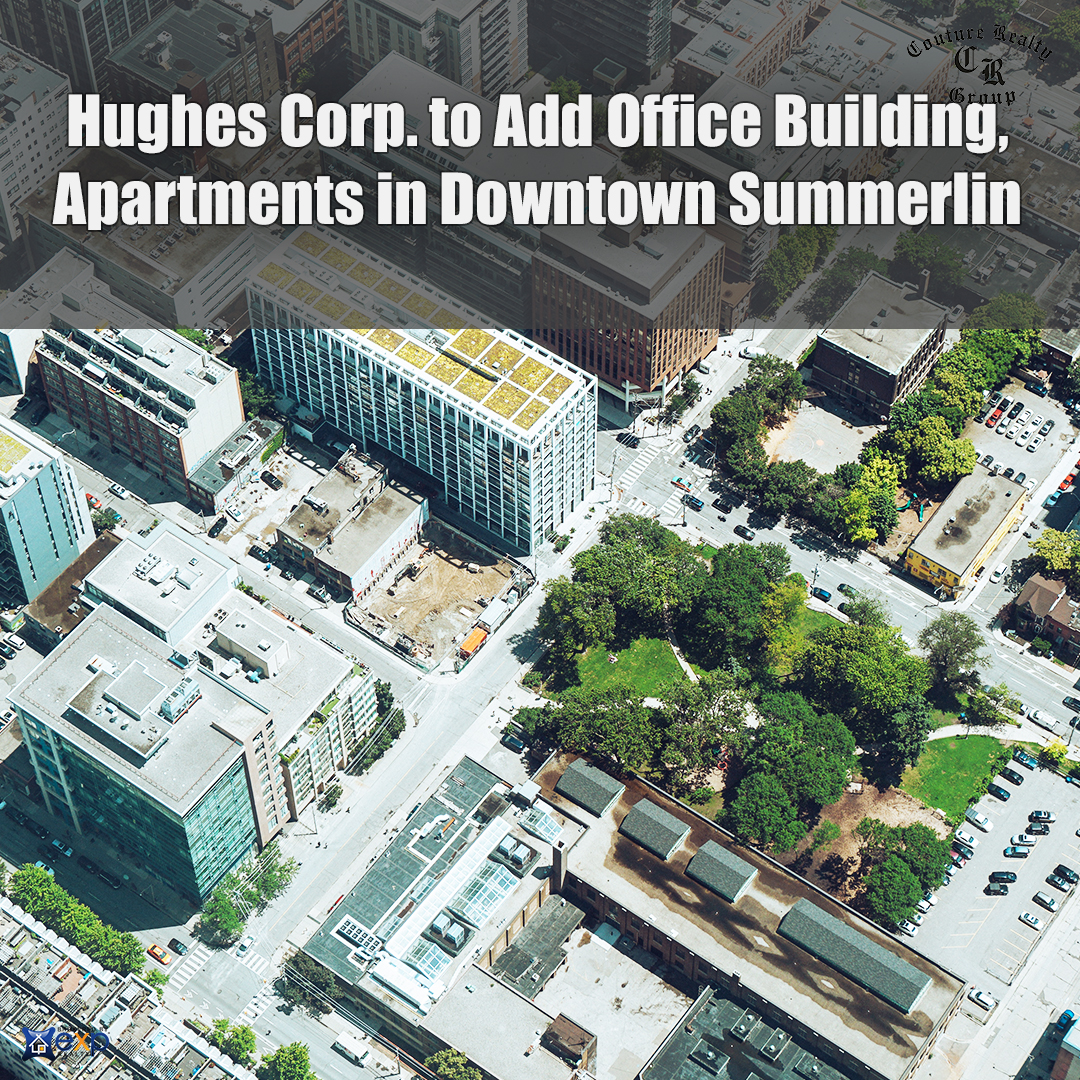 Developer Howard Hughes Corp. is set to expand its offerings in the Downtown Summerlin area with another office building and more apartments.

Hughes Corp., developer of the 22,500-acre Summerlin master-planned community, has drawn up plans for a 10-story office building immediately south of Las Vegas Ballpark and a luxury 295-unit apartment complex that it says is the next phase of its existing Tanager rental property.

It expects to start construction on the projects in the second quarter.

The Texas-based company has spent hundreds of millions of dollars building out Summerlin’s commercial core off Sahara Avenue and the 215 Beltway and still owns plenty of land there for future projects. Still, this next wave of development comes at an uncertain time for Las Vegas and its commercial real estate market.

The still-raging coronavirus pandemic has kept people home and away from crowds for fear of getting infected, devastating Las Vegas’ tourism industry, the region’s main financial engine. The office market also faces questions as many people still work from home, exiled from their workplaces over fears of the virus, and the apartment market was hit with turbulence as the pandemic put masses of people out of work.

Las Vegas’ for-sale housing market, on the other hand, has heated up with record prices and rising sales during the pandemic, thanks in large part to cheap borrowing costs, a boon to Summerlin and other residential communities.

Orrock indicated that rent collections at Hughes Corp.’s 267-unit Tanager apartment complex have been high, noting its tenant base is not dominated by tourism-industry workers. He also said the project is almost fully leased.

Its new phase, Tanager Echo, is planned as a five- to six-story building wrapped around a 455-space parking garage, according to the company. It is slated to feature touchless access to the building, co-working space, a private dining room, a sportsbook-style TV wall, and cabanas in the pool area.

Meanwhile, Orrock said Hughes Corp.’s two office buildings in the Downtown Summerlin area are 95 percent leased or better. Probably half of the tenants are working from home, he said, though after coronavirus vaccines are widely deployed, he believes workers will want to come back to the office.

“People are social animals,” he said.

The new office building, called 1700 Pavilion, will feature touchless entry points and improved air filtration, and it will be constructed on a parcel where Hughes Corp. previously drew up plans for a 14-story hotel, Orrock confirmed.

He said it “doesn’t make any sense” to build a hotel right now amid the industry’s struggles, though he wouldn’t rule out developing a hospitality project in Summerlin.

“Vegas is going to come back,” Orrock said. “It always has.”

Hughes Corp. sells land to homebuilders in Summerlin, which boasts more than 100,000 residents and commands some of the highest home and land prices in Southern Nevada. As seen in securities filings, the company has also built more than $640 million worth of projects in the heart of Las Vegas’ largest master-planned community.

Its holdings include the 106-acre Downtown Summerlin outdoor mall, the 10,000-fan capacity ballpark and the minor-league team that calls the stadium home, the Las Vegas Aviators.