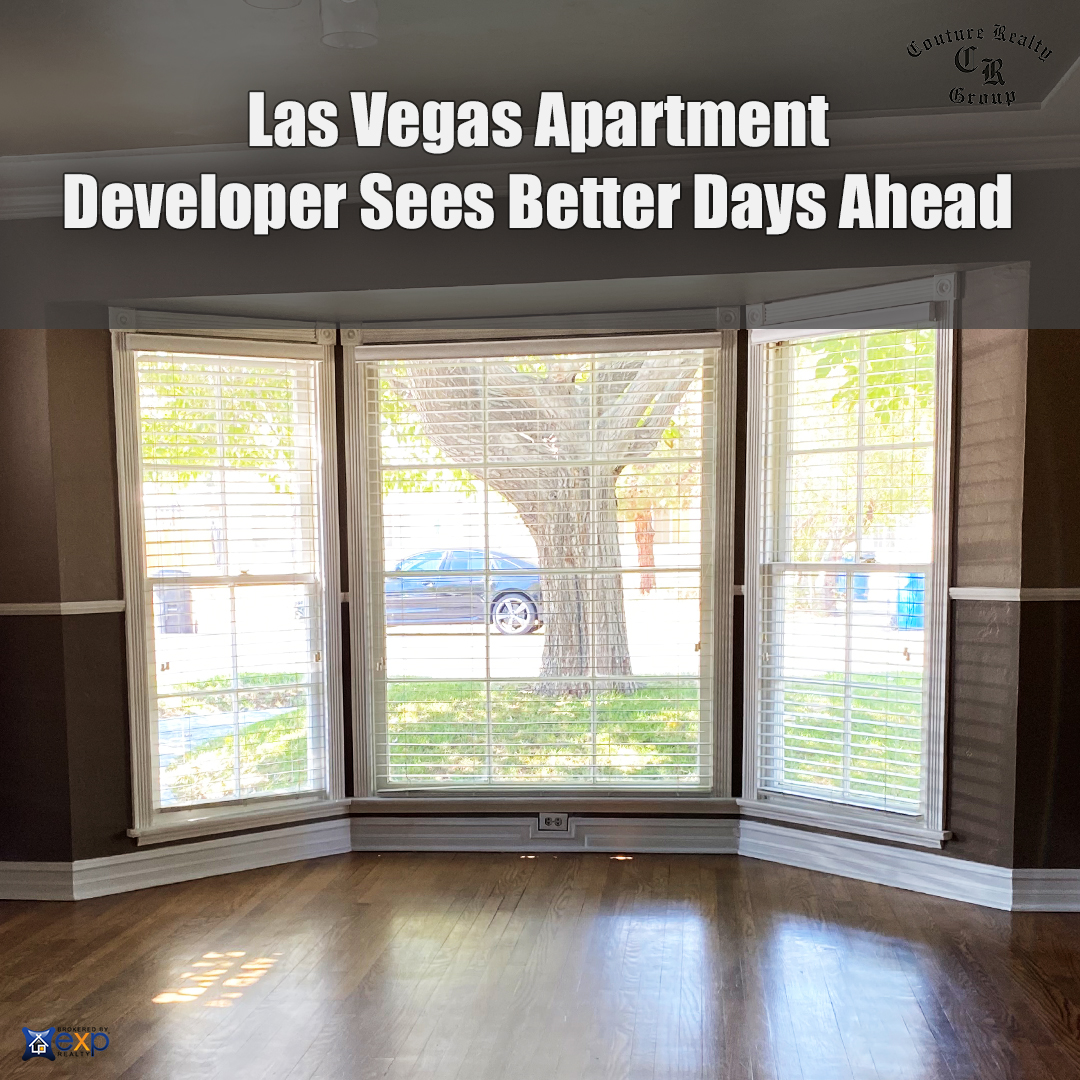 Over the past several years, Las Vegas’ apartment market heated up with increased construction, rising rents and lucrative landlord purchases. Then the coronavirus pandemic turned life upside down.

The Calida Group co-founder Eric Cohen, whose firm is one of Las Vegas’ biggest apartment developers, met with the Review-Journal recently at his new complex Elysian at Hughes Center, a 368-unit luxury project inside the Hughes Center office park a mile east of the Strip, and talked about his developments and the rental market.

Cohen hopes Calida’s business is back to pre-COVID numbers in 2022.

“I think it’s just going to be a grind this year,” he said.

He spoke with the Review-Journal on Jan. 14, less than a week before Calida’s under-construction Ely at Fort Apache complex in the southwest valley was destroyed in a massive fire. The federal Bureau of Alcohol, Tobacco, Firearms and Explosives said Wednesday that it was a case of arson and that the agency is offering a reward of up to $10,000 for information leading to the arrest and conviction of whoever started the blaze.

Cohen on Thursday declined to comment on the fire beyond a previously issued statement, in which Calida Chief Operating Officer Jared Weinstock said the firm has no information on who started it but “will continue to work closely with investigators as needed.”

Weinstock also thanked first responders who “not only contained the fire but also ensured that no one was injured.”

Cohen’s interview was edited for length and clarity.

When COVID hit, what were some of the immediate impacts you saw on your business and the apartment market?

Initially when COVID hit, it affected me emotionally the worst. It scared me for sure, and I thought we were going to have significantly more delinquencies and nonpayments than we did. We started working with people to pay over time. If people are willing to work with us, we want to work with you. But there’s a lot of people who didn’t even want to call us back.

Did you have a lot of tenants who worked in the tourism industry and got laid off or furloughed?

Starting in April we peaked at 15 percent nonpayment of rent, across the portfolio, but that has worked its way down.

Before COVID, what would be a typical month for you for nonpayments?

It’d almost be 0 percent, maybe half a percent. Our occupancies also went down because people skipped out on their leases.

What other impacts did you see?

I have seven apartment projects under construction in Vegas; a couple of my capital partners were obviously nervous about the pandemic and how it would affect Las Vegas. We put a couple projects on hold, mid-construction, to see how everything played out. We actually thought construction pricing would come down — all these people are out of work, we could pick up less expensive labor — but a lot of costs got more expensive. Lumber shot through the roof. Those two projects we put on hold are now under construction again, just so we could lock in lumber pricing.

It definitely seemed like there were fewer purchases of apartment complexes last year, too.

I think there was a big disconnect between sellers and buyers, where buyers thought they were going to get a deal and sellers weren’t hurt as badly as buyers thought. Lots of buyers, including us, were throwing out offers on certain deals, but no deals really got done. I think there’ll be more transactions in 2021. We’re back in the market buying land for new apartment deals. Our capital partners are back now that there’s a vaccine.

How important is the tourism industry’s recovery for the apartment market in Las Vegas? Is there any way you can insulate yourself, or are they inseparable?

Have you noticed more competition than usual from the for-sale housing market because of the record-low interest rates and the homebuying binge Las Vegas has seen over the past several months?

There is definitely a percentage of our portfolio that moved out because they saw the opportunity to buy because interest rates are so low. That was a part of our occupancies going down.

Are you and other landlords giving tenants more concessions than you did before the pandemic?

We used to give no concessions – no free rent, nothing. Right now, in our new lease-ups, we’re giving one month of free rent, and for some longer leases we might potentially give two months’ free rent. We didn’t need to do that pre-pandemic.

There’s been a lot of talk and concern that Las Vegas could face a wave of evictions. Do you think that’s possible?

It’s hard to say; it’s possible. There was a brief period where the eviction moratorium was lifted, and we had about 50 evictions being processed across our portfolio, but then the governor put it back into effect. We want to help the people who are willing to work with us, but there are lots of people who are just radio silent on us, and those are the people who will get evicted.

Susy Vasquez, head of the Nevada State Apartment Association, has said there’s a percentage of renters who are able to pay but haven’t amid the eviction moratorium. Have you had any tenants like that?

When the moratorium was lifted, there were a few people who came in with the full amount of money they owed for the previous six months. They said, here’s a check for $15,000 or $20,000.

But there are a lot of people who can’t pay.

There’s a lot of people who legitimately can’t pay.

Search the full MLS and Exclusive Property Listings.
(Prices and inventory current as of May 21, 2022)