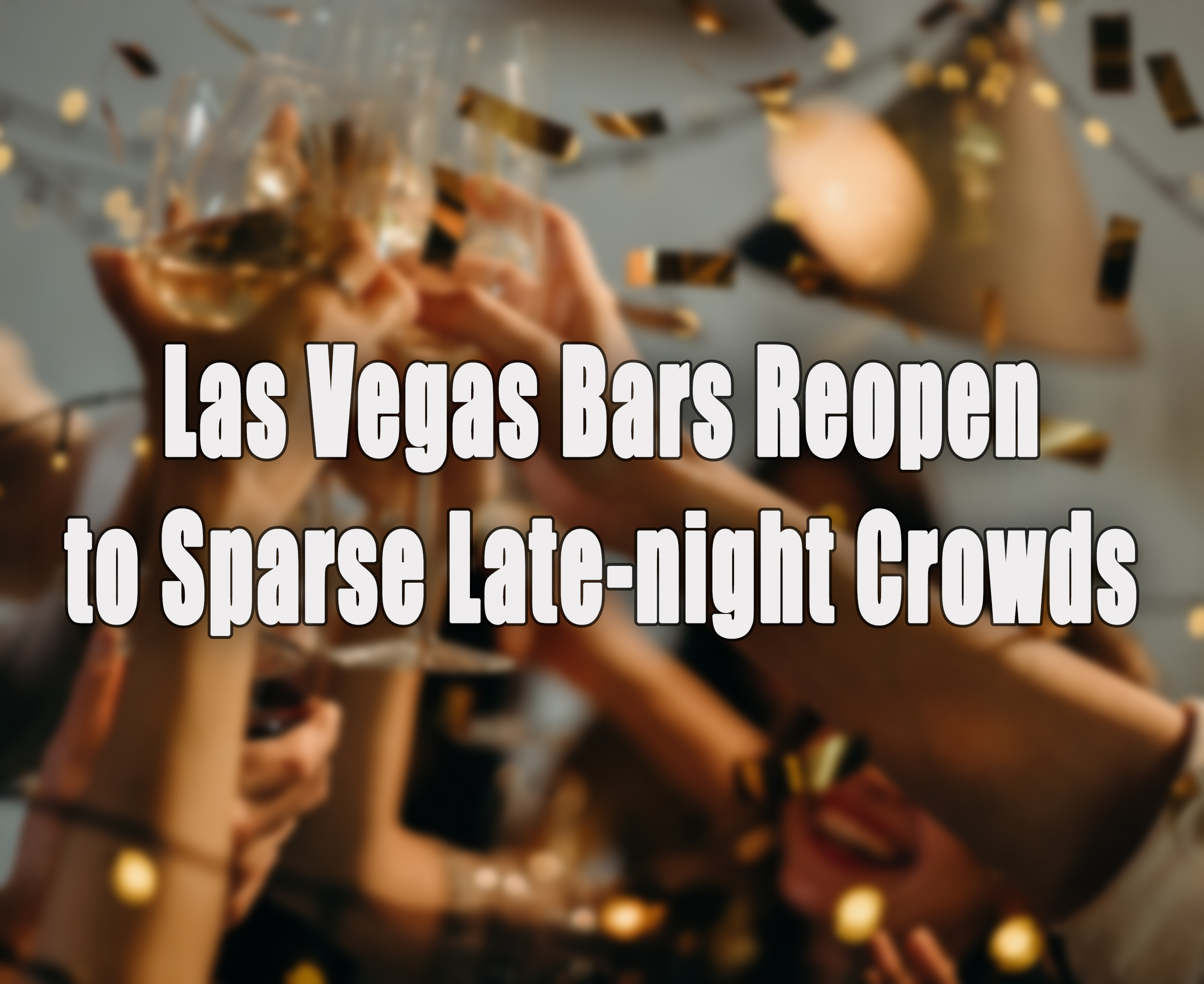 It was a moment that local bar owners, bartenders and bar patrons have been eagerly awaiting for months. Sunday night, at one minute before midnight, customers were once again permitted to sit at a bar in their favorite tavern, restaurant or casino and order a drink.


During the first few hours of legal bar-top service, however, business was modest at many bars throughout the valley.


There were only about 10 customers in Lucky Day on Fremont Street, as Mike Silva made his way to the bar at midnight. A minute or two later, he and his friend Pete Cangelosi became the first customers to be served from that bar since the tequila bar opened for business in June.


“It feels natural,” Silva said as he sipped his drink. “It feels normal.”


Lucky Day’s bar manager Chance Bennett said the change will make a big difference in how his team is able to interact with the public.


“It’s just a huge difference, to be honest,” Bennett said. “Just the rapport (with) the customers is different.”


Nonetheless, social distancing rules resulted in most of the customers who came into Lucky Day, even after midnight, being seated at tables away from the bar.


‘Feels good to sit at the bar’

At The Golden Tiki in Chinatown, the 11:59 p.m. rule change came just two hours before the bar was scheduled to close for the evening. So by 1:15 a.m., only about 20 customers remained in the building. Only two of them, Patrick Snow and Trish Tran, were seated at the newly opened bar.


His sentiments were echoed by Kirsten Kilburn, one of just four people seated at the bar at the gaming tavern Jackson’s Bar and Grill on West Flamingo Road at 1:30 a.m.


“I miss the camaraderie, and just the ease of communicating with my fellow Las Vegans,” Kilburn said of the past several months without bar service. “I still have plexiglass in front of me, and we’re all still wearing masks, so it’s still really weird. But it’s nice to see that bars are being given the same treatment as restaurants.”


While casino bars were a bit more crowded than independent operators early Monday, even they were far from packed. Downtown, the D Las Vegas’ popular Longbar was serving about 25 to 30 people at 12:35 a.m. At least half of them were clustered at one end, however, while the rest of the bar sat mostly empty.


Things weren’t much busier on the Strip. At 2 a.m., only 10 people sat at a 28-seat bar on the Flamingo’s casino floor, while none of the bars in the nearby Linq Promenade were open for business.


Timing, of course, is everything. And nobody seemed surprised there weren’t huge crowds lined up to patronize bars on a Sunday night.


“If they would have done this on a Friday night, then we would have probably seen a bigger turnout,” said Golden Tiki manager Deaqua Morgan, who added that she has been getting phone calls from people excited about the change.


“I think it’s going to still be a gradual thing, where they trickle in.”