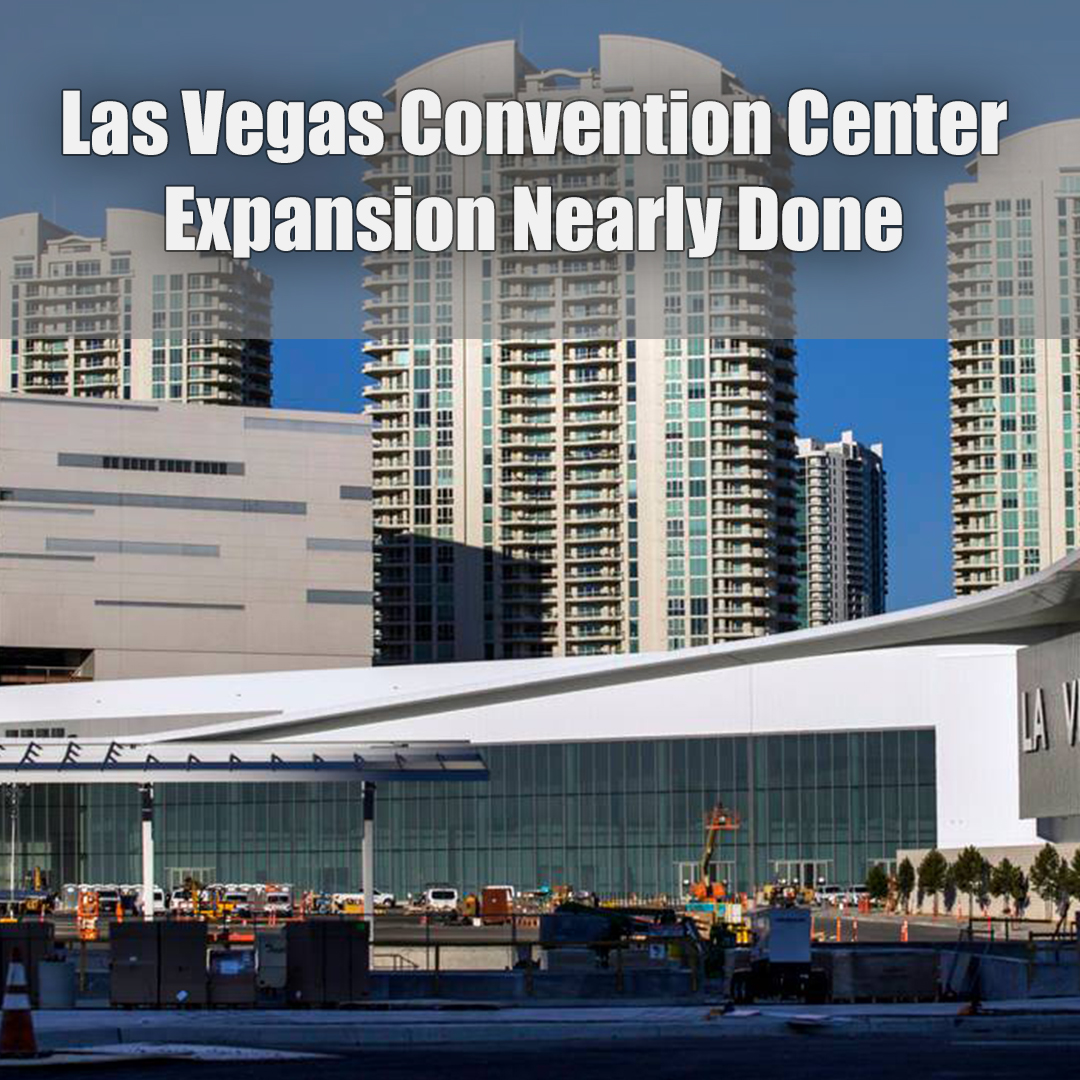 Chief Operating Officer Brian Yost told the Las Vegas Convention and Visitors Authority board of directors Tuesday that finishing touches are being applied to the new, $980.3 million building, including a solar-energy system.

Yost said polished concrete flooring is being applied around the building, along with carpet and directional signage. On the exterior, sidewalks, bollards and landscaping are being installed. Yost said that just short of 4 million person-hours of work have been put into the project since it began.

A mid-December completion is anticipated. The LVCVA had planned to have the building ready for CES, which will be staged online instead of in person in Las Vegas in January.

LVCVA President and CEO Steve Hill said he anticipates some pricing adjustments to occur on the project, but they’re well within projected and budgeted cost overruns.

The Boring Co.’s Convention Center Loop also is in finishing stages with ramps for the entrance and exit of vehicles underway at Station 1 and Station 3. An escalator has been installed at Station 2 and is being tested. Boring also is testing lighting, the heating, ventilation and air conditioning systems, emergency fans, fire alarms and communications systems.

At Station 3, workers are gearing to install a solar power generation system, approved in a unanimous vote by the board Tuesday.

The board reconsidered a March vote to authorize the $12.4 million, roof-mounted, 8.5 megawatt-hour system. Hill said the system would provide most of the new building’s power needs.