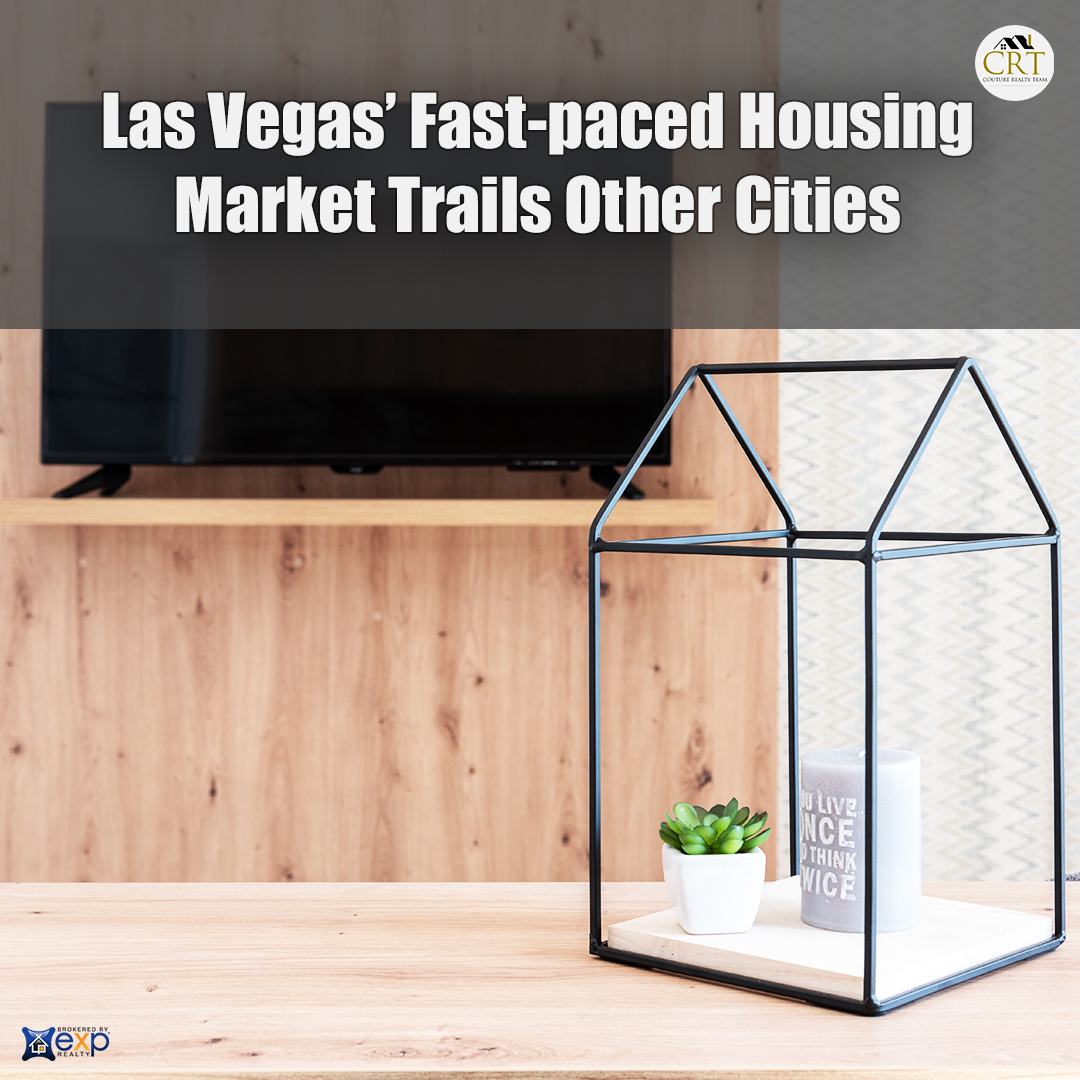 In the Indianapolis suburbs, a house-hunting couple left some postcards on people’s doorsteps saying they loved the place — and asking the owners to call if they were interested in selling.

In the Twin Cities, a couple looking to buy their first home made eight offers — averaging around $30,000 above the asking price — and they still didn’t land a place.

And in the Dallas area, a real estate firm has offered sellers prepaid cruises to help get its offers accepted.

Fueled by cheap money, housing markets across the country have accelerated with rapid sales and rising prices. Las Vegas’ market is moving at its most frenzied pace in years, but compared with other cities, it actually seems tame.

As seen in recent reports comparing metro areas, Southern Nevada’s rising prices (up 10.6 percent year over year in March) are climbing at one of the slowest rates in the country. The share of homes in Las Vegas that found buyers within a week of getting listed (about 51 percent in April) is in the middle of the pack, and the share of homes that sold over the asking price (15 percent in February) is one of the smallest in the nation.

For now, it’s not entirely clear why Southern Nevada’s housing rocket is trailing others. But buyers are locking in rock-bottom mortgage rates across the country, letting them stretch their budgets, and the fact that other cities are more supercharged than Las Vegas shows just how frenzied housing has become.

In Southern Nevada, people are showering houses with offers, often within days of them being listed. Median resale prices are reaching new all-time highs practically every month, available inventory has dwindled, and out-of-state buyers, especially Californians, seem to be snapping up more homes than usual in less-expensive Las Vegas as people work from home without the need for a commute.

Homebuilders, meanwhile, have regularly raised prices and put buyers on waiting lists amid the surge of demand.

Nonetheless, home prices are rising at a “pretty fast pace” across the U.S., and overall, Las Vegas’ trends “are not unique,” Danielle Hale, chief economist with listing site Realtor.com, told me.

Las Vegas is still a top spot for inbound migration, but people have packed up and moved to other cities during the pandemic, too, such as Austin, Texas; Denver; and Boise, Idaho, according to Redfin’s Marr.

Plus, scanning news reports from around the country easily turns up stories of red-hot housing markets, as seen with the reports about Indiana, Minnesota and Texas.

Of course, the housing market has gone bonkers before. In the mid-2000s, thanks to gushers of easy money, property values skyrocketed in Las Vegas, people easily flipped homes, and builders packed the valley with far more housing tracts than today.

After the bubble burst, Southern Nevada was ground zero for America’s real estate crash, marked by plunging prices, abandoned construction sites, and tidal waves of foreclosures – a mess that took years to recover from.

Today, could Las Vegas’ not-as-crazy market — at least compared with other cities — leave it in a better spot when housing eventually slows?

It’s possible. As the cliche goes, what goes up must come down — and the fall can hurt less if you’re closer to the ground.