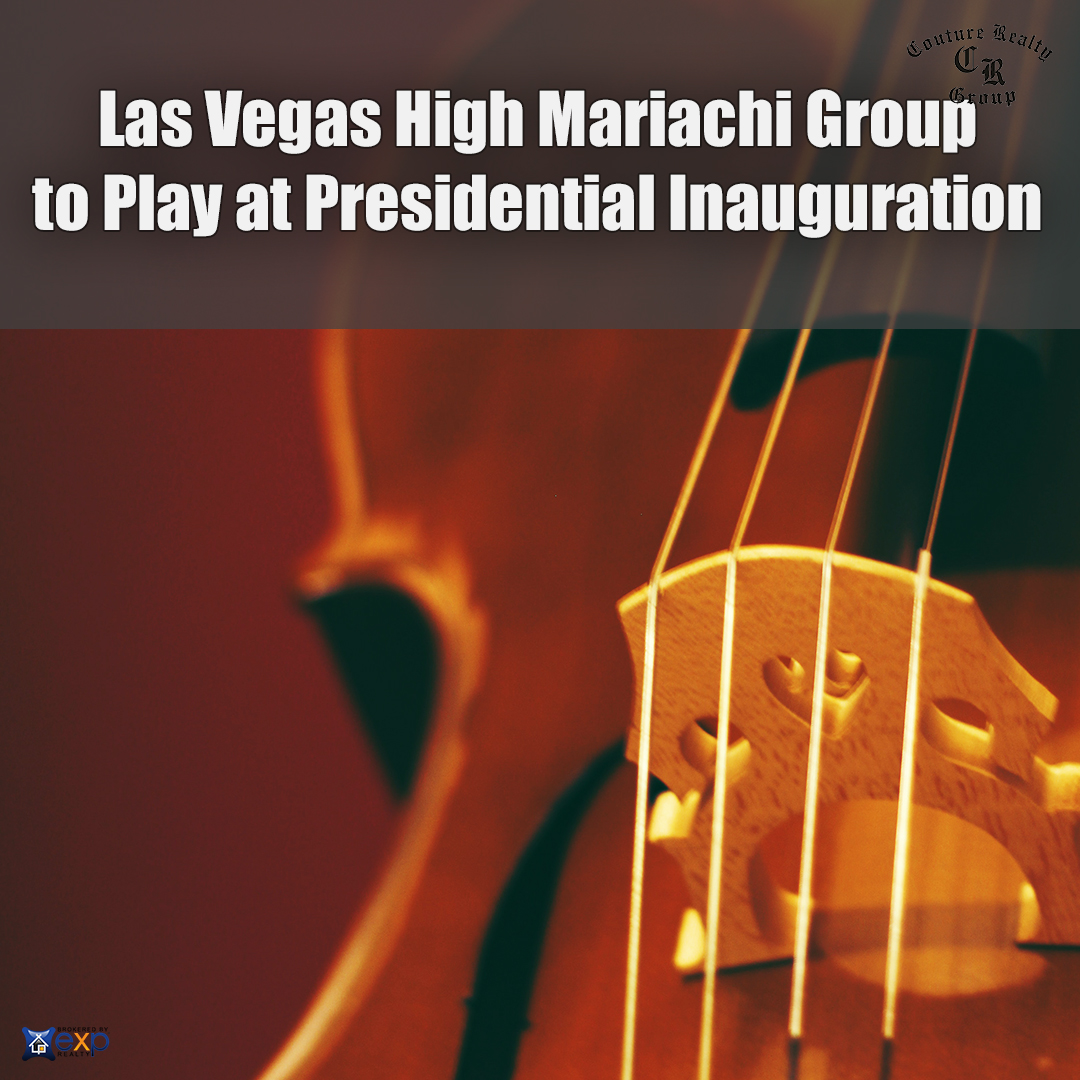 In just four days, the Mariachi Joya group at Las Vegas High School put together its biggest gig yet: a performance for President-elect Joe Biden’s inauguration on Wednesday.

Mariachi Joya will represent Nevada in the inauguration’s virtual “Parade Across America,” which features performances from communities in all 56 states and territories.

“It’s such a big deal, and we’re still in shock, but we all appreciate the support we’ve gotten,” said Michelle Madrid, who plays violin and sings. “We want to show everyone that this music is more than just music. It’s history and culture, and it’s just really beautiful.”

Madrid and her twin sister, Rachelle, who sings and plays harp, are performing a duet as part of the song “La Tierra del Mariachi” by Jose Hernandez.

The seniors found out last week, during an emergency Google Meet gathering, that they would be featured performers at the inauguration. Their teacher, Stephen Blanco, told them to get online with their parents.

That’s when he played a video of one of the songs they had been rehearsing and showed a picture of Biden and Vice President-elect Kamala Harris.

The video then played the words, “Joya, live at the inauguration.”

The families and the students cheered.

“This is huge, and they’ve been working so hard, even through the motivational challenges the pandemic has brought to everyone,” said Blanco, who has directed the program since he started it in 2018. Then, the program had 50 students, but it has grown to roughly 250.

The top 10 percent have been accepted into Mariachi Joya and will be the students whose performance will be featured Wednesday. They have prerecorded their virtual performances from their homes.

Blanco said the group played for Biden when he visited Las Vegas on the campaign trail, and Biden’s team last week asked the band to represent Nevada.

“We haven’t rehearsed in person since early 2020, and now we’re playing for the president. It’s kind of crazy,” he said.

The news of their performance even caught the attention of former state Sen. Yvanna Cancela, who resigned this month after taking a position within the new administration.

The CEO of Biden’s inauguration committee and president of Delaware State University, Tony Allen, said in a statement that the performances will lift up voices from all walks of life, in every corner of the country.

“We want the first moments of the Biden-Harris Administration to be a celebration of an inclusive, resilient united America,” he said.

The event will be livestreamed at https://BidenInaugural.org/watch starting Wednesday at 12:15 p.m. Pacific time. It also will be available on the inaugural committee’s YouTube, Facebook, Twitter and Twitch accounts.