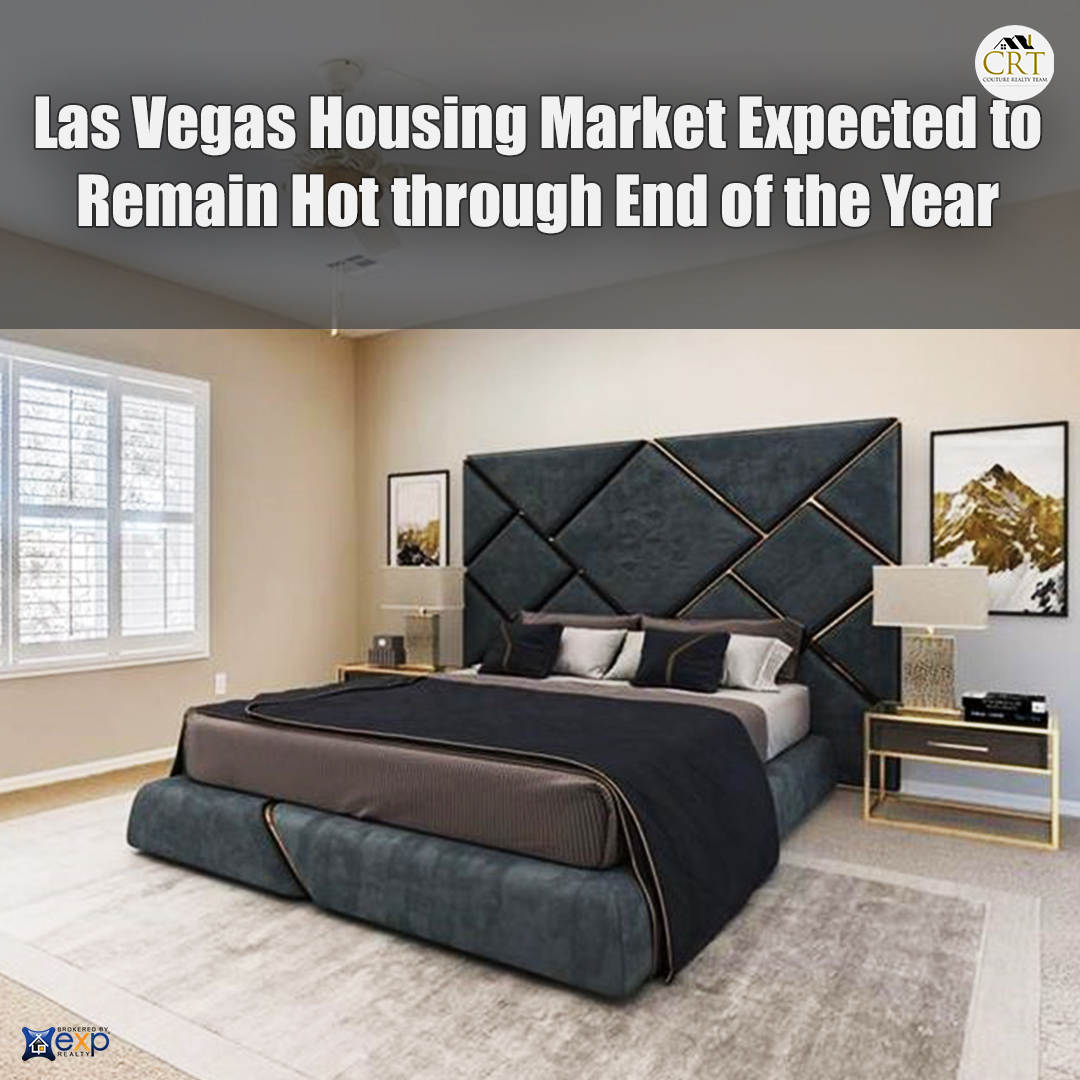 As the longtime real estate agent walked the first floor of the three-bedroom home in Henderson, he pondered events of the past year, which have led to an ultra-tight Las Vegas Valley housing market.

“It’s insane,” said Aldo Martinez, president of the Las Vegas Realtors trade organization. “By all indications, we don’t see things slowing down until at least the end of the year.”

The home, on the far south side of the Valley near Henderson’s Sunridge Park, was purchased recently by a California buyer for just under $380,000. About six months ago, Martinez said, it would have likely sold for a price much closer to $340,000. It was listed on Zillow recently for $360,000.

“The lack of inventory right now is driving prices up,” Martinez said. “Prices are moving by leaps and bounds. That’s the scary thing. The last time we saw property values rising by double digits like this year-over-year was in 2011 and 2012. Today, houses are on the market for three or four days, or less.”

Partly because of the pandemic, some homeowners who likely would have sold stood in place last year and early in 2021, helping lead to a lack of inventory in Southern Nevada, which had a tightening supply of existing homes before COVID-19 hit.

According to Las Vegas Realtors, there’s now less than a one-month supply of homes on the market. A balanced market is generally seen as being in the six-month range.

With interest rates low—for the last week in April, according to the Federal Home Loan Mortgage Corp., the average rate for a fixed 30-year mortgage came in at 2.98%—consumers are borrowing, understanding that money won’t always be this cheap.

“Mortgage payments are so economical now,” Martinez said. “When I bought my first in 1988, my interest rate was 10.5%. I just streamlined my (mortgage) last month for 2.5%. Inventory is going to have its challenges because homeowners are basically saying they can’t move anywhere now, there’s no lateral moving … rents are going up, too, and rent will often be more expensive than their payments.”

For April, according to the Realtors trade group, the median sale price of an existing home in Southern Nevada settled at $375,000, an all-time high. The figure represented a 21% increase from April 2020.

“Buyers’ agents are having to get on the phone and call homeowners in areas where buyers want to be to see who might be looking to sell,” Martinez said. “Sometimes it’s hard getting people to believe there are buyers for them. They sometimes think it’s a gimmick, but there are more buyers than we have inventory.”

Because the market in Las Vegas—and in many parts of the country—is so fluid as America battles back from the pandemic-induced economic downturn, it can be difficult for buyers to calculate where their potential breaking point might be when looking at a three- or four-bedroom home.

In Nevada, according to home services marketplace Porch Group, the typical price for a 2,000-square-foot home is now over $403,000, about $60,000 higher than the national average.

Out of 40 states that Porch Group studied, Nevada’s existing homes are the 13th-most expensive.

The elephant in the room when it comes to the Las Vegas housing market, said Vivek Sah, director of UNLV’s Lied Center for Real Estate, is that some homeowners still have their mortgages frozen in forbearance periods.

Mortgage forbearance, which temporarily removes a borrower’s obligation to pay a monthly mortgage because of a financial hardship, peaked in May 2020 with over 4 million U.S. mortgages—about 8% of all outstanding mortgages at the time—falling into the category, according to Freddie Mac statistics.

“If mortgage forbearances continue to be extended, that will be an important factor,” Sah said. “More and more hiring is happening in our core sector here, which is hospitality. I would say the market will remain strong at least until the end of this year, when we might start to see some pressure on inflation.”

For now, said Henderson agent Brian Frias of Realty One Group, multiple offers on most Valley homes priced up to $400,000—and even beyond that figure—is a reality.

For a list of the most up to date HOMES FOR SALE go to: