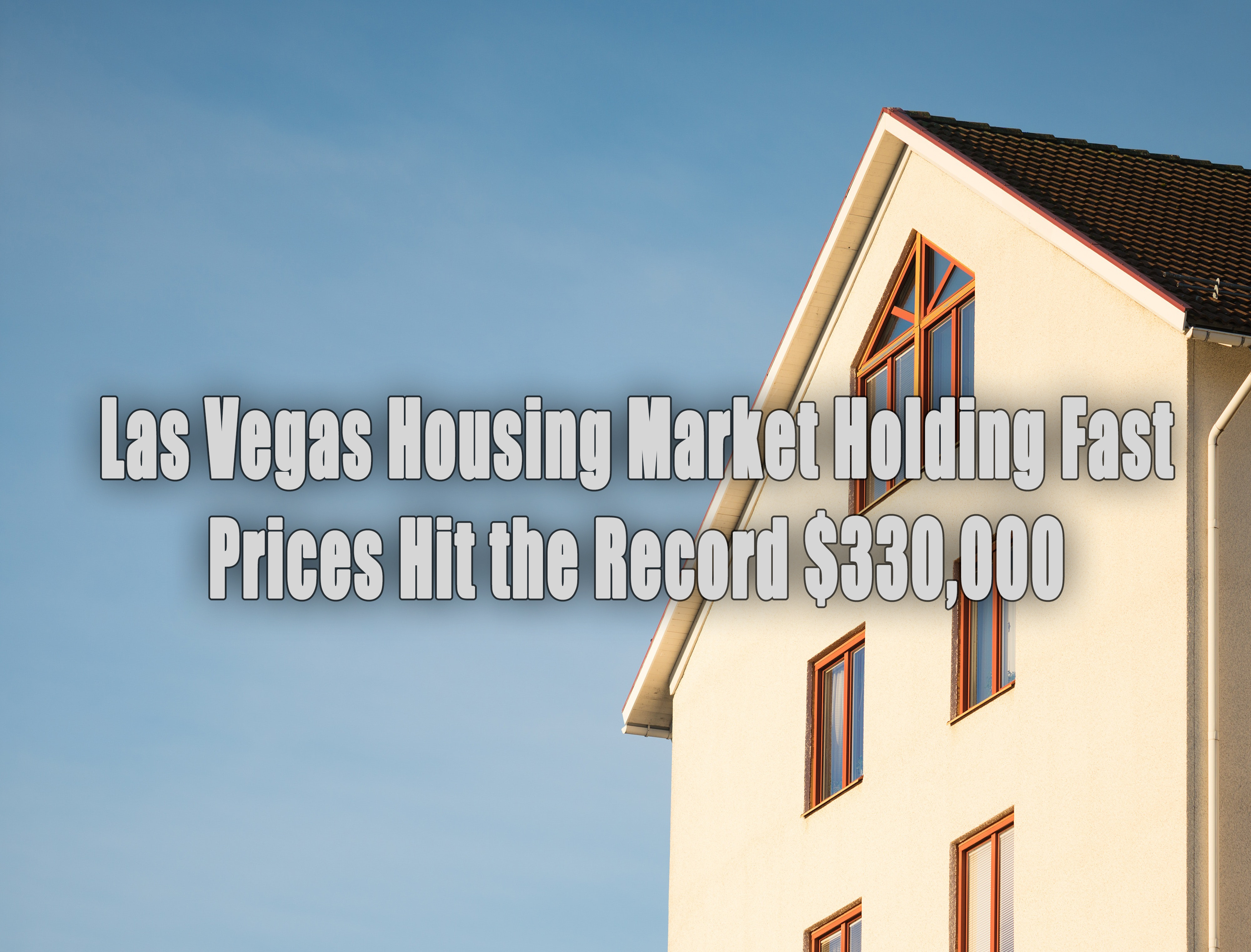 The greater Las Vegas market continues to have a number of factors in its favor after median prices reached record highs in the most recent report from Las Vegas Realtors (formerly known as the Greater Las
Vegas Realtors Association).


According to the LVR’s July report, median home prices rose to a record $330,000. That was 1.5% better than June, and nearly 9% higher than July 2019. While the COVID-19 pandemic and lockdowns might cause a downward drag on prices, insiders say it will likely be offset by record low interest rates and greater demand from home buyers.


Another factor in play related to the COVID-19 pandemic- the growing number of people deciding to leave densely populated cities like Los Angeles to escape high taxes, a high cost of living, heavy traffic, and higher numbers of coronavirus cases.


“I had a call from a guy who lived in San Diego his whole life, and he wanted to be a first time home buyer, but he was moving to Las Vegas,” said long-time realtor David Lee. “He said it's just the cost of living, plus the Covid there is worse, and a lot of fear and high prices are the main reasons.”


Economist David Grana says he’s seeing the same trend. “On the residential side, you have people that are still able to afford a nice living working from home, and they have decided to relocate here to Las Vegas because it's far more favorable than, let's say somewhere like Los Angeles, Orange County or San Diego.”


Grana says the long-term result of that kind of migration is many of those transplants are also bringing their businesses with them, which could ultimately help diversify the Las Vegas economy, making it more resilient to events or changes that negatively impact tourism and travel.


Grana also dismissed a new report from CoreLogic, which analyzes housing markets across the U.S. According to its latest statistics, CoreLogic ranks Las Vegas with Prescott, AZ, Lake Charles, LA, Miami-Miami Beach, FL and Huntington-Ashland, WV-KY-OH as having the highest risk (75%) of a home price decline.


Over the next 12 months, “what they're suggesting is a 7.8% decrease in prices,” Grana said. “I don’t think they're necessarily looking at specifics on the ground, with what is actually happening here in Las Vegas.” Grana also believes CoreLogic isn’t factoring-in the lessons learned from the last housing crash. “Yes, there will be an impact, Yes there are new homes that are coming on the market, But I think the lessons learned from 2008 have given builders and regulators a better road map for how they're going to deal with this particular situation.”


Lee points to the beginning of 2020 as well, for reason to remain optimistic about the Las Vegas housing market. “We were about ready to explode with the NFL draft shutting down the strip, the stadium, the Madison Square Garden deal with the Sphere. everything was about ready to explode,” said Lee. “Why I’m feeling so positive is because those things are still there. We didn't get that opportunity for that big initial explosion, but they're all coming online. nothing is going away,” adding, “so, if you look at the overall picture, there are a lot of positives in the future with what's going on with Vegas.”