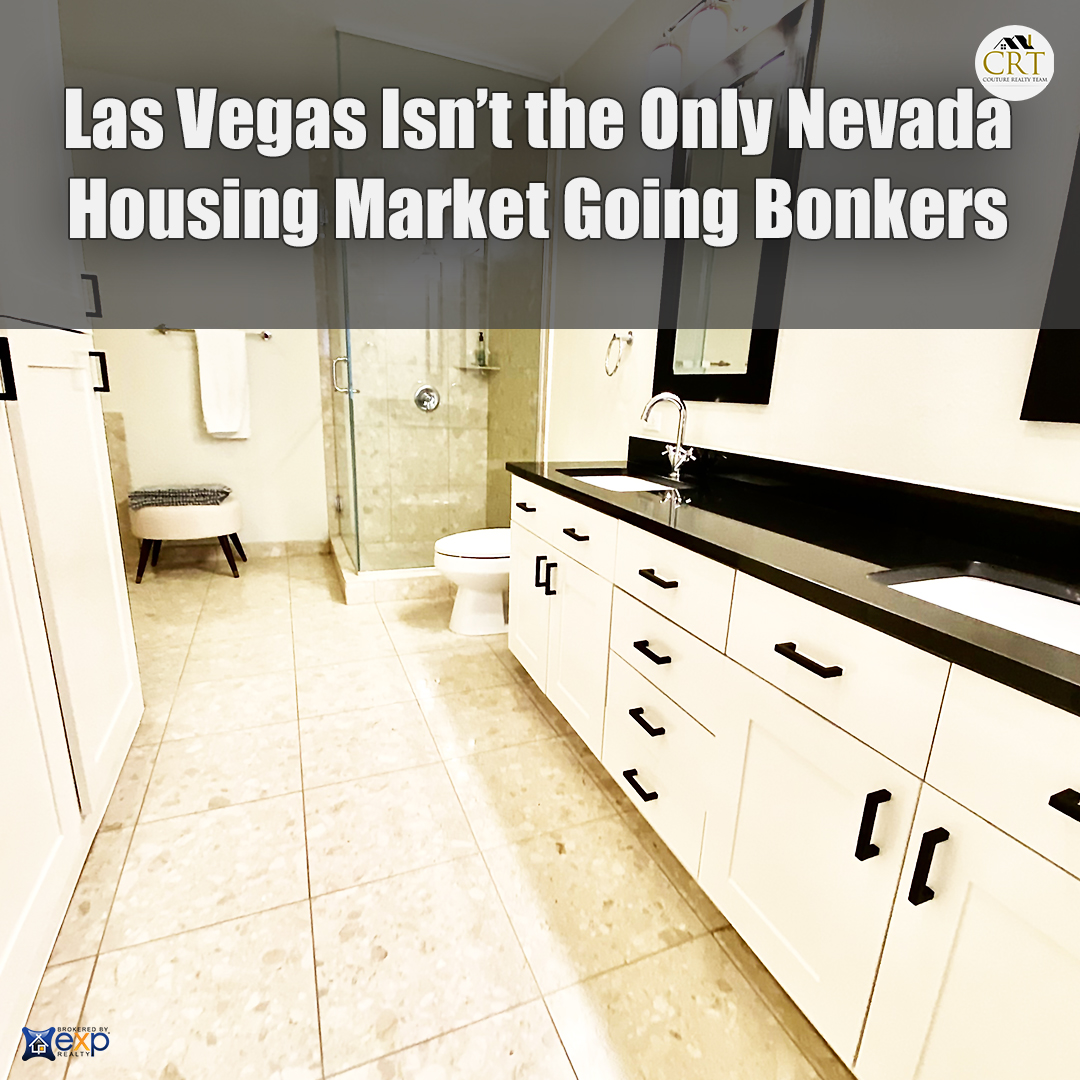 If you thought Las Vegas’ housing market was crazy, check out what’s happening in red-hot Reno.

“Virtually anything that comes to market” in good shape and at a reasonable price receives multiple offers, said Gary MacDonald, president of the Reno/Sparks Association of Realtors. “This is the strongest seller’s market that I’ve ever seen, and I first got my license in the 1970s.”

The housing market in Reno and Sparks benefited sellers for the last half-dozen years or so before the pandemic, said MacDonald, who also is an agent with Dickson Realty Damonte Ranch in Reno.

The sellers’ market has only strengthened since then, he said. The number of houses on the market has decreased 75 percent from a year ago, escalating prices, MacDonald said.

The median sale price in March for a single-family home in the Reno/Sparks area was $485,000, up 7.8 percent from February, according to data from the association.

That’s also a far higher percentage increase than the record high reached last month in Las Vegas. The median sales price of previously owned single-family homes was $363,000 in March, a jump of 2.3 percent from the previous all-time high, set in February, according to a report earlier this month from trade association Las Vegas Realtors.

A single-family home in Reno/Sparks is lasting an average of 18 days from its initial listing to the time it enters escrow with a sale contract in place.

That’s according to a Reno/Sparks Association of Realtors report released Monday, which also said there were 226 listings on the market at the end of March and 459 homes sold in March. The figures represent a 20 percent decrease in available homes on the market and 20 percent increase in home sales from February.

March saw 592 new home listings, up from 457 in February but down from 649 last March. There were 1,432 new listings in the first three months of this year, a nearly 14 percent decline from the same period last year, the report said.

Typically, it would take about six months for real estate agents to sell out their inventory of homes in the area, assuming no additional homes were added to the market, said Erika Lamb, a broker with Reno-based real estate and property management group Welcome Home. These days, she said, it’s down to one or two weeks.

According to MacDonald, the market has “probably less than a day supply of inventory” right now for a home in that price range, and fewer than 10 days’ supply for homes between $300,000 and $700,000. To find a price range with two-and-a-half months’ worth of supply, he said, you’re likely looking at a price north of $1.5 million.

In Northern Nevada, a heavy contingent of buyers are paying cash for homes, Lamb said. Some are locals looking to downsize, while others may be selling expensive condos, high-rises or homes in metropolitan areas and moving to vacation sports or smaller cities, she said.

About half of her office’s sold listings go to cash offers, Lamb said. There are “a ton” of California buyers, notably from cities within a reasonable drive including Roseville, Grass Valley and Truckee, Lamb said. She said she is working with a Truckee buyer with a $1.2 million budget and a Napa buyer with a $2.5 million budget, “and they’re purchasing all cash.”

“And it doesn’t matter if the property is over a million, over $2 million, or even $5 (million) or $6 million. We’re seeing an incredible amount of all-cash offers,” she said.

While noting Californians aren’t leaving en masse for Nevada, MacDonald said many residents of expensive cities such as San Francisco and San Jose have sold their homes and moved to less expensive places — including those in-state.

MacDonald said California buyers have “dramatically affected our marketplace,” especially in the pandemic’s onset, as work-from-home shifts allowed people to live anywhere. Bay Area residents could sell a 1,500-square-foot home for $1 million or a $1.5 million and potentially buy a home in Reno twice that size and half the cost, he said.

With limited housing availability, that pushes up Reno prices and can squeeze out borrowing buyers and first-time homeowners, MacDonald said.

He is steeling his prospective buyers to the possibility they may have to make multiple offers — and receive multiple rejections — before they find a new home.

“If you put an offer out in the market today, and you have not been approved by a lender, you don’t stand a chance,” MacDonald said.

It wasn’t clear how the pandemic would impact the housing market at its onset.

The seller’s market appeared to be stabilizing before the pandemic, according to Lamb, citing a 4.5 percent appreciation rate after several years of annual home value increases between 9 and 11 percent.

“We still had low inventory, but our inventory was more like two-and-a-half months to three months,” Lamb said.

COVID-19’s economic impact didn’t hit Northern Nevada as hard as it did elsewhere, she said.

MacDonald noted a degree of discomfort for some homeowners who would otherwise like to sell their house but haven’t wanted other people in their homes or weren’t sure about their ability to find a new home. Eviction moratoriums also have slowed the supply, he said.

Also, MacDonald attributes some scarcity locally and nationally to a “missing generation” of homes that were not built during the Great Recession.

“They were meeting the demand at the time, which was very limited,” he said. “But we lost the generation of houses being built, and that is really come home to roost with us now.”

The surge also is causing MacDonald a measure of concern. People are waiving inspections and placing “substantial” nonrefundable, good faith deposits on homes, “things that have happened in the marketplace that we just have never seen before,” he said.

MacDonald expressed skepticism that this pattern of “no supply” and “a lot of demand” is sustainable. He also said he hopes to see some balance and “fairness” return to the market.

But, MacDonald noted, “if you ever want to sell your house, now’s the time.”