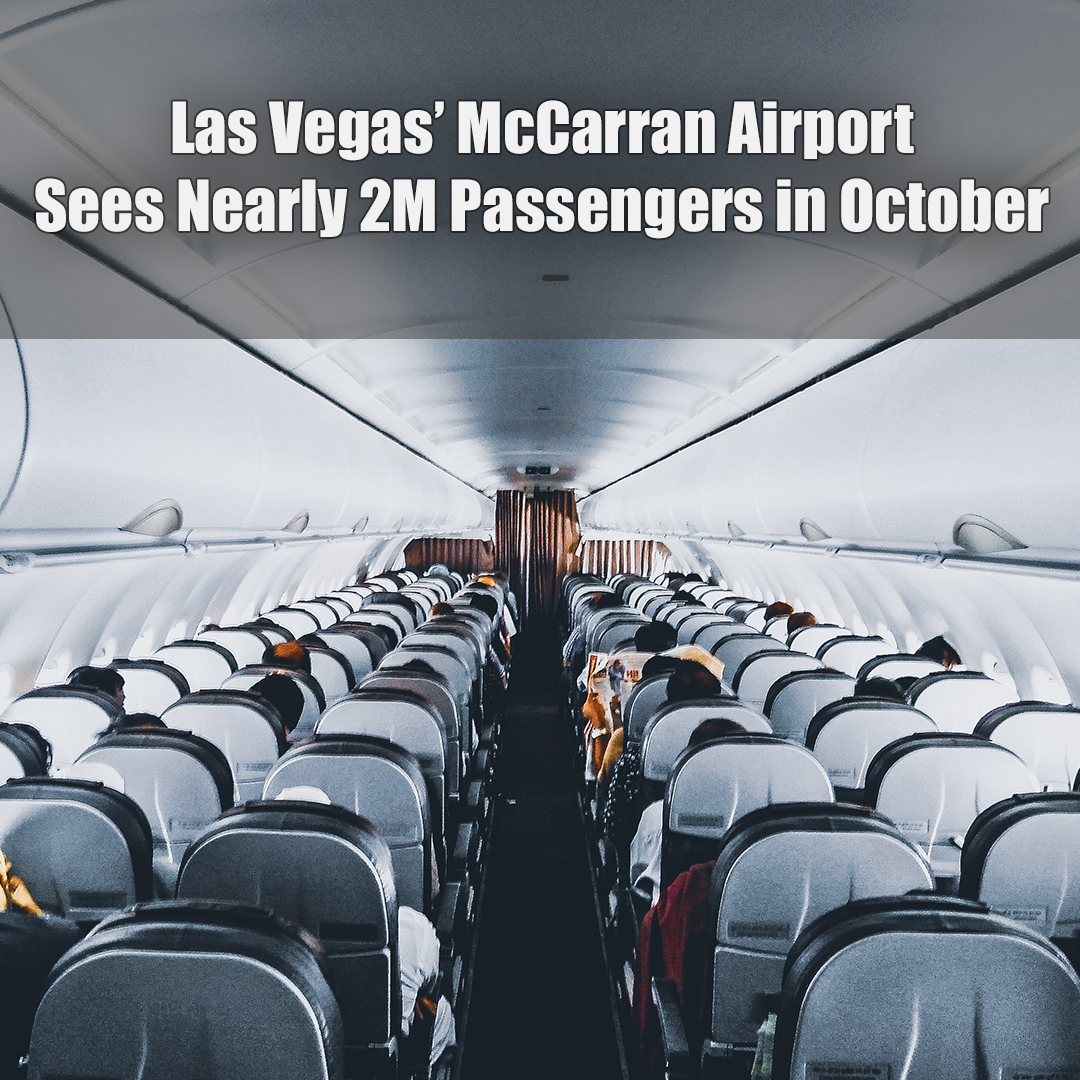 Nearly 2 million travelers passed through Las Vegas’ McCarran International Airport in October, an increase from the previous month but less than half the number from a year ago.

The nearly 1.98 million passengers announced Thursday by the Clark County Department of Aviation marks the busiest month at McCarran since March when the COVID-19 pandemic began to impact Southern Nevada.

Through October, McCarran has seen 18.7 million passengers, down 57 percent from the 41.1 million recorded through the first 10 months of 2019.

Spirit Airlines was the second busiest carrier at McCarran with 267,931 passengers in October, down 45 percent compared to the same month last year.

Hawaiian Airlines saw 3,981 passengers last month — its first passengers at McCarran since March after travel restrictions were adjusted in the islands.