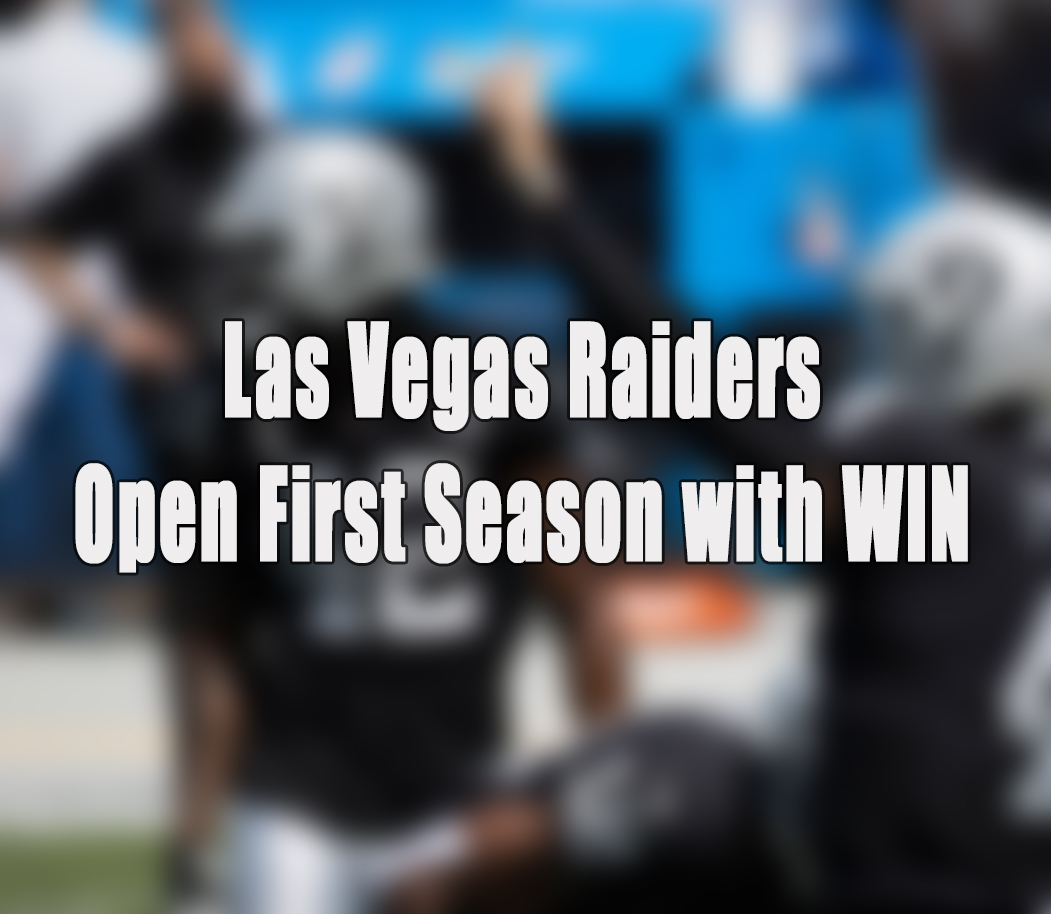 CHARLOTTE, N.C. — History will remember Sunday in the strangest of ways. Las Vegas has its NFL team, all right. Fortunately for it, recent shortcomings didn’t repeat themselves.


The Raiders opened what has already proven to be a bizarre 2020 season by traveling east and taking down the Carolina Panthers 34-30 at an empty Bank of America Stadium.


So this is it. Beautiful structures featuring regular-season games for the country’s most popular sport while being unoccupied by fans due to COVID-19. Funny. Such a deserted existence just might have helped the Raiders pull this thing off.


Piped in crowd noise ain’t the real thing, folks. Not the same at all. So when the Raiders marched 75 yards in nine plays over 4:21 to take the lead for good in the waning moments, their focus appeared supreme.


It might be just a start, but it’s a promising one, given how it ended. The team that didn’t finish nearly enough with touchdowns in the red zone last season was 3-for-4. The only time the Raiders didn’t convert for six points when possessing the ball inside the 20, a Daniel Carlson field goal gave them three.


Las Vegas probably doesn’t win this game last year and not because its home was in Oakland. Probably doesn’t walk away smiling like Sunday. New season. New chapter. New home.


Gruden said the Raiders would have loved to go back to Allegiant Stadium and debut on Monday Night Football on Sept. 21 in front of a full house, but since that is not possible, they wanted to win the opener against Carolina for the fans. “Like I said when I started, hopefully our fans back home saw something they liked,” he said.


How things got here


Such a long and interesting road it took to get here. March of 2017. That’s when NFL owners voted 31-1 in favor of the Raiders relocating from Oakland to Las Vegas. It doesn’t become reality without the vision and leadership of Las Vegas Sands Corp. Chairman and CEO Sheldon Adelson. Raiders owner Mark Davis said as much moments after the vote became official at an Arizona resort.


It doesn’t happen without the promise to build Allegiant Stadium. A $750 million tax subsidy approved by the Nevada State Legislature made it impossible for owners to dismiss Las Vegas. Loath the heck out of Dallas Cowboys owner Jerry Jones if you want. The Raiders likely aren’t approved to move without his influential voice in the room before ballots were cast. Jones carries the weight of an offensive tackle.


It wasn’t a perfect beginning here by any means. A defense that has struggled stopping most anyone for some time now never could find much rhythm or consistency. It did manage the game’s most important stop when stuffing the Panthers on fourth-and-1 from the Raiders 46 and 1:23 left in a four-point game.


That was fairly enormous, as was the fact new Panthers offensive coordinator Joe Brady didn’t call for all-everything back Christian McCaffrey to get the ball. You’re not at Louisiana State any more, Joe. Even the Raiders can play a little defense when needed. Seriously.


It’s true that history can’t be unlived, but there’s nothing wrong with creating an original version of it. That’s what the Raiders did Sunday. The Las Vegas Raiders at that.


“We moved to Vegas from Oakland and while we miss those guys, Raider Nation is forever,” said safety Johnathan Abram. “We have a new home in Las Vegas and it feels amazing to get the first win as the Las Vegas Raiders.”