Las Vegas Schools Latest to Reopen Among Large US Districts

Las Vegas Schools Latest to Reopen Among Large US Districts 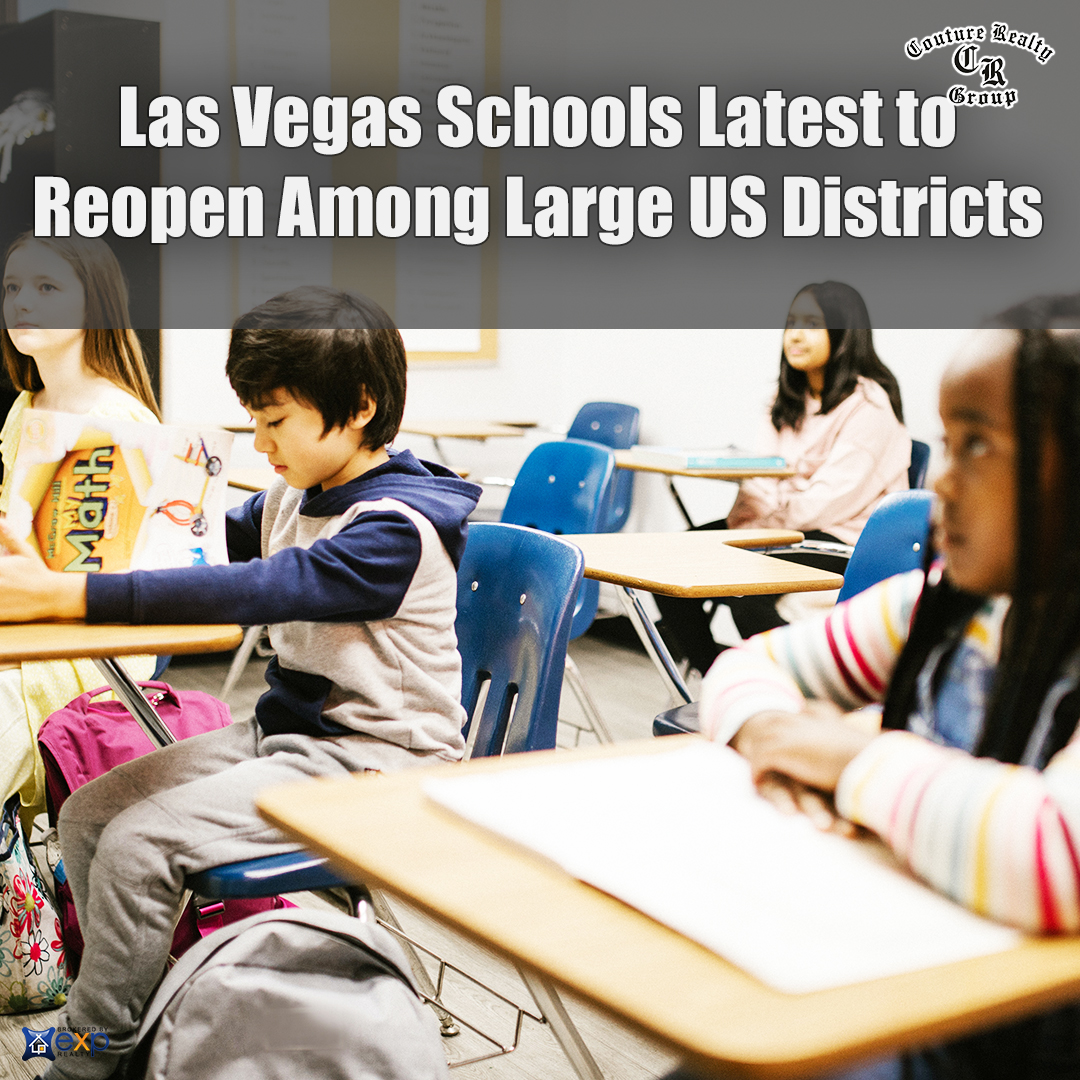 School bells ring Monday for the youngest students in Las Vegas, where the nation’s fifth-largest school district will return kids to classrooms during the coronavirus pandemic with a “hybrid” schedule for preschoolers through third graders.

The move in a region hard hit both physically and economically by COVID-19 makes the sprawling Clark County School District, with 315,000 students, the latest of the largest in the U.S. to resume face-to-face but hands-off instruction.

“It’s definitely going to have challenges because these kids have not been in school for a whole year," said Julie Nilson, a first-grade teacher who has been teaching 23 students online since August.

“It’s going to be like the very first day of school,” she said. “And, of course, there’s a lot more protocols we have to follow because of COVID.”

District Superintendent Jesus Jara spent last week showing the media how classrooms are sanitized; how sick students will be isolated while parents are called; and precautions to be taken on more than 1,800 buses that’ll run again when instruction resumes at 231 of the district’s 336 campuses.

Reopening schools and resuming sports has fueled passions — both for and against — in the district with 336 school campuses covering an area almost the size of New Jersey.

“It’s all about safety,” said Marie Neisess, president of the Clark County Education Association, representing the district’s 18,000 teachers. “You’re asking educators to possibly put their health on the line, as well as the health of our students.”

Clark County has almost 70% of students in Nevada, a state that consistently ranks near the bottom in comparative rankings of educational quality and achievement. Neisess noted that Nevada has among the largest class sizes in the nation.

At a school board meeting on Thursday — the first held in-person in almost a year — parent Bethany Hudson was among many accusing elected board members and Jara of acting too slowly to open schools.

Among other big districts, Los Angeles-area schools remain closed until staff members are vaccinated. Chicago teacher’s union and district officials have fought over reopening plans, but elementary schoolers are due to begin in-person learning March 1 and middle-schoolers the following week.

Hudson pointed to findings from the Centers for Disease Control and Prevention that show children are at lower risk of COVID-19 infection than adults. She noted the CDC in January provided guidelines for returning in-person instruction, with safety protocols. She accused Las Vegas-area school administrators of letting students down.

“Here we are, at the end of February, only starting the process,” she said.

Caden McKnight, student body president at a high school in northwest Las Vegas, referred somberly to classmates who have died — a topic that has prompted wrenching community questions about teenagers, isolation and mental health.

“We are kids living through a global pandemic trying to pass our (standardized) exams and watching our friends die,” McKnight told school trustees. “And we are alone. We feel isolated.”

“The longer this goes on, the harder it will be to recover and come to any kind of normalcy," he said.

The pandemic has deeply affected Nevada and Las Vegas, both dependent on a tourism industry shuttered alongside schools last March and struggling to recover.

Casinos reopened with restrictions in June, and Gov. Steve Sisolak has gradually relaxed capacity limits for restaurants and churches.

Health officials reported Friday the average number of new daily cases over the past two weeks has fallen to the lowest level since mid-September, and the number of confirmed cases among people who are tested was the lowest since before Halloween.

The 4,942 deaths from the coronavirus statewide include 3,847 in a Las Vegas area home to some 2.4 million of Nevada’s 3.1 million residents. More than 293,000 people have been diagnosed statewide with COVID-19.

Jara said parents still have the option of keeping children home for what he called full-time “distance education.”

But, “kids need to learn to hold a pencil," said Kenneth Retzl, an educational policy researcher at the Guinn Center for Policy Priorities in Las Vegas. "And the only way you can teach a kid how to hold a pencil is to actually help manipulate their hand around a pencil."

Retzl found discomfort about returning to classrooms among more than half the 9,000 teachers, staff members and school administrators reached statewide for a study last summer. About 6,900 were Clark County school employees, including 5,400 teachers.

That was before a vaccine was on the table.

The governor said Friday on Twitter that, “every educator in every county school district has either received their 1st and/or 2nd shot, is scheduled to get vaccinated, or has had the opportunity to get the vaccine.”

Vaccinations are not required for teachers, and the Clark County district and teacher’s union have not said how many classroom instructors have gotten shots.

Nilson, now in her 28th year as an educator, said she did.

“I’m not nervous for COVID," she said. “But there are first-day jitters ... the excited nervous about having them in the room.”

She called March, April and May “magical months” for first-graders, "where all the lightbulbs come on and we put so much together.”

“Will they be where they would be if they were in school in-person? No, of course not," she added. "Are they going to be significantly behind? It’s hard to say.”