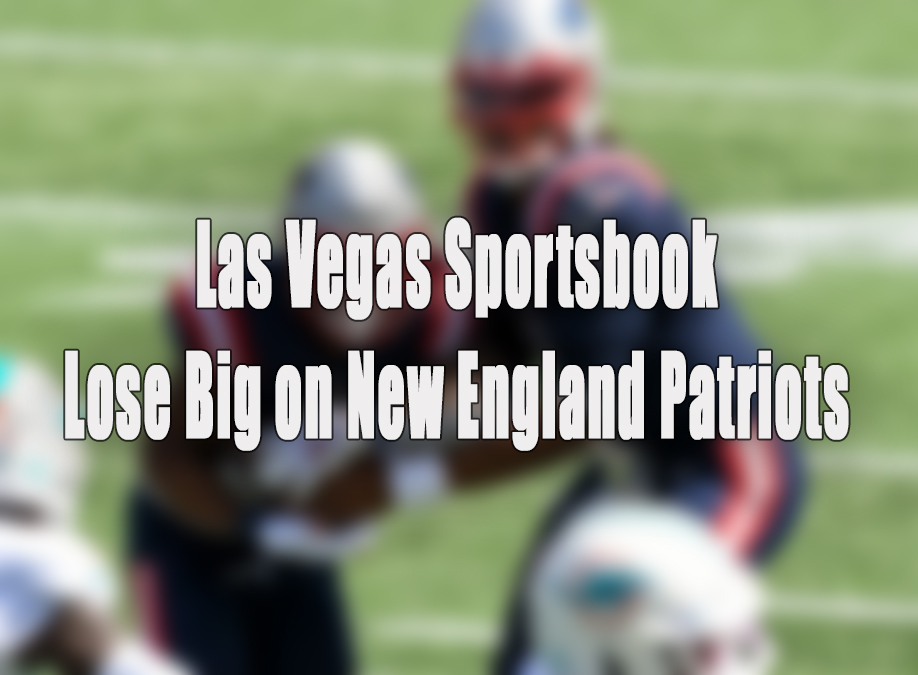 Las Vegas sportsbooks didn’t have their usual standing-room-only crowds on the opening NFL Sunday of the 2020 season because of the coronavirus pandemic.


But some things never change.


The atmosphere was still electric, the Patriots delivered a win for bettors and a loss to the books, and the Tampa Bay quarterback threw a pick-six.


“If you were in a time machine in 2018 and jumped here to 2020, you would think everything was normal, except for the masks,” The Mirage sportsbook director Jeff Stoneback said. “Football is king.”


New England almost singlehandedly made Sunday a losing day for BetMGM in Nevada when a gambler won a $525,000 straight bet on the Patriots (-7) placed at the counter at The Mirage.


“That was the brunt of the loss,” Stoneback said.


Miami was fed some New England Cam chowder in a 21-11 loss as new Patriots QB Cam Newton ran for two touchdowns. The Dolphins were in position for a backdoor cover at the New England 10 when Ryan Fitzpatrick was intercepted in the end zone with 1:28 left.


A William Hill bettor won a $275,000 straight bet on the Patriots, who were the biggest loser for the books.


“Jacobs looked phenomenal,” Sunset Station sportsbook director Chuck Esposito said. “You have to be able to run the ball in this league to be successful.”

The Saints opened as 5½-point favorites at the Westgate over the Raiders in their Sept. 21 home opener in Las Vegas on “Monday Night Football.” The total opened at 50½ Sunday before climbing to 51½.


Tom Brady rushed for a TD to give the Buccaneers a 7-0 lead over the Saints — and cash 30-1 tickets as first player to score a TD — in his Tampa Bay debut. But it went downhill from there. Brady was intercepted twice in a 34-23 loss to New Orleans (-4).


Brady, 43, threw an ugly pick-six early in the second half that was reminiscent of former Bucs QB Jameis Winston, who threw an NFL-record seven pick-sixes last season.


“It must be the orange, pewter and white,” Westgate vice president Jay Kornegay said jokingly. “Maybe those are the colors of a pick-six.”


Seriously, though, Kornegay is impressed with New Orleans.


“The Saints are definitely going to be title contenders. That was a very physical game,” he said. “I expect the Saints to be in the final four when it’s all said and done.”

Station reported a small win on the day and the Westgate reported a solid win. The biggest winners at both books were the Jaguars, Cardinals and the Washington Football Team.


Jacksonville (+7) might not be tanking for Clemson QB Trevor Lawrence after all. Gardner Minshew was 19-for-20 with three TDs to lead the Jaguars to a 27-20 win over the Colts in Philip Rivers’ Indianapolis debut. Rivers threw for 363 yards but only one TD and two interceptions to kill countless teasers and money-line parlays.


“The Colts were kind of a sharp preseason pick. They have (coach) Frank Reich, a very solid defense and Rivers coming over and getting some protection he didn’t get in (Los Angeles) the last couple of years,” Kornegay said. “It’s only one game, but it sure is a shaky start for the Colts.”

Circa Sports surpassed its $4 million in guarantees for its two $1,000-entry football contests with a late flurry of sign-ups.


It received 3,148 entries for Sports Million II and 1,390 entries for Survivor, where contestants pick one team each week and the last person standing wins $1.39 million.


The Colts were the most popular Survivor pick and wiped out almost a third of the field as 425 people chose them. One brave bettor picked the Jaguars and is still alive.


The Lions (-2½) also blew a 17-point lead in a 27-23 loss to the Bears, which got three fourth-quarter TD passes from Mitch Trubisky and held on for the win when Detroit’s D’Andre Swift dropped a sure game-winning TD pass with six seconds left.


Underdogs went 5-6-2 with five outright wins capped by Arizona’s upset of San Francisco. A BetMGM bettor lost a $200,000 straight bet on the 49ers (-7). Cardinals QB Kyler Murray threw for a score and ran for a score.