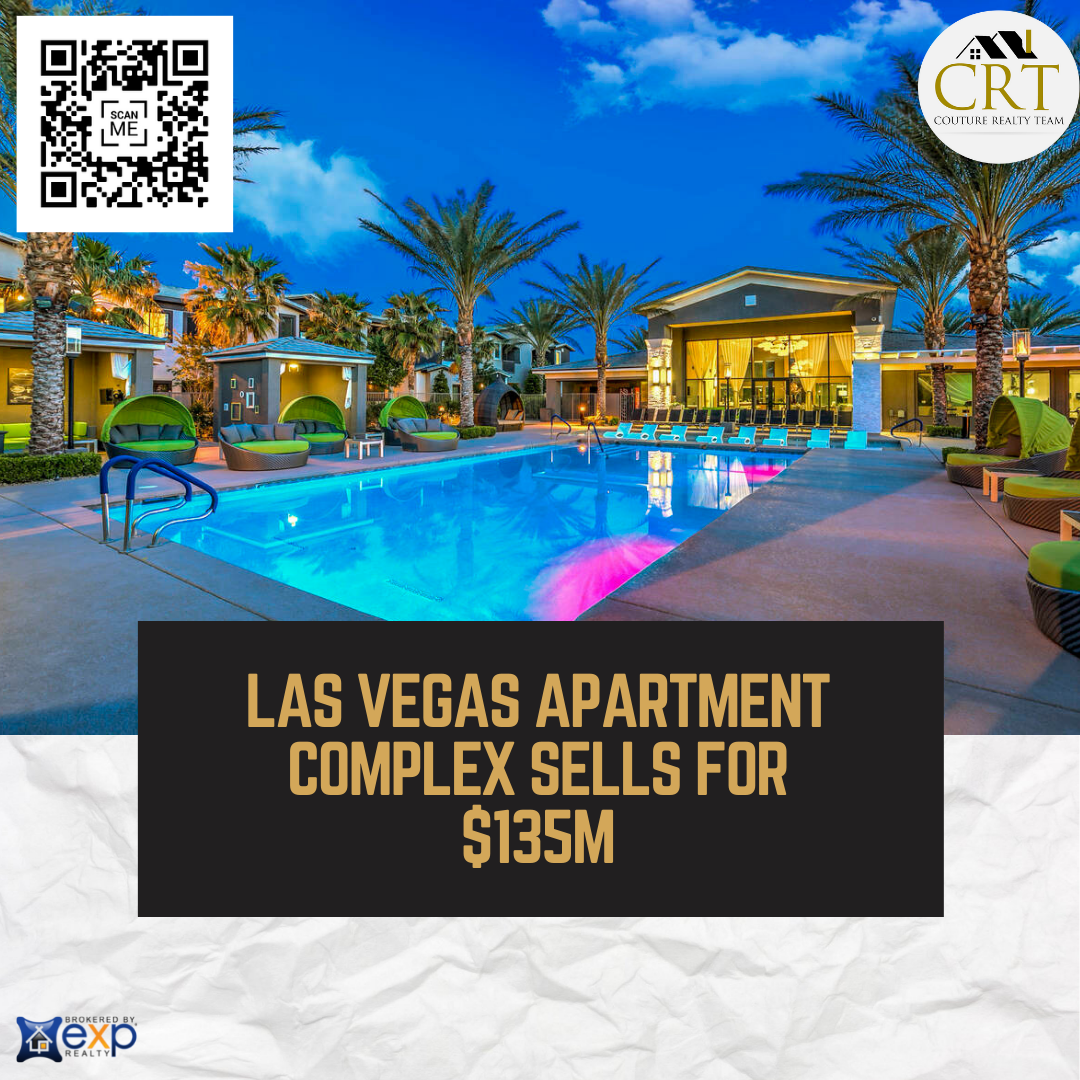 Las Vegas apartments sold for over $ 135 million. This is the latest 9-digit purchase of a valley rental lot.
Starlight U.S. Residential Fund announced last month that it acquired Lyric, a 376-unit apartment complex in the south valley.
Lyric, 304 E. Silverado Ranch Blvd., near Las Vegas Boulevard, boasts a karaoke lounge, a pet-washing station, poolside spin bikes, and other amenities, the new owner said.
It traded for $135.2 million and was 99 percent occupied at the time of sale, according to brokerage Newmark Group, which represented the seller, The Bascom Group.
Las Vegas rental market faced plenty of turmoil and questions after the pandemic hit, as many tenants tapped unemployment benefits, stimulus funds, or other relief programs to pay their rent amid huge job losses, and government-ordered eviction freezes kept starting and stopping.
But plenty of people also moved to the valley, including from pricier markets, amid widespread work-from-home arrangements, and Southern Nevada has seen more apartment construction, tighter vacancies, and fast-rising rents.
The typical rental rate of a Las Vegas-area home shot up 25.3 percent year over year in October, to $1,786, according to listing site Zillow.
Las Vegas’ price jump was third-highest among the 50 metro areas in the report, behind only Phoenix at 26.1 percent and Tampa, Florida, at 27.3 percent, Zillow reported.
Underscoring the growth overall of Las Vegas’ apartment market over the past several years, Bascom acquired Lyric in 2016 for $65.35 million and has now sold it for more than double its purchase price.
After the pandemic hit, there was an expectation that the crisis would sink the rental market, but that “never materialized,” said Scott McClave, senior principal of acquisitions and finance at Bascom.
Overall, Las Vegas’ apartment market is “extraordinary, quite honestly,” he said.
Lyric isn’t the only Southern Nevada rental complex to trade for more than $100 million this year.
LaSalle Investment Management acquired the 456-unit Ely at The Curve, in the southwest valley, for $155.6 million from The Calida Group, according to a news release in October.
Utah real estate investor Scott Keller also acquired Tuscan Highlands, a 304-unit complex near the M Resort, from developer Bob Schulman for $115 million in May.
The Tuscan Highlands sale amounted to more than $378,000 per unit. At the time, multiple sources said that was an all-time high for a Southern Nevada apartment complex.