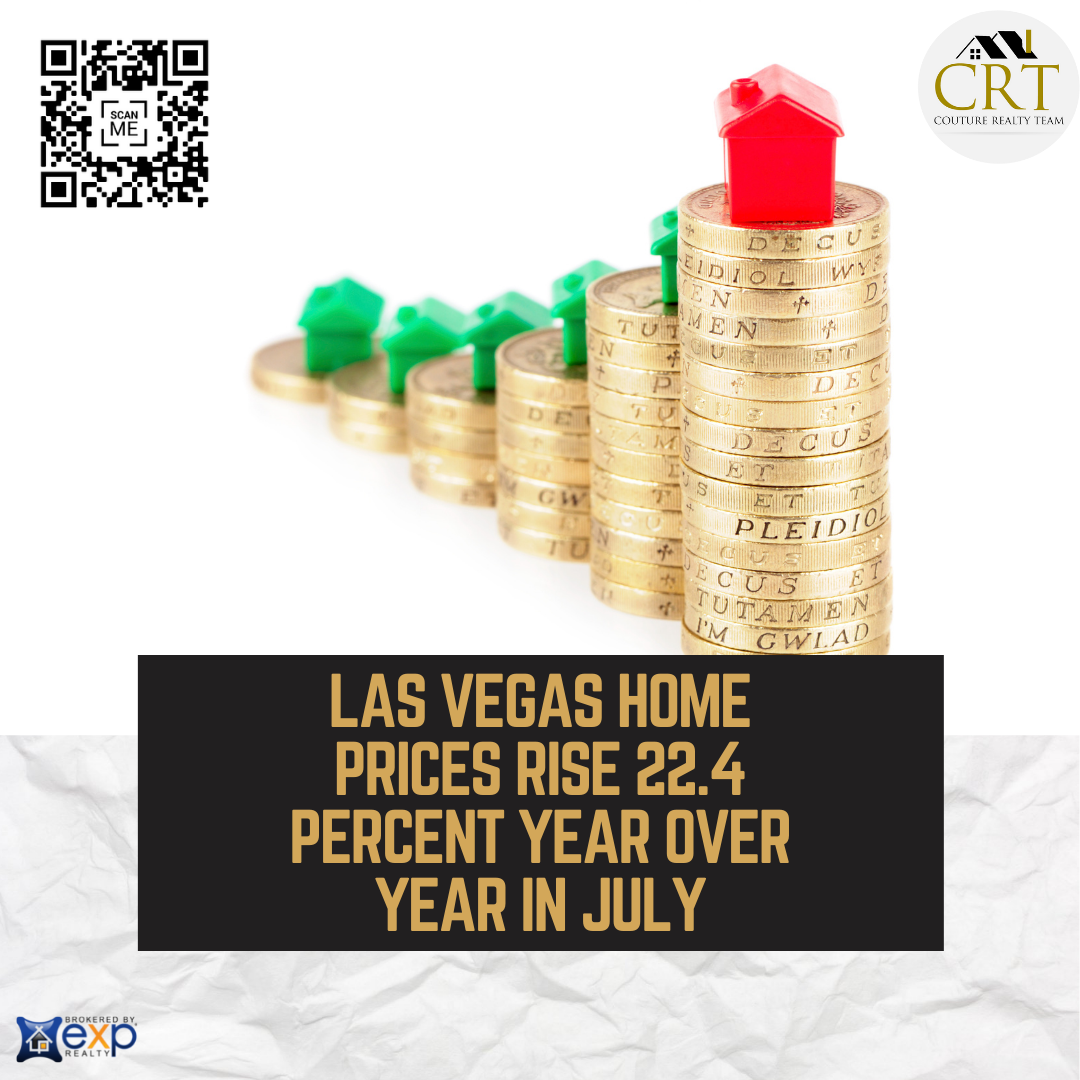 Home prices soared across the country in July, but Las Vegas prices rose even faster than the record national average, a new report shows.
Las Vegas-area house prices were up 22.4 percent year over year in July, compared with a 19.7 percent jump nationwide, according to the S&P CoreLogic Case-Shiller housing index released Tuesday by S&P Dow Jones Indices.
All 20 metro areas in the report saw double-digit annual price gains in July, with Phoenix leading the pack at a staggering 32.4 percent increase, and Chicago at the bottom with a still-substantial price hike of 13.3 percent.
This was the fourth consecutive month that U.S. home values grew at a record pace, and prices are now at all-time highs in all but one of the markets tracked for the report.
In the “sole outlier” of Chicago, prices are only 0.3 percent below their 2006 peak, Craig Lazzara, global head of index investment strategy at S&P Dow Jones, said in a news release.
The findings further underscore America’s homebuying binge — a cheap-money-fueled frenzy that remained red-hot this summer after signs this spring that buyers were pulling back.
Selma Hepp, deputy chief economist at housing tracker CoreLogic, said in a blog post Tuesday that a “surge of millennials” are approaching prime homebuying age and that move-up buyers with bigger budgets are moving to more affordable areas where they can outbid locals.
“Taken together, these factors have created a double whammy for home price growth,” she said.
Nationally, price growth “remained scorching hot” this summer, but more current data points to “cooler days in the months to come,” Matthew Speakman, an economist with listing site Zillow, said in a statement Tuesday.
With mortgage rates still hovering at historic lows, competition for homes remains stiff, and prices keep rising sharply, according to Speakman.
“But the tight market conditions that have fueled the skyrocketing prices are finally showing signs of loosening,” he said.
Inventory levels are climbing, and sellers “appear to be taking a less aggressive approach when putting their homes on the market,” he said, adding, in part, that price cuts “are becoming more common.”
Overall, autumn is “already providing better buying opportunities” for many people amid fewer competing bids, the return of contingencies and more listings with price reductions, George Ratiu, senior economist at listing site Realtor.com, wrote Tuesday.
Fueled by low borrowing costs and more out-of-state buyers than usual, Southern Nevada’s housing market has accelerated over the past year or so with rapid sales and record-high prices, despite huge job losses sparked by the pandemic.
It has been an extreme seller’s market.
House hunters have flooded properties with offers; routinely paid over the asking price; waived contingencies, including disregarding the home’s appraisal; and let sellers stay in the home rent-free after the deal closes to give them time to find a new place.
Homebuilders have also put buyers on waiting lists, regularly raised prices, taken bids for lots and in some cases drawn names to determine who gets to purchase a place.
With prices setting record highs practically every month, Las Vegas’ housing boom has sparked affordability concerns and prompted more buyers than usual in the valley to look for homes in rural, less expensive Pahrump some 60 miles away.
The median sales price of previously owned single-family homes — the bulk of the market — was $405,000 in August, unchanged from the record high set in July but up almost 21 percent from August of last year, trade association Las Vegas Realtors reported.
Las Vegas Realtors President Aldo Martinez told the Review-Journal last month that home values were starting to get into the “teetering spot of the market” for the average local buyer.
If prices kept rising by $10,000 a month, as they had since spring, the market would be “really unaffordable,” he said.