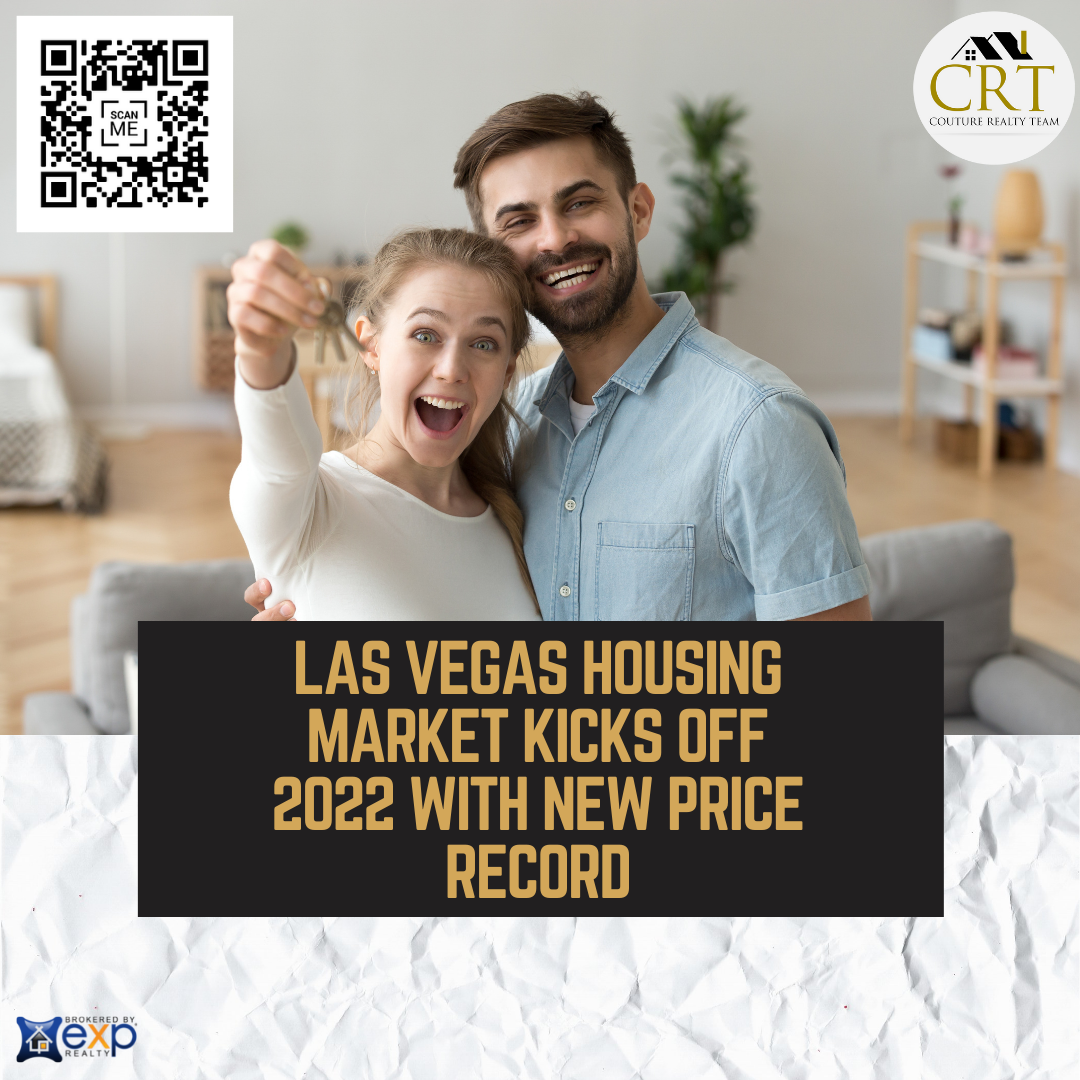 Southern Nevada’s fast-rising house prices set another all-time high in January, as last year’s hot streak carried over to the new year.
The median sales price of previously owned single-family homes — the bulk of the market — was $435,000 last month, up 2.4 percent from the previous record, set in December, and 26.1 percent from January of 2021, according to a new report from the trade association Las Vegas Realtors.
Prices last month were up $10,000 from December and $90,000 from a year earlier.
Meanwhile, sales and inventory both fell as prices marched higher.
A total of 2,561 houses traded hands last month, down 19.4 percent from December and 2.9 percent from January 2021, while just 1,821 single-family homes were on the market without offers at the end of January, down 19.1 percent from the month before and 21.3 percent year-over-year, according to LVR.
The association reports data from its resale-heavy listing service.
All told, according to the report and some local real estate pros, Southern Nevada started 2022 riding a prolonged, cheap-money-fueled streak of rapid sales and escalating prices that has left sellers firmly in control of the housing market.
Plus, in another sign of how far the market has come since it crashed after the mid-2000s bubble, last month’s median sales price was up more than threefold from a decade ago, when Las Vegas house prices bottomed out at $118,000 in January 2012, according to association figures.
‘Very strong seller’s market’
Brandon Roberts, president of LVR, told the Review-Journal that buyers “have to be super patient” and willing to endure multiple offers on properties to find the right home.
“It’s a seller’s market, for sure,” said Roberts, a broker with Signature Real Estate Group.
Randy Hatada, the owner of Xpand Realty & Property Management, said he’s not seeing the same volume of offers that he did in the past year or so, but sellers are still fielding offers above their asking price.
Las Vegas’ low supply of available listings forces people to play a bidding game or to come in “very aggressively” to land a house, he said, noting properties are “still going quickly.”
“It’s still a very strong seller’s market,” Hatada said.
The housing market typically sees less activity during the holidays, though when the calendar turned to January, “it was like the rocketship took off again,” Urban Nest Realty agent Christina Chipman said.
Buyers and sellers didn’t feel as much pressure during the last few months of 2021, she indicated, but now, people are getting “a little bit more frantic about it.”
Chipman said she recently listed a house for $850,000 and fielded three offers within two or three days.
In the past, she said, it would take a month or two for a home to sell at that price.
She also listed a home for $325,000 on Saturday and received more than 10 offers by Monday morning, with prospective buyers waiving appraisals and contingencies.
“That’s normal and typical in this market,” she said.
Unexpected housing boom
Despite high unemployment sparked by the coronavirus outbreak, Las Vegas’ housing market accelerated last year as rock-bottom mortgage rates let buyers stretch their budgets.
The frenzy looked largely the same in other U.S. cities — tight inventory, multiple offers, and sellers in control as people tried to buy a place amid low borrowing costs.
On the resale side, buyers showered Las Vegas-area homes with offers and routinely paid over the asking price, and median sales prices set all-time highs practically every month.
Homebuilders in Southern Nevada also put buyers on waiting lists, regularly raised prices, and in some cases drew names to determine who gets to purchase a place.-
Overall, a record 50,010 residential properties, including houses, condos, and townhomes, were sold last year, up 21.5 percent from 2020, Las Vegas Realtors reported.
Last year’s total topped the previous all-time high, set in 2011, by nearly 2,000 sales, according to the association.
Job losses sparked by the pandemic were heavily concentrated in service sectors. While white-collar — and likely higher-earning — workers often kept their jobs and started working from home, and with mortgage rates at historic lows, many people tapped cheap money to buy a new place, helping fuel America’s unexpected housing boom.
Southern Nevada has seen more buyers than usual from California and other higher-priced markets during the pandemic, as people sought more space amid widespread work-from-home arrangements.
According to Hatada, California buyers are still snapping up houses in Las Vegas.
“We’re still seeing it,” he said.