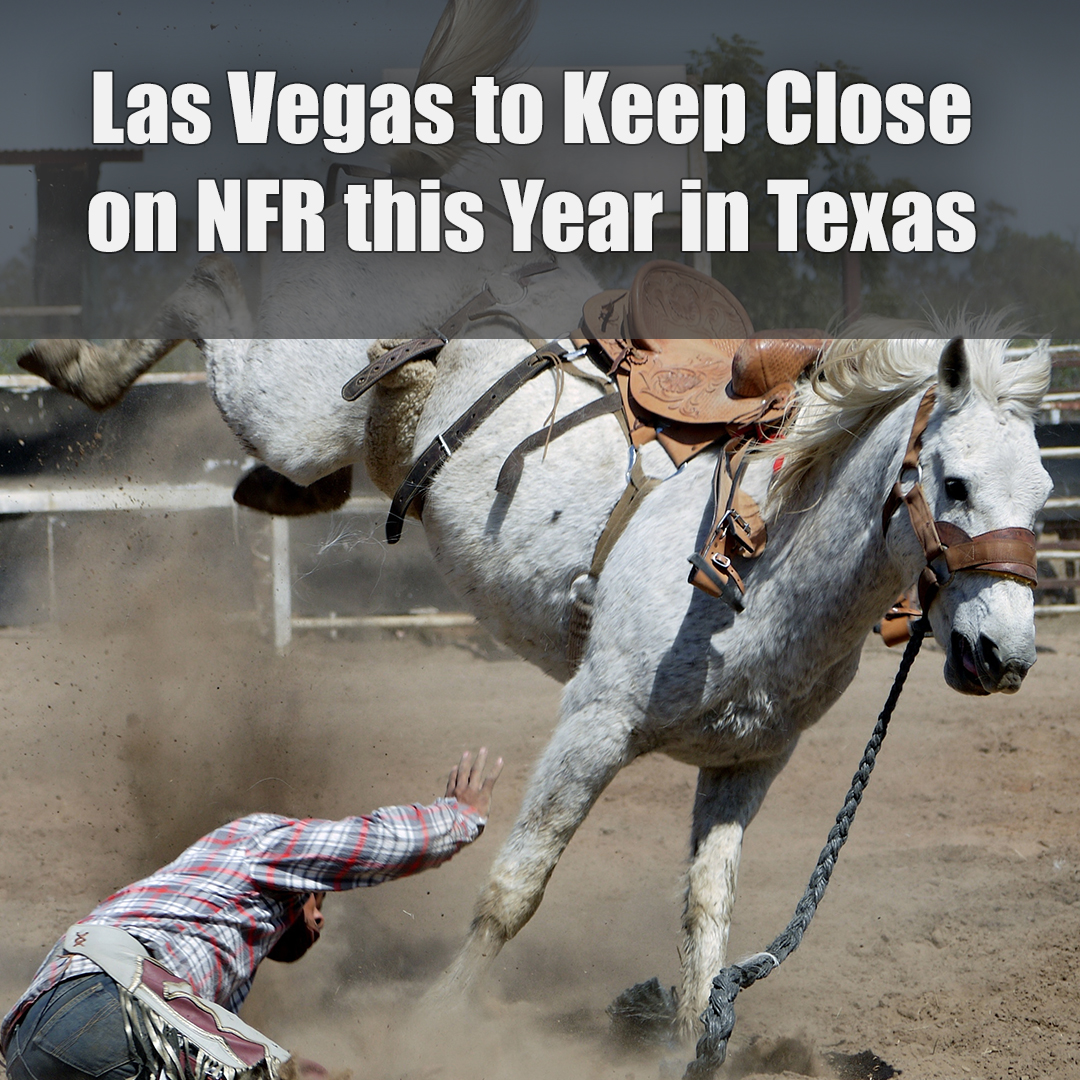 There’s an expression in rodeo called “Cowboy Up.” What it basically means is that when the goin’ gets tough, the tough get goin’.


It explains why a contingent of 12 rodeo officials and enthusiasts from Las Vegas are headed to the Dallas-Fort Worth metroplex, the emergency site of this year’s National Finals Rodeo. Their objective: To ensure that the biggest cash cow on the local sports calendar doesn’t wander too far from Las Vegas amid the COVID-19 pandemic.


Often referred to as the Super Bowl of pro rodeo,


the NFR pumps an estimated $200 million into the Southern Nevada economy — part of the reason local tourism officials thought it was crucial to have a presence in Texas, where a new NFR marketing campaign featuring top Las Vegas entertainers and personalities will be unveiled.


“We were all hopeful we were going to be able to produce a fully attended NFR,” Las Vegas Events president Pat Christenson said, despite the onset of COVID-19 in March.


But when it became apparent that state and local restrictions would prevent the Thomas & Mack Center from welcoming the world’s top cowboys and cowgirls for the first time in 35 years, it was Dallas-Fort Worth that cowboy’d up.


Millions of dollars were raised on short notice, providing the Professional Rodeo Cowboys Association and its contestants with a viable fallback option that was announced in September.


By moving the NFR to Globe Life Field in Arlington, Texas, the new $1.1 billion, 40,300-seat home of the Texas Rangers and site of this year’s World Series, enough tickets could be sold while theoretically not compromising the health of spectators.


Back where it started


So the NFR is returning to where it all began. The first NFR was in Dallas in 1959, as were the next two. The finals moved to Los Angeles for three years, then to Oklahoma City, where it remained through 1984 before beating a dusty trail to Las Vegas, where prize money has grown and multiplied.


Each December for 10 days, the NFR reminds the city of its cow town past while filling thousands of hotel rooms during what traditionally had been a slow time for tourism.


Not having it here, even for one year, will be another serious blow to a local economy that is growing weary of absorbing them.


The South Point has evolved into NFR central by hosting ancillary events that turn the first two weeks of every December into its most profitable.


“We have to bring in extra tables. We have to open our restaurants seven days a week. We have to hire temporary dealers just to handle the crowds,” Growney said.


“You go from the two best weeks of the year to the two worst,” Growney said. “I don’t know how it can be any more devastating than that.”


So there literally will not be a Cowboy Christmas in Las Vegas this year.


Cowboy Christmas, the official NFR gift show and one of the few companion events of the NFR that isn’t headquartered at the South Point, also will be moving to Dallas-Fort Worth, along with the Junior World Finals Rodeo. Both will be produced by Las Vegas Events.


Still, “Our fans that are used to an experience are probably going to get 25 percent of what they get in Las Vegas,” Christenson said.

During the hastily arranged news conference announcing the change of venue, many commented about missing out on the Las Vegas NFR experience. Some wrote emails to the Review-Journal expressing similar sentiment.


Helen Hill, a woman from a small Texas town called Van, wrote that attending the NFR in Las Vegas had been on her bucket list since she was 11.


She’s 44 now. Hill said she even offered to ride in the stock trailer with the bulls or broncs. That’s how badly she wanted to attend the rodeo in Las Vegas.


Not everybody in Texas was as melancholy about the NFR leaving Las Vegas, even temporarily. This would include the guy who wears a bigger hat than the world champion all-around cowboy.


In return for being a good partner — the staff at Las Vegas Events even created a ticket campaign for its counterparts in Dallas whose stated goal of selling 17,000 socially distanced tickets for each of 10 NFR performance in six weeks was accomplished in about 10 days, according to Christenson — Las Vegas’ NFR contract was extended one year to 2025.


Still, there is talk that should Dallas succeed in putting together a successful finals on such short notice, it might make a bid on stealing it away when the current deal expires. If nothing else, it might provide the PRCA with a bargaining chip when the next round of negotiations begin.

PRCA CEO George Taylor, who mentioned Las Vegas only in passing during the news conference announcing the site change, could not be reached for comment. Chairman of the board Jacobs Crawley was more forthcoming, but chose his words carefully.


“I can’t comment on that because mostly I’m concerned about the next 2½ weeks, you know what I mean,” said the world champion saddle bronc rider, with a sardonic laugh. “Truthfully, it’s a day-to-day deal.”


Crawley, a native of Ennis, Texas, who graduated from Texas A&M with an engineering degree, said it seems strange staying close to home this year instead of packing for Las Vegas. He also said the displaced cowboys and cowgirls are grateful to have found another home during difficult and uncertain times.


“Now there’s an excitement and a buzz for the NFR in a year where there hasn’t been a whole lot of excitement,” he said.


With the start of the finals set for Thursday, it’s almost time to cowboy up.


But there’s another colloquialism that Las Vegas officials hope to make clear to the cowboys and cowgirls and those who follow them around from town to dusty town.