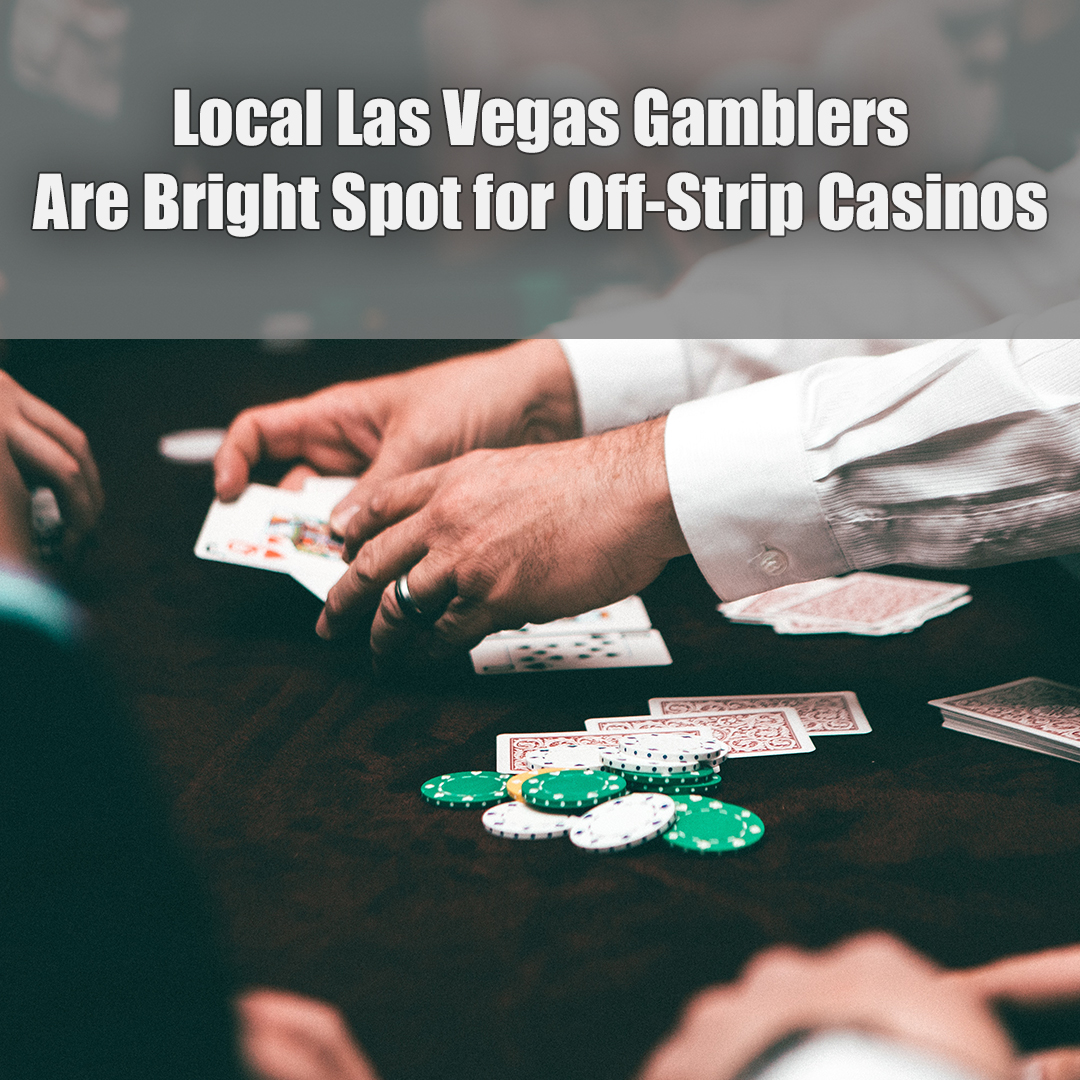 On a Friday afternoon in mid-October in Nevada, gamblers are trying their hand at Lady Luck on a row of video poker machines. There’s so much action that a line forms at the bank of 12 machines. But these gamblers are not at the Wynn, Treasure Island, the Venetian—they’re in a Smith’s grocery store nine miles from the Strip in Henderson.


Bill “Krackman” Krackomberger, a professional sports gambler who has been living in Las Vegas for nearly two decades, happened upon the gamblers while grocery shopping.


“I cannot believe what I saw—every slot machine was taken,” says Krackomberger. “There was actually a wait to play video poker at Smith’s. I was shocked.”


Casinos on the Las Vegas Strip have been struggling since the Covid-19 pandemic broke out in the U.S. in March, but off-Strip casinos and taverns are starting to rebound. Locals are spending their time and money gambling miles from the heart of Sin City, says Chad Beynon, an analyst at Macquarie Capital. Casinos in the suburbs of the Strip saw gambling revenues increase by 10% in August compared to the same time last year, according to a Macquarie report published earlier this month. Gambling revenue at casinos on Las Vegas Boulevard, however, dropped 39% in August year over year.


“Usually, you would think that given the layoffs on the Strip, the lack of tips for service industry workers and the Strip decelerating, that the locals market would be cautious,” says Beynon. “Yet, it’s a bright spot.”


Despite the fact that 90% of Nevada’s casinos have reopened after a two-and-a-half-month Covid-19 closure, business is not like it used to be. The Strip’s bread and butter is tourism and the number of visitors in August, 1.5 million people, is down 57% year over year, according to the Las Vegas Convention and Visitor Authority.


The Las Vegas Strip has a long road to recovery. Almost half of all visitors come by plane and air traffic is currently down by 60% from last year. Air traffic is unlikely to change until a Covid-19 vaccine. Fitch Ratings forecasts in a report published last week that overall revenue from the Strip will be down by 60% in 2020, and down by 50% in 2021. Fitch predicts that Strip casinos won’t recover to pre-pandemic levels until 2024.


Regional casinos across the U.S., on the other hand, will only see a 10% year over year decline in gaming revenue in the third quarter and a 15% decline in Q4, Fitch estimates. Regional casinos should experience a full recovery by 2023.


The off-Strip action is heating up, especially compared to the second quarter when local gambling revenue was down 75%. Beynon believes the local gambling market is doing well compared to the Strip due to three forces that are keeping local consumer sentiment high: the housing market is holding up, government stimulus checks, and big employers like Wynn Resorts, Las Vegas Sands and Red Rock Resorts paid their employees while on furlough. (Vegas is also home to a lot of retirees who were not affected by layoffs.)


For now, locals still have money to spend and, it seems, they’re spending it at off-Strip casinos and taverns. “These places are killing it. Go to any local bar with video poker, look at the parking lot, it’s unbelievable,” says Krackomberger, who founded his own sports betting app KrackWins.


Red Rock Resorts, which is majority owned by billionaire brothers Frank and Lorenzo Fertitta, has 10 off-Strip properties in Nevada. While its stock price is down 8% since last October, it has rallied 400% since crashing to $3.61 per share in March. The Palms on West Flamingo Road along with three other properties are temporarily closed, but Red Rock Resort, 10 miles from the Strip, is open and doesn’t rely on tourists. Its target customer is older and lives close by, Beynon says.


Another casino operator that relies on local business is Golden Entertainment. While Golden owns The Strat, a hotel-casino known for its 1,100-foot SkyPod jetting above the Strip, the company has a chain of 60 taverns under its PT’s Entertainment Group. PT’s taverns are local joints that serve beer and food and have video poker machines. Golden’s stock price is essentially flat since last year, but it’s up 260% since the March crash.


Early on Friday night, at a PT’s Pub near McCarran airport, the bar was full. “It’s all locals here,” the bartender says.


In contrast, Wynn Resorts, cofounded by billionaires Elaine and Steve Wynn, is heavily reliant on tourists. Wynn Resorts had to recently cut operating hours at its Encore properties in Las Vegas and Boston to Thursday to Monday. The company’s stock has rebounded since the March crash, but only by 67%.


Sheldon Adelson’s Las Vegas Sands, which owns the Venetian and the Palazzo, has most of its assets in Asia. Las Vegas Sands’ stock price is up 13% since March.


MGM, which is the biggest employer in Vegas and has a heavy presence on the Strip, has seen its stock price rebound 200% since March. The company’s regional businesses and its online gambling outfit likely buoyed the stock.


The big casinos will continue to post sluggish returns until tourists feel comfortable enough to return, but the local gambling market is expected to hold up.


Perhaps the strongest force responsible for the off-Strip casino rebound has nothing to do with consumer sentiment and stimulus checks. The Las Vegas local gambler spends more time and money in casinos than the average American gambler.


“Gambling is so ingrained in [local] life,” says Beynon. “The average adult loses roughly $300 per year gambling. In Las Vegas, that average is about $1,000 per person and it’s holding up in our current recession.”