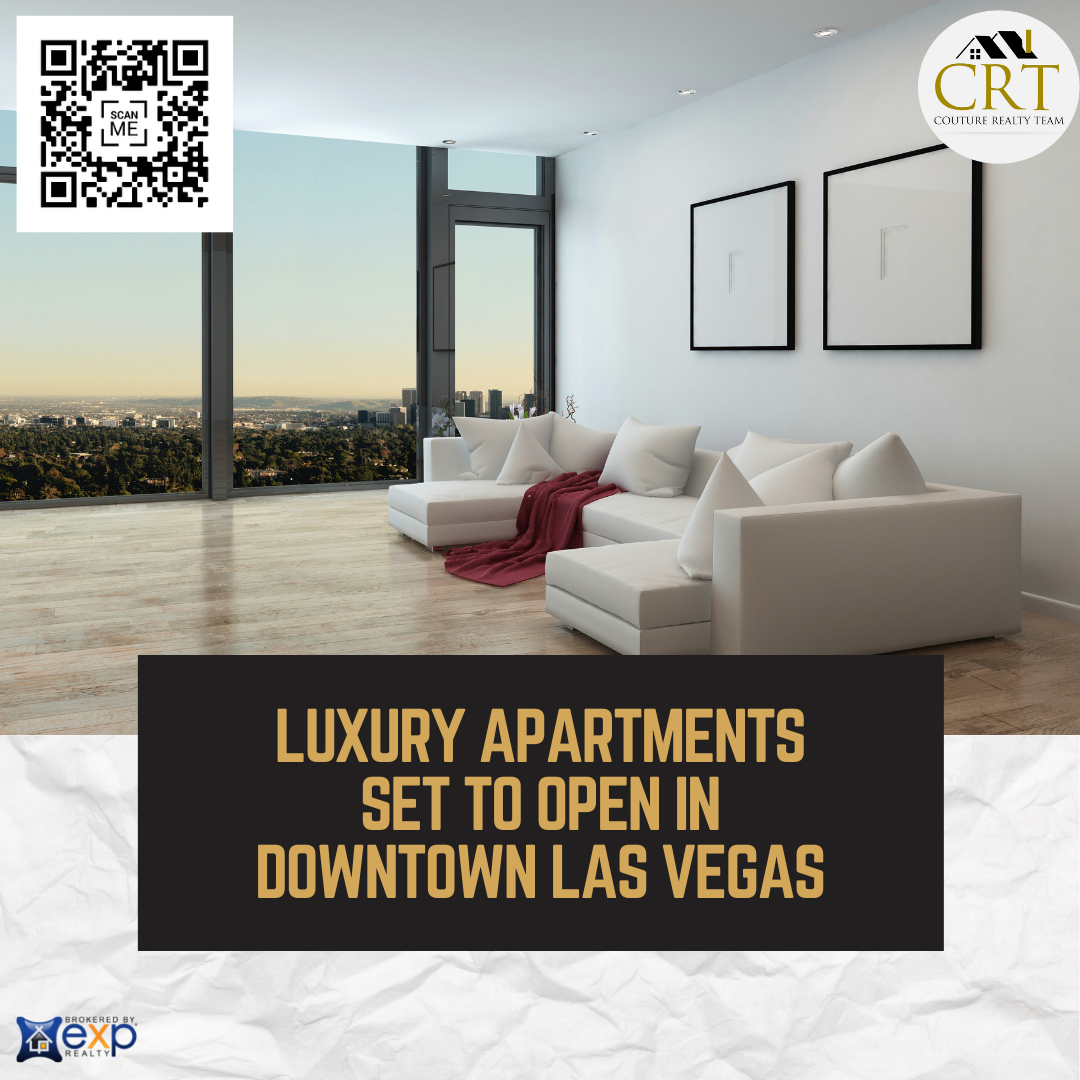 A two-story cabana with its own misters overlooks an expansive pool area at the new luxury Auric Symphony Park apartment complex in downtown Las Vegas.
It’s just one of the many amenities Nashville, Tennessee-based developer Southern Land Co. will unveil at the property’s grand opening Tuesday afternoon.
Kevin House, Southern Land Co.’s vice president of multifamily development west, spoke with the Review-Journal ahead of the opening, saying the firm has been looking forward to revitalizing the area.
“I think we were probably taking a little bit of a leap when we bought the site,” House said. “Tim (Downey), the founder of our company, really saw the vision of the area and saw what the city saw so we were excited to buy in and become part of the area.”
House also noted that the area — filled with neighboring buildings such as The Smith Center for the Performing Arts next door and World Market Center across the street — was in need of housing.
“We’ll bring even more bodies and more life to the area,” he said.
Southern Land Co. broke ground on the site two years ago. It sits next door to Parc Haven, another upscale apartment complex, whose ribbon cutting was held in May by Texas developer Aspen Heights Partners.
Auric Symphony Park community manager Cristina DiVicino said its property began accepting tenants in early July. And the 324-unit complex is about 30 percent pre-leased and 18 percent occupied.
The property consists of one- and two-bedroom apartments ranging from 591 square feet to 1,452 square feet. Monthly rents range from $1,495 for a junior one-bedroom to about $3,100 for a two-bedroom, two-bathroom apartment.
Tenants have access to a gym that will soon offer residents on-site fitness classes, bike storage with a workshop area and bike pump, a pet spa adjacent to a pet park offering free Auric-branded tennis balls for pets, and a resident’s lounge on the fifth floor with expansive views of The Smith Center and the Strip.
There’s also an estimated 21,000 square feet of ground-level retail and restaurant space, including a soon-to-be-announced restaurant from Al Solito Posto Chef and Partner James Trees.
House said the company is excited for the official launch of Auric Symphony Park, but he noted it’s one of many future openings.
That’s because the developer is currently gearing up to build another residential project west of its Auric complex, a 22-story residential tower and an adjacent five-story residential property.
“We’re actively pursuing more sites and there’s a lot more opportunity,” said House. “We’re seeing a lot more people migrate from the coasts and honestly, we’re just surprised how well this area is doing.”