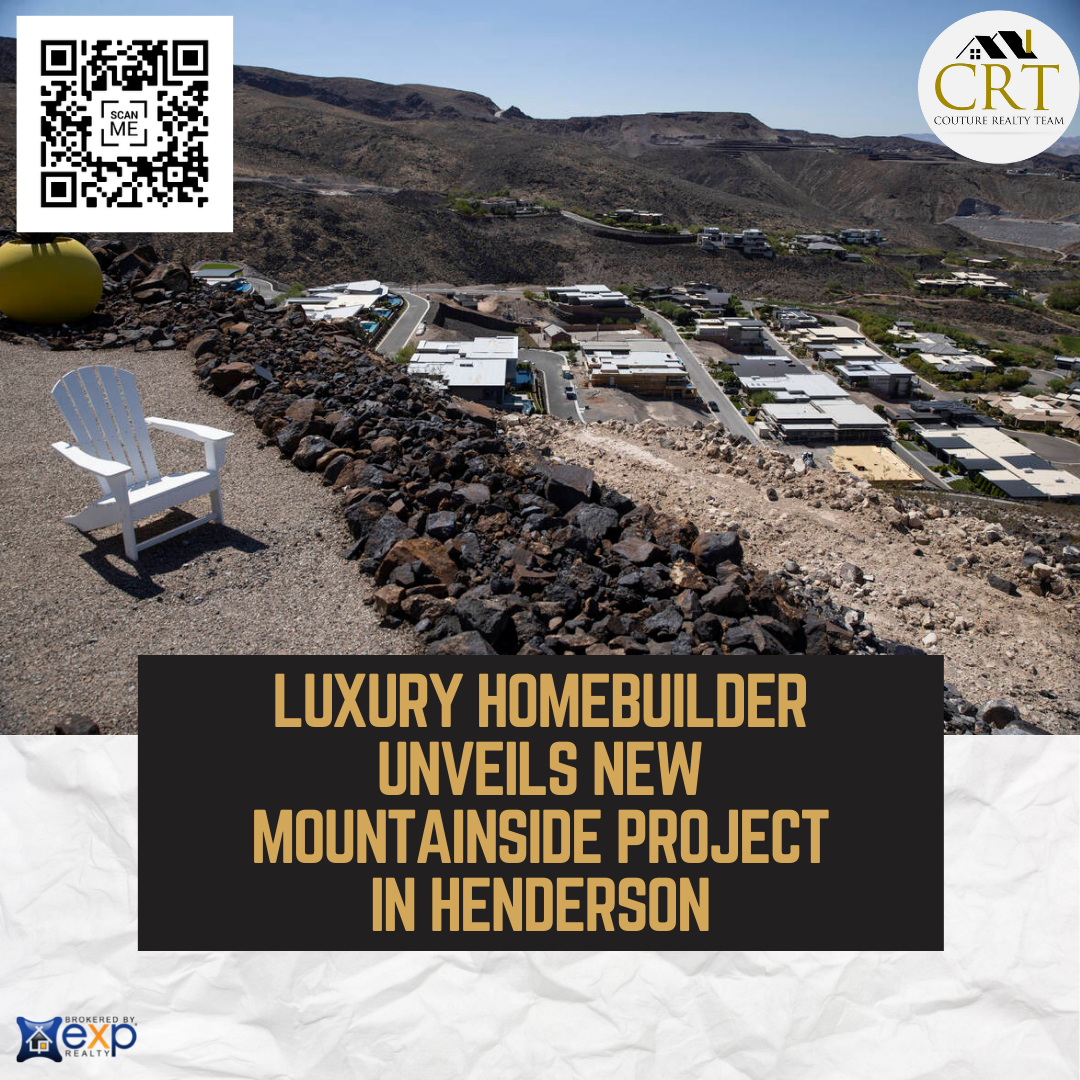 After introducing Vu, Vu Estates, and Vu Pointe, luxury home builder J. Christopher Stuhmer has unveiled another project that, as the name suggests, offers stunning views of the Las Vegas Valley.
His firm, Christopher Homes, announced plans this month for SkyVu, a 102-lot mountainside housing tract in MacDonald Highlands. Homes will span from 2,700 to 6,100-plus square feet, with prices expected to range from around $1.5 million to “well over” $2 million, a news release said.
This marks Stuhmer’s fourth Vu-branded housing tract in the wealthy Henderson enclave. SkyVu has no connection to the failed SkyVue observation wheel project on the Strip, which was by different developers and for years has consisted of little more than two giant concrete columns sticking out of the ground across from Mandalay Bay.
“We have no affiliation whatsoever with the Ferris wheel debacle,” Stuhmer told me.
Despite huge job losses sparked by the pandemic, Las Vegas’ housing market accelerated over the past year or so with rapid sales, record-high prices, and a barrage of bids for listings, thanks largely to rock-bottom mortgage rates that have let buyers stretch their budgets.
Luxury homes constitute a fraction of all sales in the valley, given their huge asking prices. But mansions have moved from one owner to the next at a faster pace, buyers have paid record prices for supersized dwellings, and people have snapped up lots to build custom houses.
Kristen Routh-Silberman, the listing agent for MacDonald Highlands’ developer-owned lots, told me this week that buyers had closed on 53 individual homesites in the community this year, and another 23 were under contract to sell.
By comparison, 21 lots traded hands there in 2020, she reported.
“We’ve never seen anything like it,” she said of the current sales volume.
Moreover, the billionaire founder of mortgage firm LoanDepot bought a three-story, 15,000-square-foot mansion in MacDonald Highlands in June for $25 million, the most expensive home sale ever recorded in Southern Nevada.
Stuhmer, who broke ground on his first Vu-branded project in MacDonald Highlands in 2016, said he has started grading the SkyVu site and expects to break ground on model homes in November.
The coronavirus outbreak initially sparked a sharp drop in home sales in Southern Nevada. But within months, the market started heating up, with the pandemic proving to be an “accelerant” for housing across the U.S., Stuhmer said.
Besides all the cheap money sloshing around, a key reason for Las Vegas’ acceleration is a bigger-than-usual tally of out-of-state buyers.
By all accounts, an increased number of Californians and other newcomers have bought homes in the valley amid the pandemic, letting them work remotely in larger, less expensive properties.
Routh-Silberman, a broker at Corcoran Global Living, said 95 percent of the California buyers in MacDonald Highlands used to hail from Southern California. This year, about 25 percent of its Golden State buyers are from the San Francisco Bay Area, she said.
She described them as the young, high-tech, “jet-set Bitcoin” type.
After the pandemic caused all kinds of chaos and turmoil last year, Las Vegas’ housing market regained its footing and embarked on what’s now a near-uninterrupted hot streak. As Stuhmer noted, who would have imagined the outbreak would get house hunters to slam their foot on the gas?
“Nobody did,” he said.